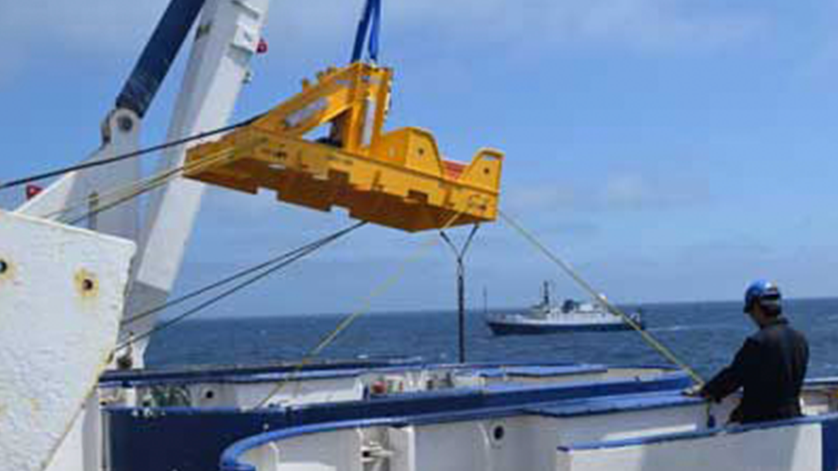 An initiative of the University of Victoria, Ocean Networks Canada (ONC) monitors ocean environments off the west and east coasts of Canada and the Arctic for scientific research, society, and industry. One of these observatories is NEPTUNE, a subsea system that comprises of an 815km loop of fiber optic cable, which connects a number of instrument sites that undertake monitoring across a wide range of ocean environments. Global Marine’s remit included the installation of four fiber optic cables with associated subsea plant on each end (mudmats).

The first phase of the project, which involved some cable recovery, was completed in October 2015; whilst the second phase that has just been completed; it presented a far greater engineering challenge. This required positioning the eight mudmats, each weighing approximately 1.8 tons with great precision in water depths ranging from 1,240 to 2,320 metres. This challenging project relied on the skill and experience of the officers and crew of the Wave Venture, who worked in combination with a second exploration vessel, Nautilus, who used its deep water ROV, Hercules, to provide touchdown monitoring of the mudmats and then connected them to the nodes and other instruments. Thanks to a high level of pre-project engineering planning and solution design, Wave Venture required only a single voyage to install the four cables and undertake some other related work.

“On behalf of Ocean Networks Canada we would like to extend a large thank you to the Wave Venture crew for their efforts and professionalism, as well as the Global Marine support team” said Ian Kulin, Associate Director, Marine Operations at ONC. “Working with the Wave Venture and the Nautilus, all planned work was completed successfully.” As a result, ONC’s top goals for 2016 were achieved.

John Walters, Director, Maintenance at Global Marine added, “This project required extensive planning by Ocean Networks Canada and Global Marine, all credit to the shipboard teams on Nautilus and Wave Venture who implemented those plans very well indeed. The outcome is testament to the versatility of Wave Venture and the North America Zone; it is not often offshore cable repair vessels are mobilized to handle mudmats and scientific nodes. We are delighted to have played our part in the reinstatement and expansion of the NEPTUNE observatory.”

Within the same voyage as the NEPTUNE cable installations, Global Marine also successfully completed an operation to reinstate connectivity to ONC’s Barkley Canyon Node under the North America Zone cable maintenance contract. This work firstly saw the Barkley Canyon spur cable recovered with the assistance of Hercules, before Global Marine experts jointed it to the 75m tail of the Barkley Canyon node, which was also on board Wave Venture having been previously recovered.

The node itself is housed inside a protective Trawl Resistant Frame (TRF), which weighs approximately 9.2 tons in total, and this was then deployed to the seabed approximately 12m from the Hydrates cable frame in 640m of water, and subsequently plugged into the node by Hercules. Next, the Upper Slope Science cable was recovered ready for ONC technicians to re- terminate. Once terminated, this was then redeployed to within the required 20m range of the node, and also plugged in by Hercules.  The successfully completed maintenance operations by Global Marine have reconnected scientific instruments, which had been out of action as a result of suspected trawl fishing activity since January 2015.