First Ever Submarine Interconnection Between Crete and Greece Completed 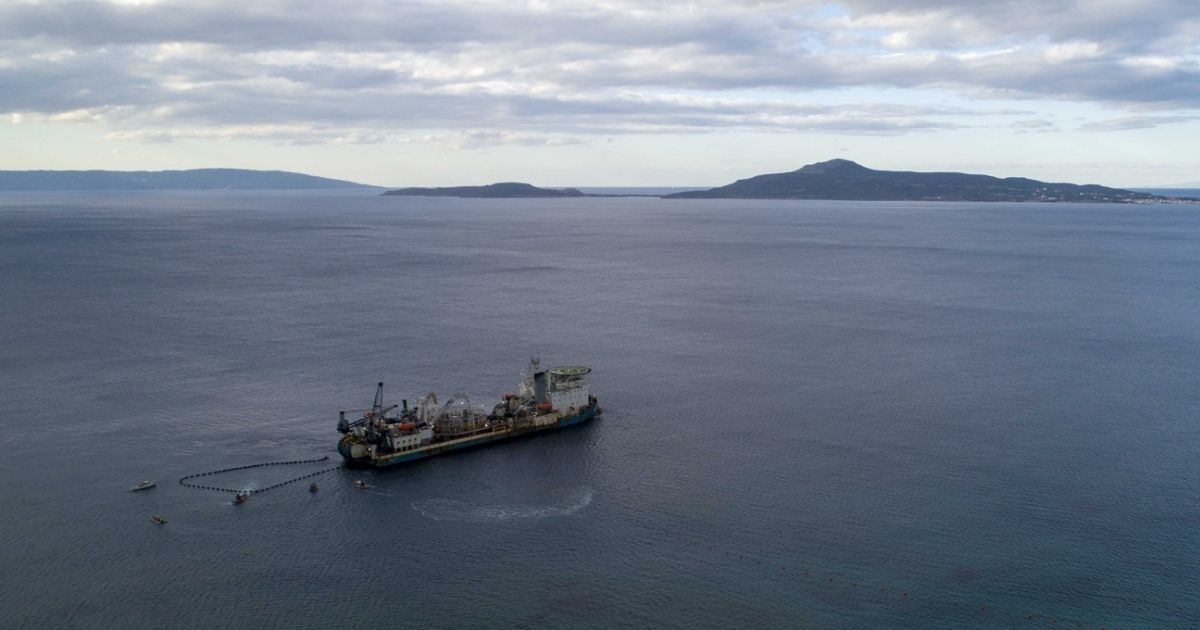 Prysmian Group and Independent Power Transmission Operator (IPTO) announce the successful completion of the submarine interconnection between the island of Crete and the Peloponnese peninsula, a record-breaking project in terms of length, depth and innovative HVAC cable technology.

Prysmian Group designed, supplied, and installed an HVAC (High Voltage Alternating Current) cable system composed of 135 km of 150 kV three-core cables with XLPE insulation and double-wire armoring. This is a record-breaking project, because Prysmian Group installed its innovative cable-system technology, based on a synthetic armor 30% lighter than steel, at a maximum water depth of approximately 1,000 meters for the first time.

The project has a total value of €125 million and was awarded to Prysmian Group in 2018 by IPTO, which operates the transmission system for Greece’s power grid. The first interconnection of Crete to the mainland of Greece is expected to go online over the next few months, ensuring reliable, affordable and sustainable power transmission.

“This project confirms Prysmian’s undisputed leadership in the submarine cable system industry as a truly reliable and dedicated partner in the execution of complex turn-key projects,” stated Hakan Ozmen, EVP Projects BU, Prysmian Group. “Our project execution capabilities have also been recognized by the recent ‘2020 Infrastructure Project award’, which acknowledged the Crete-Peloponnese interconnection as ’the project of records’. We are honored of IPTO’s long-standing trust in our expertise, and we are proud to be IPTO’s key partner in such a strategic project, linking for the first time ever the island of Crete to the Greek mainland power grids.”

“The interconnection of Crete to the mainland has been a long-term aspiration for the Greek people and it now comes true in record time”, stated Manos Manousakis, BoD Chairman & CEO, IPTO. “Prysmian is a trusted partner of IPTO, engaged in flagship projects in Greece such as the interconnection of Cyclades Islands and the Crete-Attica power link. The technology of high strength synthetic fibers - used for first time in this project- secures low weight and good mechanical performance, ideal for the high-depth Greek seas. The innovative technology used in Crete-Peloponnese project paths the way for reliable and resilient subsea interconnections in the challenging Aegean Sea.”