Completion of First Trial of Submarine Cable with Multicore Fiber 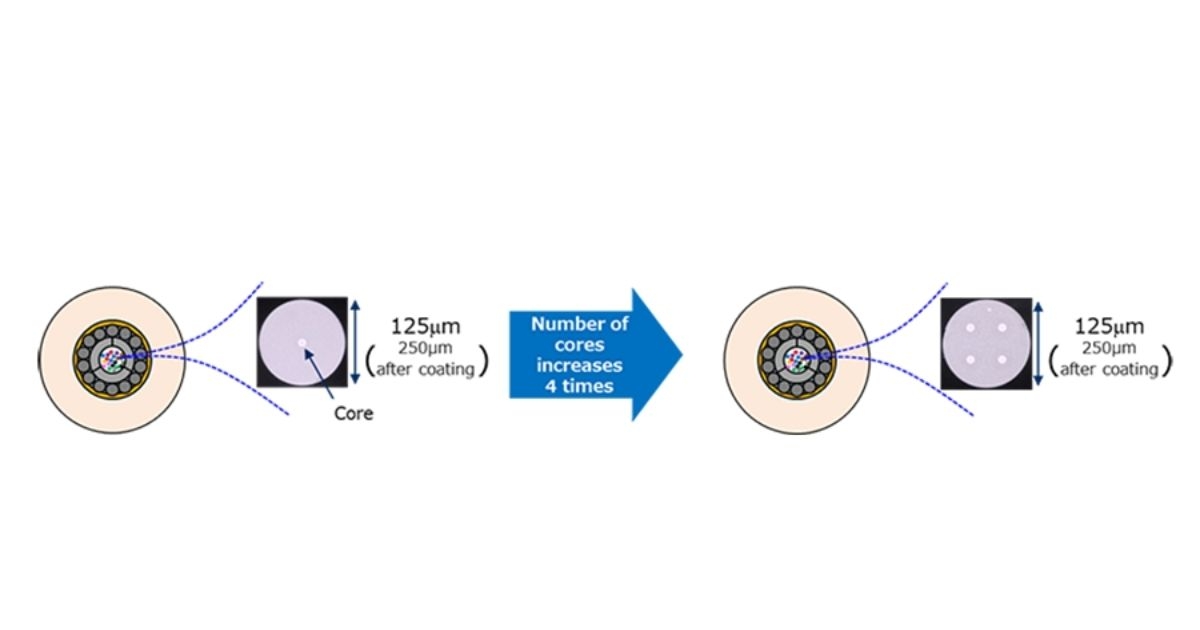 NEC Corporation, its subsidiary OCC Corporation and Sumitomo Electric Industries, Ltd. announces that they have completed the first trial of uncoupled (*1) 4-core submarine fiber cable (*2), and verified its transmission performance to meet the exacting demands of global telecommunications networks.   International data usage is expected to expand by 30-40% CAGR from 2020-2026 (*3), driven by factors such as the growth of 5G mobile data, and the need to share ever more content between data centers distributed around the world.

Conventional single mode fiber has a single core within an individual fiber. In contrast, each multicore fiber contains multiple cores (4 cores in this case). This represents a four-fold enlargement in the number of spatial channels for the same amount of optical fibers and with the same fiber structure: each fiber being 250µm diameter (0.25mm) after coating.   The uncoupled 4-core fiber is being deployed within the OCC SC500 series LW (Lightweight) cable, which has a 17mm outer diameter and withstands 8,000-meter water depth. This cable can accommodate up to 32 fibers. With multicore fiber, the number of cores can be increased without increasing the cable diameter, with corresponding benefits in the cost per bit of the cable system.

NEC and OCC have demonstrated that the cable's optical transmission performance in the water fully meets the exacting requirements of modern long-haul submarine cables. They further showed that the process of cabling Sumitomo Electric's multicore fiber has no effect on its optical characteristics, achieving excellent attenuation properties.   This research was supported by the Ministry of Internal Affairs and Communications (MIC), Japan, under the initiative "Research and Development of Innovative Optical Network Technology for a Novel Social Infrastructure" (JPMI00316).