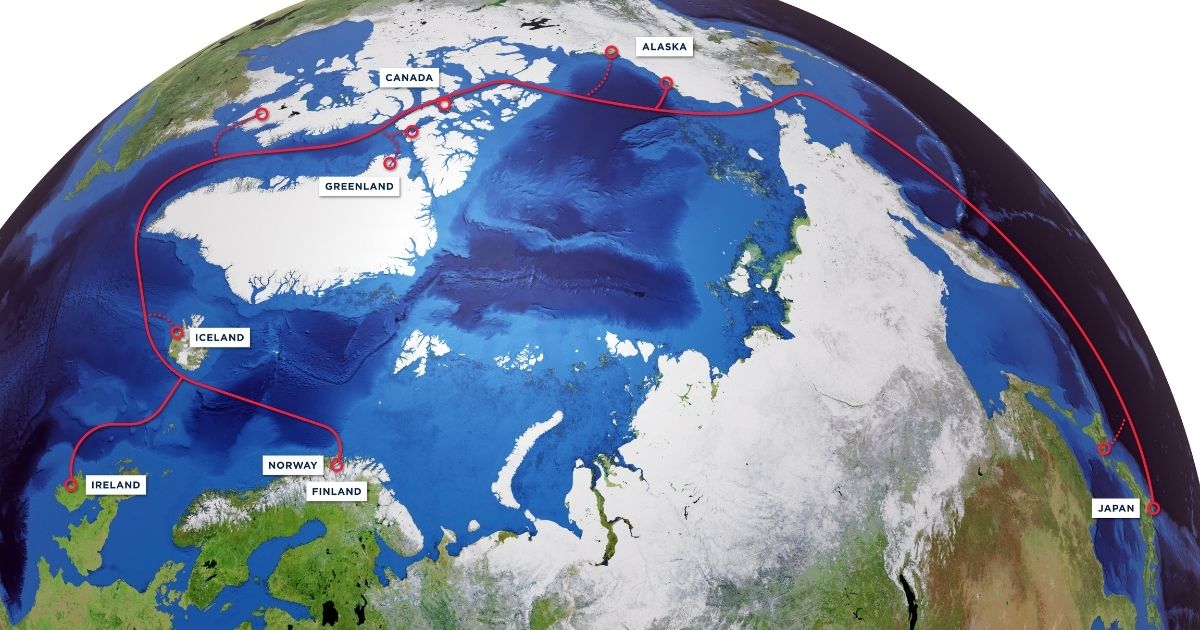 Cinia and Far North Digital have announced a joint effort to build a fiber optic cable system linking Europe and Asia through the Arctic. Alcatel Submarine Networks will take the lead on project design and installation.

The Finnish networks, cybersecurity and software solutions provider Cinia, and Far North Digital, a North American company focused on telecommunications infrastructure development have signed a Memorandum of Understanding (MoU) to build a submarine fiber optic cable. The planned cable system will run from Japan, via the Northwest Passage, to Europe with landings in Alaska and the Canadian Arctic. European landings are planned in Norway, Finland and Ireland.

“There is an increasing demand for secure and fast international connectivity with new diverse routes. Spanning three of the world’s largest internet adopting continents the Far North Fiber will be a true global venture”, says Ari-Jussi Knaapila CEO of Cinia.

In addition, True North Global Networks LP, a Canadian affiliate of Far North Digital, is committed to engagement with Indigenous organizations and local governments to develop a number of branch landings in Arctic Canada. Utilizing locally owned community-based digital networks a direct connection to the global internet will establish backbone services for high-speed broadband communications across this underserved region.

“This cable system is more than a way to speed and improve the security of telecommunications between nations, it is a bridge over the digital divide, providing Northern communities with better opportunities for sustainable self-determination through economic development, enhanced educational options, and improved access to healthcare.

Furthermore, it will serve as a platform that offers science an unparalleled ability to conduct research into climate change”, says Guy Houser, Chief Technical Officer of Far North Digital.

In Asia the main gateway for cable system is Japan.

"The Arctic connection between Japan and northern Europe has long been a shared passion of Japan and Cinia, as the diversity of international connections is vital to Japan. Prime Minister Kishida has announced a new digital vision including a plan to build new landing points around the island country. My long-term plan about Hokkaido being a natural gateway to North and East is becoming reality. I’m very excited to be part of the Far North Fiber initiative”, says Jun Murai, Professor at Keio University and Special Adviser to the Japanese Cabinet.

The targeted Ready for Service of cable is by the end of the year 2025. Cost estimate for project is approximately 1 billion euros (1.15 billion USD). Industry leader Alcatel Submarine Networks has been chosen as the lead EPC (engineering, procurement, construction) partner for the project.