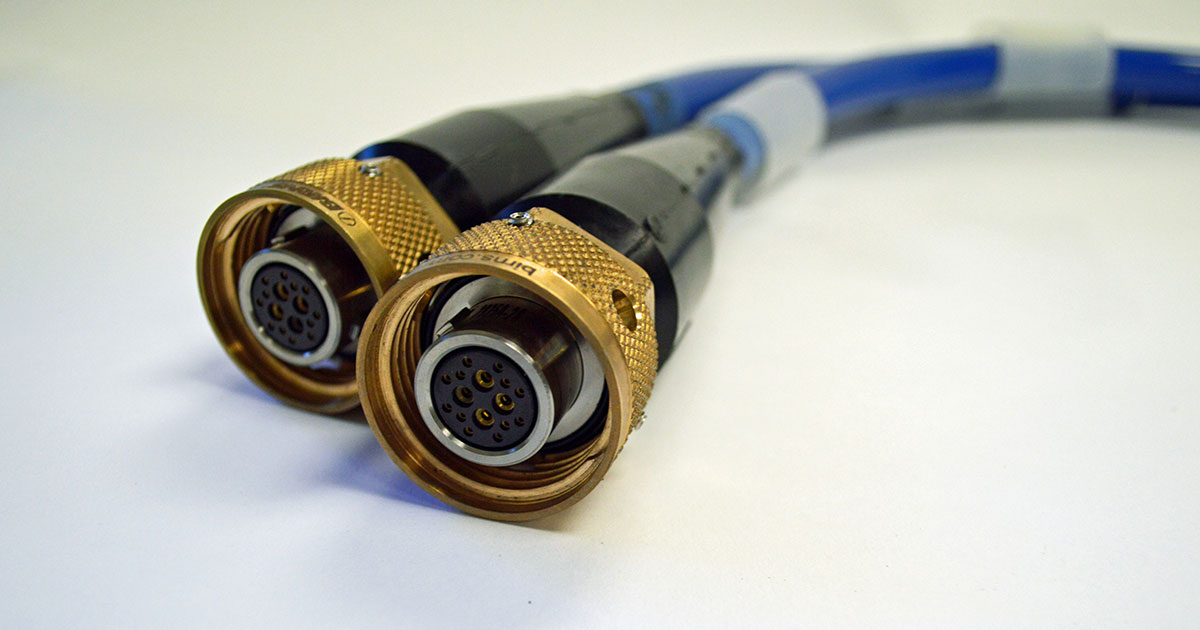 Performance testing proved that data consistently transmitted at this rate over the entire range of pressures from 0 to 8700 PSI/600 bar (6000m equivalent depth). The initial pin configuration in the 6km-rated BIRNS Millennium™ connector series tested for the capability is the BIRNS 3M-16, a configuration with twelve 22-AWG data contacts and four 16 AWG contacts for power. Additional high data-rate configurations in the series are expected to be introduced soon, using the exclusive BIRNS 52A-278 cable.

The team at BIRNS developed the revolutionary new ultra-highspeed cable assembly capability in answer to industry demands for true Gigabit data transfer for advanced subsea vehicles. “We were recently asked by a customer if it was possible to develop a system with transfer rates up to 10Gb/s,” said Eric Birns, President and CEO of BIRNS. “After exhaustive testing, we believe our new cable assembly technology actually exceeds that rate—however, existing computer technology limits accurately testing anything above 9.4Gb/s. We are thrilled to be leading the industry with these new proven data transfer speeds, and look forward to expanding upon it.”