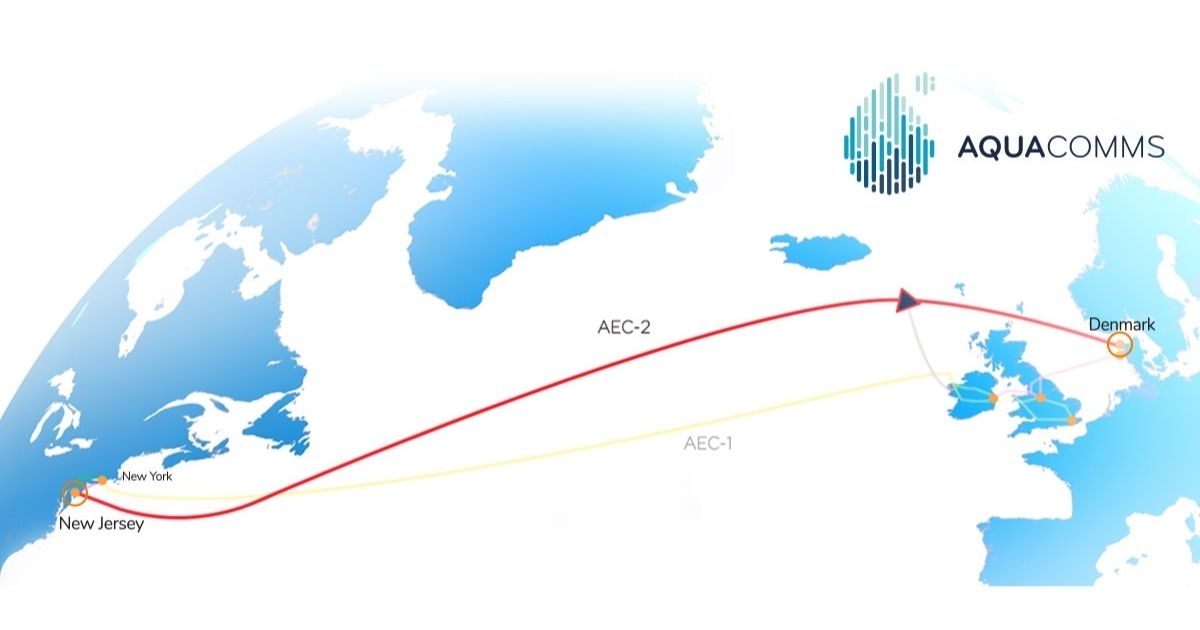 AEC-2 was designed for complete redundancy and diversity to support key data center connectivity routes across the North Atlantic. These include connecting key US locations such as Ashburn, VA and 165 Halsey Street in New Jersey to Copenhagen in Denmark and the wider Nordic region as well as critical existing locations throughout Europe including Amsterdam, Frankfurt and Hamburg.

“As part of Aqua Comms’ expansion in the North Atlantic and across the globe, we are delighted to launch our second Trans-Atlantic cable, AEC-2, providing a new and diverse route that supports the critical data center markets in the US and Northern Europe,” comments Nigel Bayliff, Chief Executive Officer of Aqua Comms. “Data traffic continues to grow exponentially, and we are looking forward to delivering industry-leading services to our customers over this new cable system.”

AEC-2 forms part of the North Atlantic Loop, that along with two new cables planned to go RFS in early 2021, will form a resilient, ring-based subsea infrastructure link between the East Coast of the United States, Ireland, the UK and the Nordics. To learn more about Aqua Comms, click here.