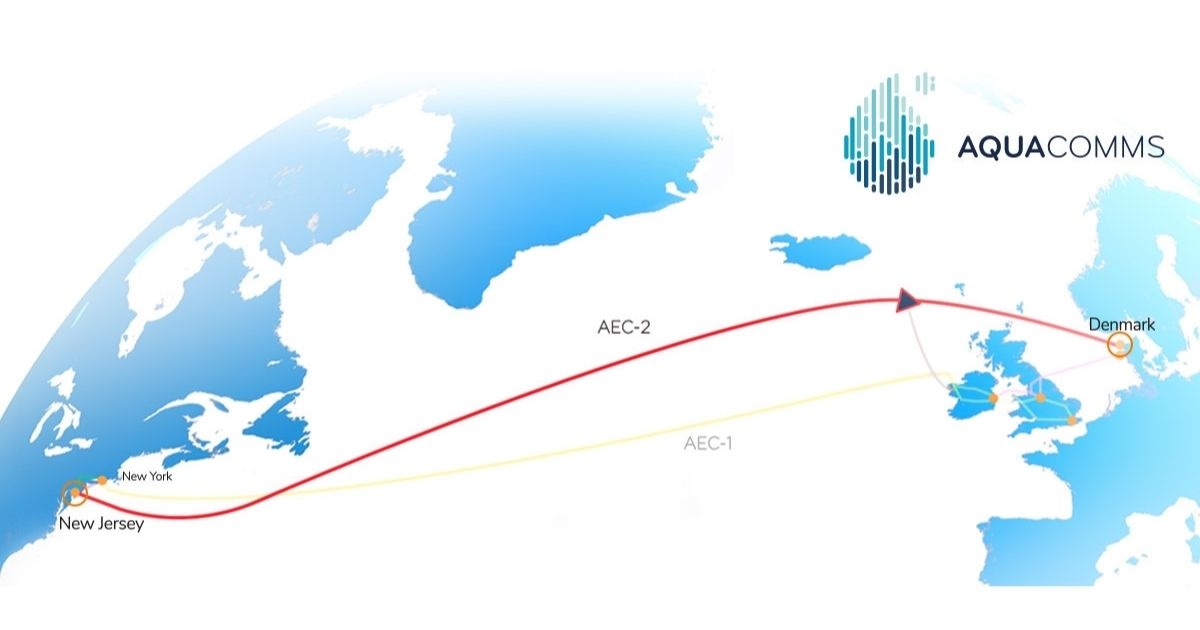 “Moving at high speed is key and Ciena’s strong history of innovation has been instrumental in our ability to adapt to changing network requirements. With Ciena’s GeoMesh Extreme submarine network solution we are not only boosting our submarine network capacity but also adopting AI capabilities and software intelligence, bringing greater velocity and simplicity to our network,” said Andy Hudson, Chief Networks Officer, Aqua Comms.

Aqua Comms owns two major subsea networks: AEC-1 that connects the US, Ireland, the UK, and AEC-2, which connects North America with Scandinavia, Ireland and the UK. With Ciena, the AEC-1 path, that spans 5,521 km and connects New York to Ireland and the UK, has been completely modernized and upgraded to support 400GbE services leveraging Ciena’s WaveLogic 5 Extreme (WL5e), doubling the cable’s capacity to almost 20Tb/s.

Aqua Comms is also utilizing Ciena’s technology to enhance the 7,650 km AEC-2 network to support up to 500G Trans-Atlantic channel rates and the introduction of spectrum sharing and backhaul capabilities for its customers.

“Aqua Comms has proven to be a trail blazer in the subsea market,” said Ian Clarke, Vice President of Global Submarine Solutions, Ciena. “With these network enhancements Aqua Comms can offer greater efficiencies and reliability across its network and support the hyper-growth traffic between the US and Europe.”