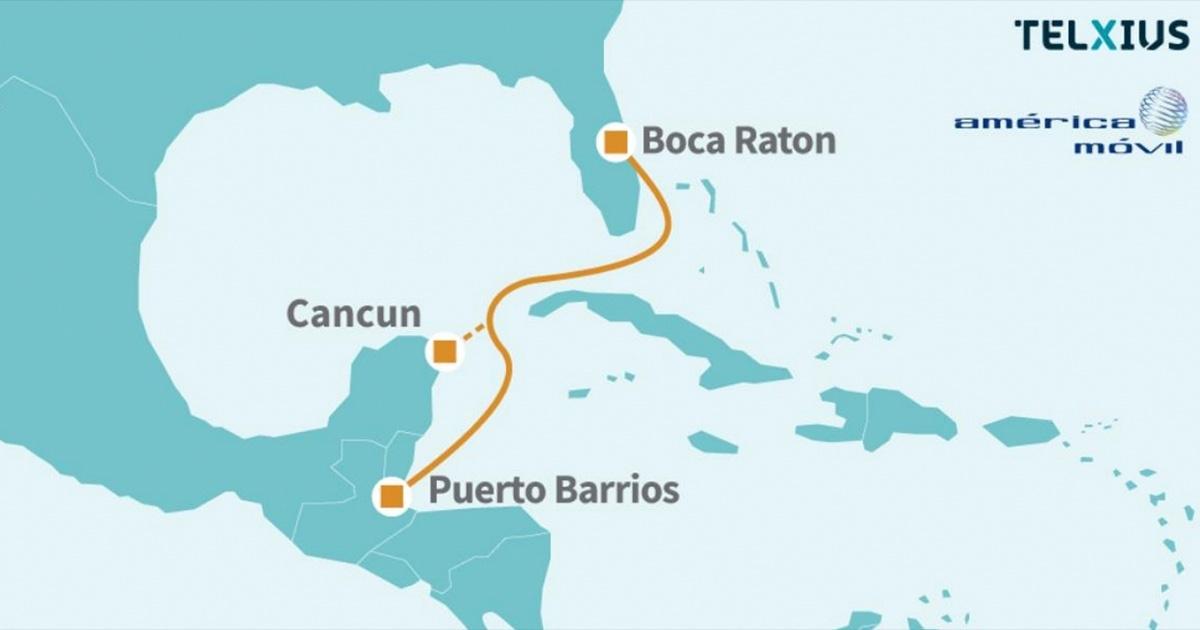 América Móvil and Telxius announces the deployment of a new ultrahigh capacity subsea cable to link Guatemala and the United States.

This is part of the ongoing commitment of the two largest telecommunication groups in Latin America to improve global communications, Telxius being a company controlled by Telefónica.

Named AMX3 by América Móvil and Tikal by Telxius, this subsea cable will be the highest capacity undersea cable to connect Puerto Barrios (Guatemala) with Boca Raton (US), with an additional possible landing in Cancun (Mexico). Featuring an initial estimated capacity of 190 Tbps, the cable serves a key route in the Caribbean with the highest levels of service, reliability and security. The supply contract is already in force with ASN and provides options to increase capacity and to incorporate additional branching units to serve other destinations.

For América Móvil, this is a new step to build a most extensive subsea network in the Americas, which delivers capacity through more than 197 thousand km of submarine cables, including the AMX-1 submarine cable that extends 18,300 km and connects the United States to Central and South America with 13 landing points and also the South Pacific Submarine Cable that extends 7,300 km along the Latin American Pacific coast, connecting Guatemala, Ecuador, Peru and Chile with five landing points. Both systems provide international connectivity to all of their subsidiaries in these geographic areas.

For Telxius, Tikal is the 7th new next-generation cable to complete its network since 2018 in addition to Brusa, Mistral, Tannat, Junior, Marea and Dunant. This means a multiterabit, robust set of new next-generation subsea cables fully serving the Americas and Europe while enhancing Telxius traditional routes. Overall, Telxius will feature a 82,000 km network that has been designed to connect the main digital data hubs on both sides of the Atlantic.