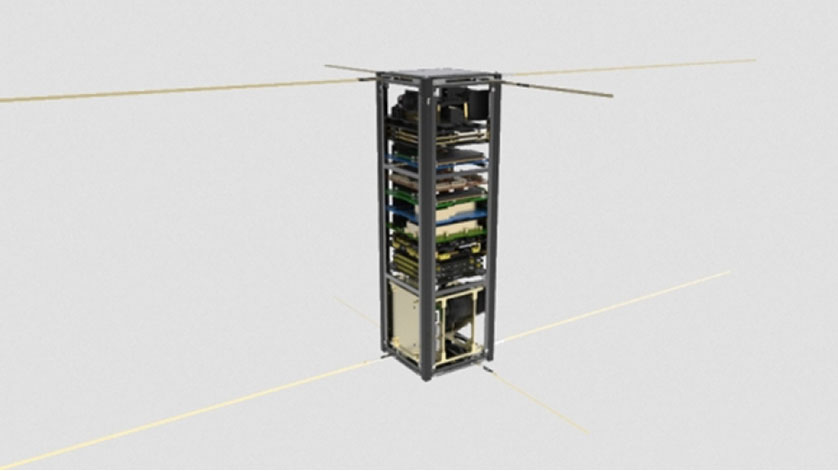 On 18 April, South Africa’s Minister of Science and Technology, Mmamoloko Kubayi-Ngubane, participated in a ceremony to send off South Africa's second nanosatellite to India, where it will be launched on 18 July.

The primary mission objective of ZACUBE-2 is to demonstrate vessel-tracking services in the South African Exclusive Economic Zone in support of the Oceans Economy component of Operation Phakisa. Operation Phakisa is intended to fast-track the implementation of the National Development Plan.

Described as the most advanced on the continent, the satellite will provide cutting-edge remote sensing and communication services to South Africa and the region. The 4 kg ZACUBE-2 was developed by the French South African Institute of Technology (F'SATI) at the Cape Peninsula University of Technology (CPUT).

The 10 x 10 x 10 x 30 cm satellite will track vessels along South Africa's coasts, with its automatic identification system (AIS) payload providing information on their position, speed and registration. The AIS will also proactively detect forest fires through an imager payload developed by the Council for Scientific and Industrial Research (CSIR).

In June 2016, the university launched its Research Chair in Oceans Economy, cementing its overall contribution to Operation Phakisa. ZACUBE-2 is a precursor to a constellation of nanosatellites that will be developed to facilitate South African marine domain awareness. This will support international maritime communications, from the current AIS to the evolving VHF Data Exchange Service.

Speaking at the send-off, Minister Kubayi-Ngubane welcomed the successful development of the nanosatellite, as monitoring the continental shelf was a critical part of Operation Phakisa and required a dedicated low-cost solution.

"The Department of Science and Technology saw an opportunity to contribute to Operation Phakisa by ensuring that the country can monitor its 3 000 km coastline effectively," said the Minister.