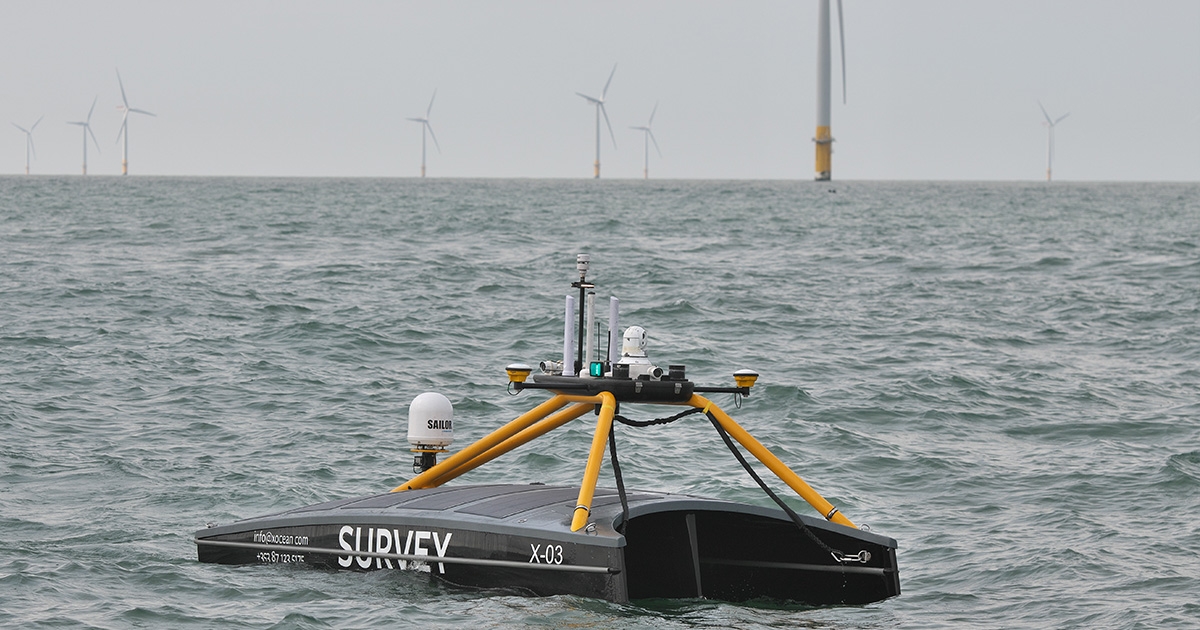 As the rapid expansion of the offshore wind industry continues worldwide, one of the challenges facing developers at each phase of an offshore wind farm’s 40-year lifespan is the ongoing survey and data requirements.

Since its commercial launch in 2019, XOCEAN has completed over 65,000 operational hours of survey for world leading energy companies and has worked on over 150 projects in 18 jurisdictions globally. In the first half of 2022 alone, XOCEAN has delivered 12,000 hours of carbon neutral uncrewed survey operations to offshore wind farms. Completing 36 missions using multiple USVs across 7 jurisdictions, supporting the development of 14.6 GW of new offshore wind whilst increasing the number of vessels in the fleet to 23 to meet this growing demand.

XOCEAN recently completed a series of site surveys for bp’s Morgan and Mona offshore wind farms, located approximately 30km’s off the coast in the Irish Sea. These two wind farms being developed by bp and EnBW have a combined area of approximately 800 km². Once operational, they will have a generating capacity of 3 GW by 2029.

XOCEAN were contracted by bp to acquire high-resolution seabed surveys in water depths ranging from 0-35m, as part of the overall geophysical site surveys required for the preconstruction phases. The high-quality data collected will give the windfarms engineering and project teams insights to create robust designs for the sites.

With work commencing in 2021, the Morgan and Mona project took place over four phases in a two-year period covering 20,000 survey line kilometres. The XOCEAN team were able to quickly mobilise USVs to site in the Irish Sea, completing over 300 survey days. 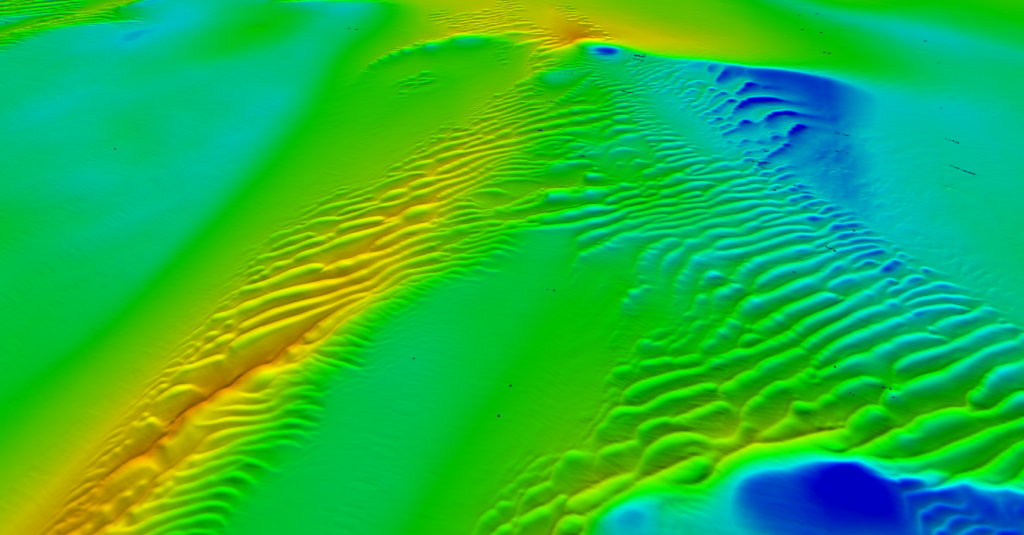 To maximise efficiency in data collection, multiple USVs were deployed to the site with up to four operating at a time.

XOCEAN delivered 70,000 GBs of high-quality bathymetry data, as well as recording Backscatter and Water Column data. Drone footage of the cable landing site was captured as part of the overall scope of the project, to identify the connection points from the windfarm to the coast. XOCEAN’s USVs emit just 0.1% of the CO2 of a conventional vessel, saving 35,000kgs of carbon during the project.

By utilising XOCEAN’s USV technology, the data collected will enable bp to build the most efficient offshore wind farms possible, identifying viable options for the export cable corridors with a much-reduced carbon footprint.

XOCEAN have been engaged in ongoing seabed monitoring and construction surveys at Ørsted‘s Greater Changhua 1 & 2a Offshore Wind Farms, located between 35 to 60km’s off the coast of Changhua County, Taiwan. At the 108.7 km2 site where continued construction is taking place, until this time XOCEAN have completed 160 seabed surveys within the wind farm in various stages of the construction, including surveys around the wind turbine generators and offshore sub-station positions in water depths ranging from 30 to 45 metres. 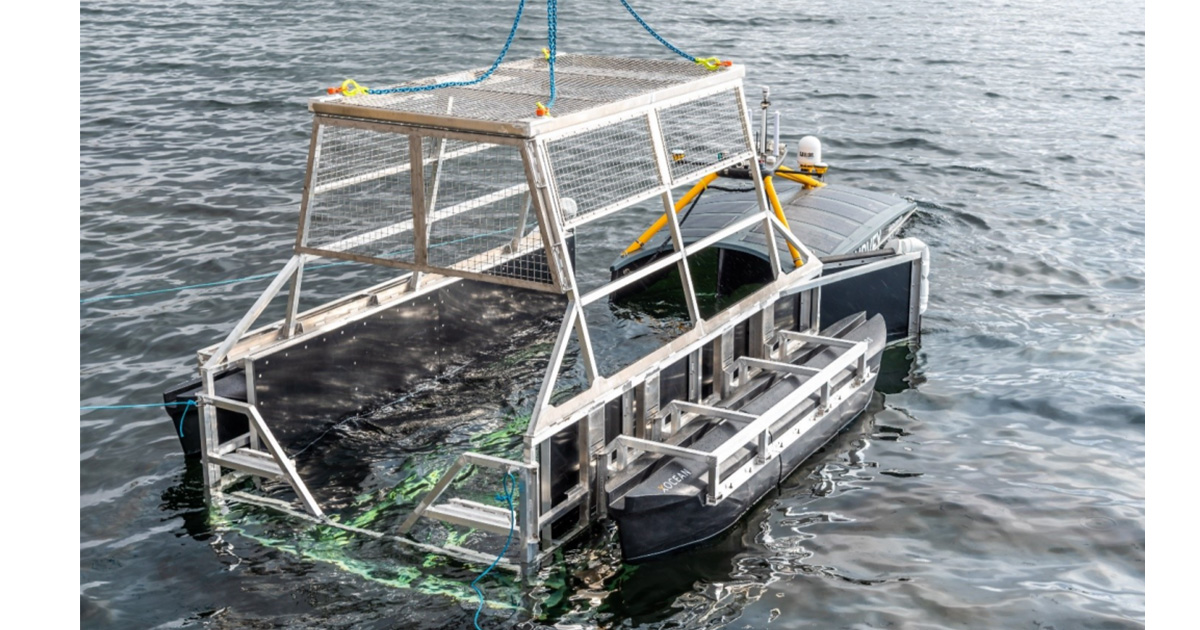 During the construction phase of these large offshore wind farms, an accurate and consistent view of the seabed is required, as well as insight into the integrity of the turbines and cables being installed to allow the project and engineering teams to make informed decisions as they move through installation and development at the site.

To maximise efficiency and flexibility, mobilisation on site has been aided by deploying the USV from a service operations vessel (SOV) using our custom Launch and Recovery System (LARS).

Safety during construction is a principal factor in the risk evaluation and management of an offshore wind farm. With the small size of XOCEAN’s XO-450 USV, this has allowed for minimal interference as construction takes place. USV Pilots monitor and have full command & control through XOCEAN’s highly secure cloud-based environment, Cyberdeck.

With 26 successful missions completed over the past year, productivity has been maximised at the Greater Changhua 1 & 2a sites by utilising XOCEAN’s USV technology, whereby data collection quickly takes place and is fed back 24 hours a day, seven days a week. XOCEAN can safely deliver high-quality bathymetry data in these challenging locations.

To maximise efficiency, the XOCEAN team quickly mobilised to site within 48 hours and completed the project in just nine days. Using multiple USVs allowed for swift data collection of the cable routes, whereby two USVs were deployed to inspect the foundations and inter-array cables while a third USV inspected the export cables.

While the strong tides and shallow waters of the Sheringham Shoal site may have presented challenges to a traditional vessel, due to the small size and weight of the USVs, XOCEAN could quickly mobilise to and navigate the site to acquire the data for the client. 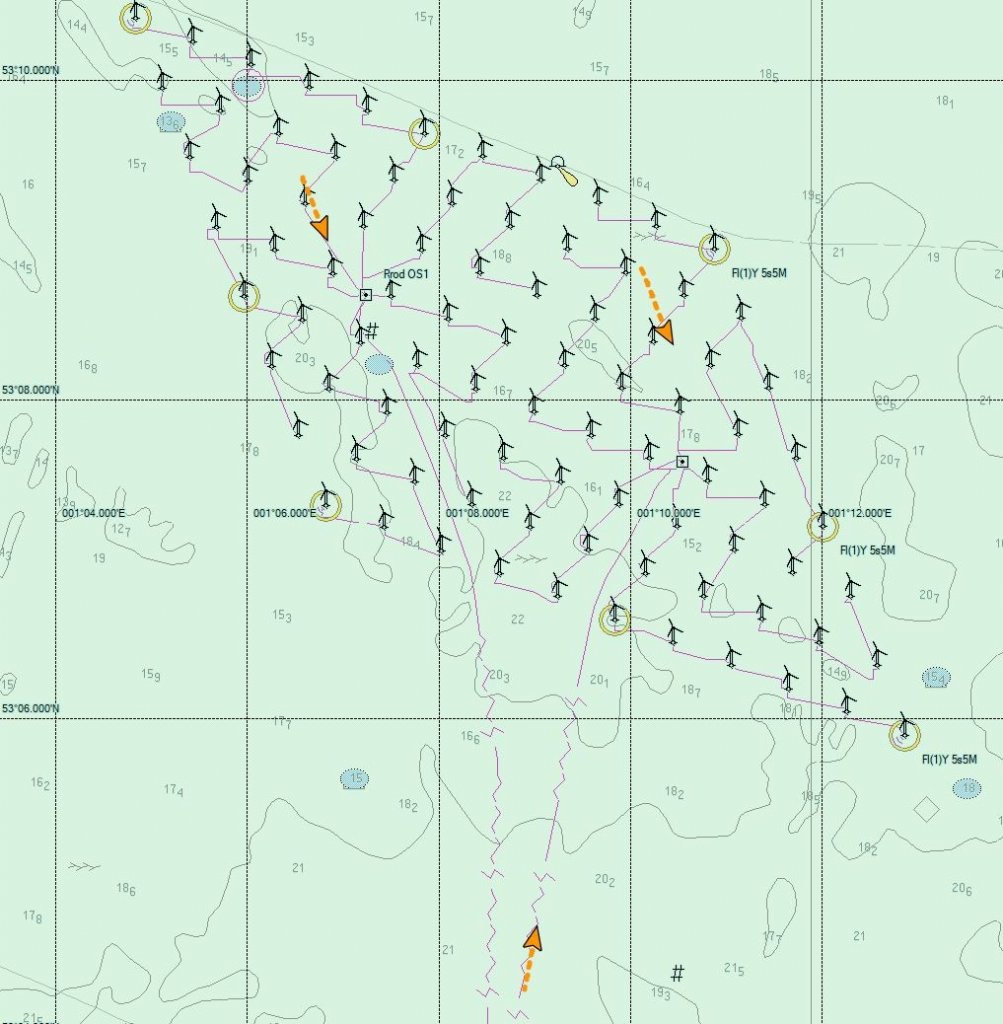 XOCEAN efficiently & safely delivered high quality bathymetry and backscatter data for Reach Susbsea, sharing the results with Equinor in HTML format, that allowed the project teams to identify any potential changes to the seabed that would compromise the integrity of the windfarm.

XOCEAN are proud of our continued partnership with SSE, having completed surveys on 16 projects with their teams over the past three years, returning to many of their offshore windfarm sites in this time. Two such projects include Dogger Bank C and Greater Gabbard completing surveys at different stages of their offshore wind farms lifecycles:

In 2021 XOCEAN performed a geophysical scouting survey of the third phase of Dogger Bank Offshore Wind Farm’s export cable route. Travelling up to 236 km offshore off the north-east coast of Yorkshire, Dogger Bank C wind farm is part of the soon to be largest offshore wind farm in the world, that will provide the UK with 3.6 GW of power by 2026.

Dogger Bank Wind Farm is a joint venture between SSE Renewables, Equinor and Eni Plenitude. It’s being built in three phases known as Dogger Bank A, B and C, with XOCEAN supporting the project through a sub-contract with Fugro.

XOCEAN were engaged by Dogger Bank Wind Farm to provide geophysical and environmental data to understand the routing options for an engineering corridor for installation of the export cable route. 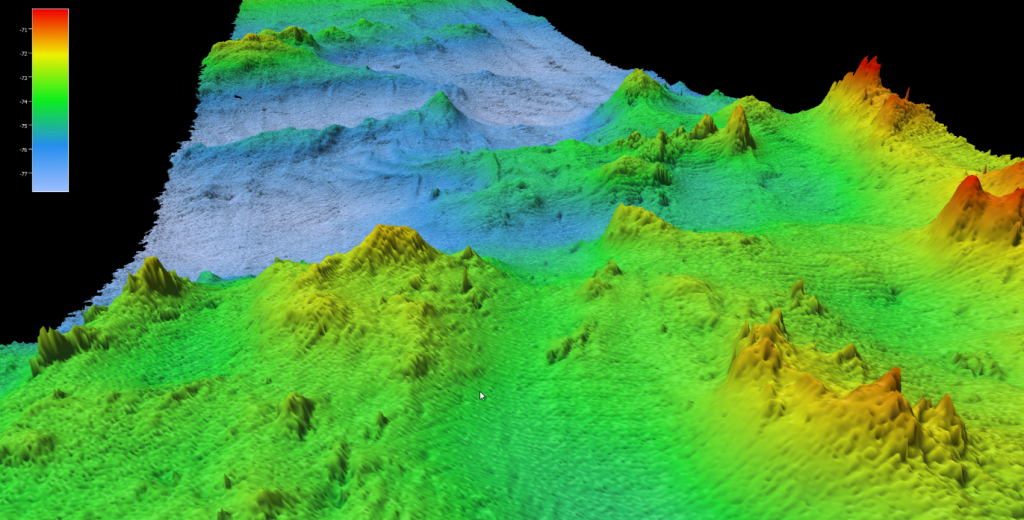 Efficiency was ensured by deploying two USVs to the site for swift data collection. In site conditions of up to 2.5m wave heights and water depths ranging from 18m up to 36m, XOCEAN’s USVs acquired high-resolution seabed data for the project team.

Using a Multibeam Echosounder and Sub-bottom Profiler to deliver over 1,750-line kms of high-quality bathymetric and backscatter data allowed SSE to determine water depths, topography, gradients, rugosity, and micro-elevation. The high-resolution sub-bottom data was used to determine the shallow sub-surface soil conditions that may influence foundation and cable installation.

XOCEAN have regularly returned to SSE’s 140-turbine Greater Gabbard site located in the North Sea, around 20 km off the coast of Suffolk. Over the past two years, SSE have engaged XOCEAN to provide routine operations & maintenance surveys of the 147 km2 windfarm.

In one such mission over this period, XOCEAN were contracted by SSE to perform inter array cable inspection surveys to assess the depth of burial along seven cables and at two turbine locations in preparation for the arrival of a jack-up vessel.

XOCEAN provided SSE with over 370 survey line kms of high-quality bathymetry data in this high current environment in water depths ranging from 2 to 30 metres. The data collected allowed the project team to identify the state of burial or exposure of the windfarms cables, and as a result deploy sufficient protection systems to ensure the integrity and optimal operation of the cables and turbines.

Continued growth of the global ocean economy is driving the need for high-quality ocean data to enable informed decisions and support the development of offshore wind farm projects. The requirement to survey areas to modern standards is also ongoing for the creation and updating of navigational products, which support global shipping, trade and numerous other activities related to our oceans. By using USVs we can increase the rate at which ocean data is collected, support the growth of the Blue Economy, and conduct carbon neutral operations to help utilise our oceans in a sustainable way.