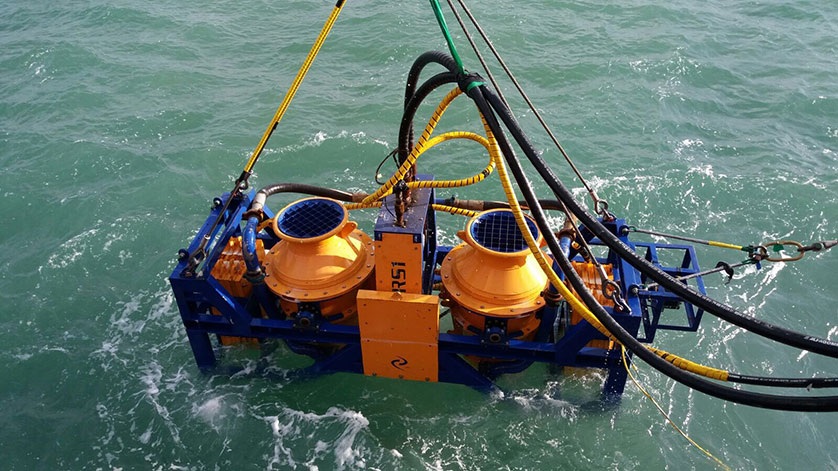 It has been a busy year for Rotech Subsea Ltd. This Controlled Flow Excavation pioneer’s feet have barely touched the ground as the company geared up to meet a growing worldwide demand for their cutting-edge trenching, excavation and cable grab tools.

A globetrotting year saw the Rotech Subsea team deploy their TRS1 to a major Belgian offshore wind farm. Having been awarded a whole project scope by the international cabling contractor - that would see Rotech Subsea conduct the survey, manage the vessel and finally deploy the tool on a rectification scope - the team successfully carried out a cable lowering to specification depth using the TRS1 (with jets).

“This is another great achievement and milestone for the Rotech Group where we managed the whole campaign, utilising all our divisions to plan, prepare and execute this valued project,” said Di-rector of Subsea, Stephen Cochrane. “Our three companies - Fabrication, Engineering and Subsea - delivered a successful and safe campaign and brought a unique service not only in the ad-vantages of the TRS1 trenching system, but in the skills needed to bring everything together and meet our client’s needs.

“Successful, safe and efficient completion of such scopes has really raised awareness of Rotech Subsea’s capabilities,” added Cochrane. “Q3 and Q4 of 2017 saw us receive a flurry of calls from clients who, having seen the tools at work first-hand, enquired about contracting us on primary trenching scopes as well as IRM remedial work.

“Indeed, with Rotech Subsea known to be deployed in European waters, we have been inundated with enquiries to keep the tool on vessel and deploy for other clients in the region, while, Rotech Fabrication - our in-house fabrication unit - have been building more tools to meet demand at home and overseas.”

Not only have Rotech Subsea enjoyed a stellar year, but the company have moved into new mar-kets and found themselves in demand not just for IRM scopes - where the company have earned a reputation as having the most effective remedial tool on the market - but as the partner of choice for entire scopes of work (managing survey, vessel & tool operations) as well as the preferred trenching method for a growing number of clients who are looking to move away from less efficient and effective existing methods.