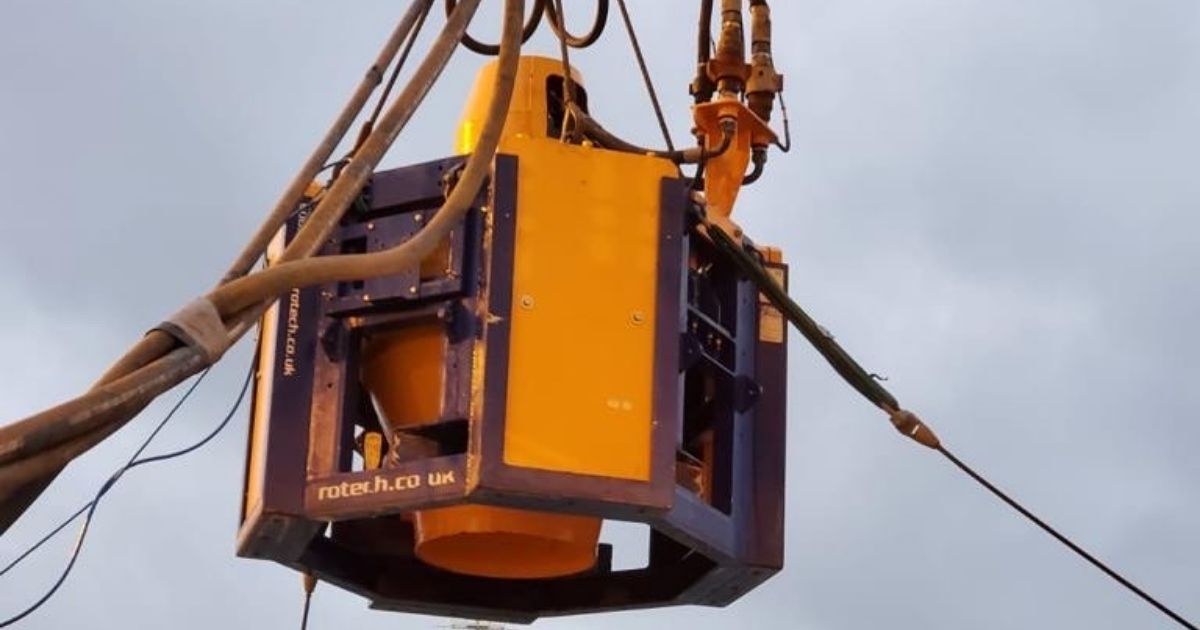 Rotech Subsea were contracted to carry out cable de-burial and post-lay trenching works on multiple sections of the offshore wind farm. The client requested Rotech’s RS2 for the de-burial of cables in one section which were buried 1.5m below Mean Sea Bed Level. The jet trenching tool was also deployed for the burial work of cables in another sector of the OWF which were required to be buried to client specification of 1.5m top of cable.

The subsea spread of equipment was mobilized in Q4, 2020 with the Controlled Flow Excavation tool operating in water depths of up to 32m LAT. Soil conditions in the de-burial sector were loose with the presence of clay.

The project was a great success with the client delighted with the RS2’s technical and performance capabilities which contributed to a saving on total project costs. The RS2 excelled in de-burial and burial operations, finding no issues in the harder areas where there could have been the presence of clay.

The RS2 reached client de-burial specification with ease, achieving it in one pass at a progress rate of 4.8m/min. In the post-lay trenching areas, some sections were softer than expected resulting in rapid backfill of about 0.7m. This was no issue at a progress rate of 3m/min with the RSE Controlled Flow excavator achieving between 2.2m-2.5m BOT allowing for the cable to fall to its 1.5m TOC burial specification in just one pass.

Aberdeen-based Rotech Subsea’s has re-established itself as market leader in providing non-contact Controlled Flow Excavation (CFE), Suspended Jet Trenching technology and related subsea services since emerging from a non-compete period in 2015 following the 2011 sale of technology that had taken the sector by storm.