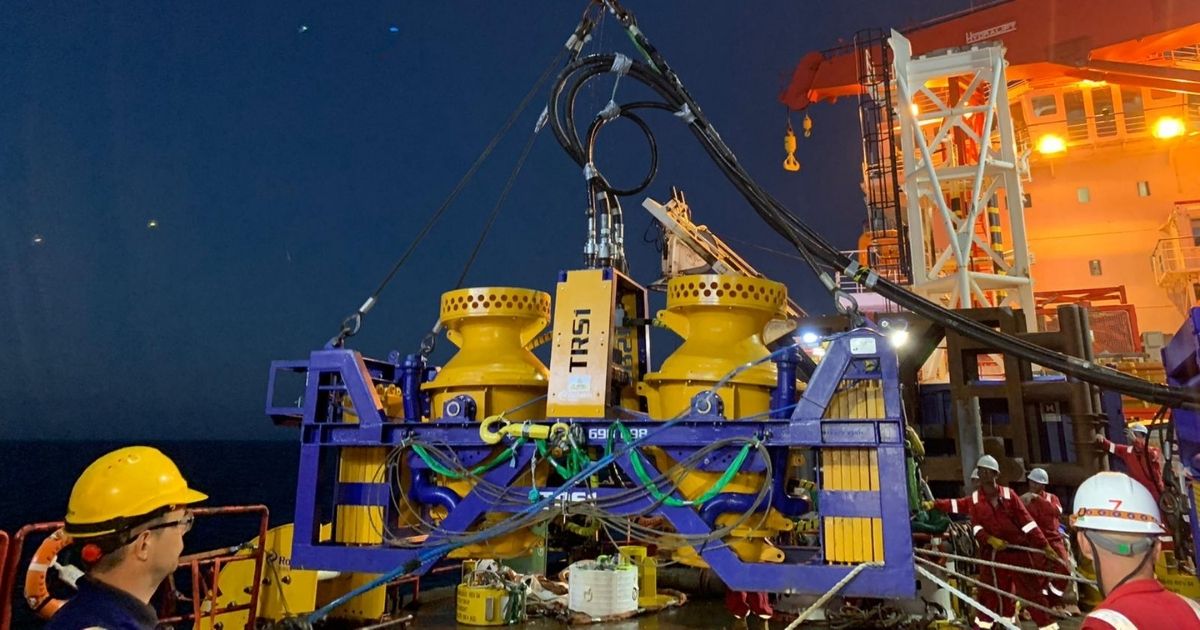 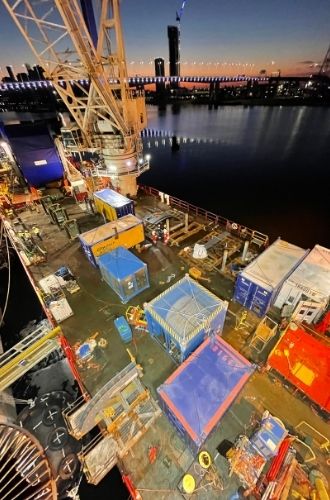 Rotech Subsea was contracted to bury 6,000m of 118mm diameter umbilical to client specification of 0.6m top of cable. The subsea spread of equipment was deployed using a vessel crane.

The TRS1 operated in water depths of up to 50m LAT, experiencing soil conditions of medium to coarse grained sand as well as harder, more cohesive soils. The umbilical was easily trenched to client specification with the Rotech equipment operational for only 22 hours of the entire project. In the soft soil areas, a trench depth between 1.3 - 1.6m BOT was achieved at a progress rate of 3m/min. The depths were achieved with one pass.

The project was deemed a great success with the client delighted with TRS1’s technical and performance capabilities, which are unparalleled in the field. Excellent levels of productivity led to a reduction on the project’s total cost and Rotech Subsea looks forward to working with the client again in the near future.

Due to the success of this project, Rotech Subsea is already in advanced talks about a project with another client in Australia.

We were delighted to complete our first major contract in Australia and continue to grow our presence in the region,” said Director of Subsea, Stephen Cochrane. “In common with the two Taiwan scopes of work, our state-of-the-art tools were selected over other trenching tools already in the region due to the safe, non-contact method and productive trenching speeds.

“It’s a huge endorsement and over the last few years we have seen the RS range of Controlled Flow Excavation (CFE) and Suspended Jet Trenching tools become the ‘go to’ choice for IRM scopes. We are now seeing more and more that our Suspended Jet Trenchers are being chosen as a primary method for trenching, over other contact trenching systems and ploughs. Because of the enhanced capabilities of the RS tools, they can provide deeper and narrower trenches than ever before, with trenching speeds more than double that of competing Mass Flow Excavation tools.”

In 2020, two spreads of Rotech’s next generation controlled flow trenching and excavation technology were mobilized from Aberdeen to two separate projects offshore Taiwan, where the company completed vital infrastructure works on state-owned wind farms. Both clients kept the equipment on stand-by in the region to ensure its availability for second phases which are due to commence imminently.