OceanGate Expeditions announced that it will conduct the first manned submersible expedition to the wreck of the RMS Titanic since 2005. The survey expedition team will use the latest subsea imaging technology and a newly built manned submersible to assess the condition of the shipwreck and document artifacts in the debris field.

The exploration team will conduct annual surveys of the wreck in collaboration with experts from the Advanced Imaging and Visualization Laboratory AIVL at the Woods Hole Oceanographic Institution as part of an on-going long-term study to document the current condition of the Titanic maritime heritage site. 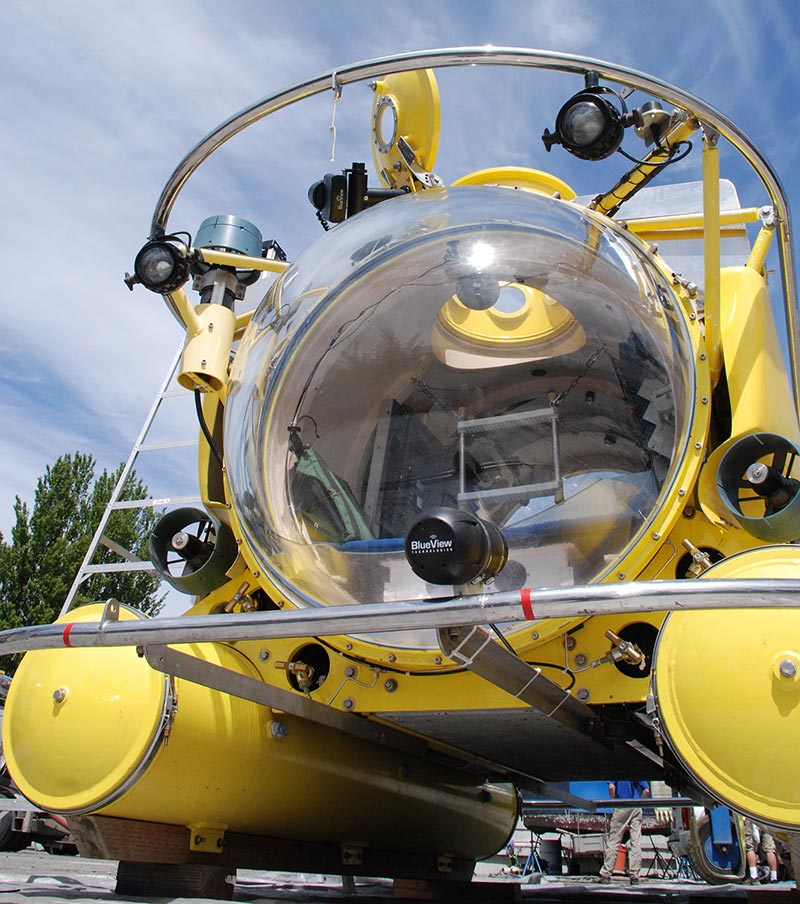 The seven-week expedition will depart from St. John’s, Newfoundland in late May 2018 with scientists, content experts, and mission specialists joining the crew in a series of week-long missions. The expedition crew size for each mission is about 20 people, including nine mission specialists, submersible pilots, and operations crew. Qualified individuals join the crew as mission specialists to support the mission by helping to underwrite the expedition and by actively assisting the team aboard the submersible and the ship in roles such as communications, navigation, sonar operation, photography, and dive planning.

“Since her sinking 105 years ago, fewer than 200 people have ever visited the wreck, far fewer than have flown to space or climbed Mount Everest, so this is an incredible opportunity to explore one of the most rarely seen and revered landmarks on the planet,” said Stockton Rush, CEO of OceanGate Expeditions.

Experts from the Advanced Imaging and Visualization Laboratory (AIVL) at Woods Hole Oceanographic Institution (WHOI) will collaborate on the expedition. Bill Lange, director of the AIVL at WHOI, has participated in previous expeditions to Titanic. His team will provide imaging and lighting equipment and will lead efforts to capture images of the wreck from the submersible and then assemble these overlapping images into a 3D photographic model of the wreck after returning to the surface.

“Our subsea imaging techniques allow us to systematically document the wreck and debris field and then create a nearly lifelike digital model without disrupting any artifacts or habitat”, said Lange. “This expedition provides the best opportunity for us to see the wreck first hand, and document the gaps in our knowledge of the wreck.” Lange’s team from the AIVL will also attempt to collect environmental data at the site and make this data available to researchers currently working on increasing our understanding of the environment at the site and what steps, if any, are needed to preserve and protect this world heritage site.

Recent advances in technology expand the team’s ability to explore, record, and understand the undersea world at these depths. OceanGate is taking advantage of these advances in the construction and instrumentation of Cyclops 2. The carbon fiber and titanium submersible will carry five crew members to the Titanic and other important biological and archaeological sites to depths of 4,000 meters (13,124 feet). When complete, Cyclops 2 will be the only privately owned submersible in the world capable of diving to these depths.

Importantly, OceanGate will not collect any artifacts during the expedition to the Titanic. "We recognize that the entire site is a memorial and we undertake our mission with great respect for those who lost their lives in the sinking”, said Rush. The expeditions are to be conducted in accordance with NOAA Guidelines for Research, Exploration and Salvage of RMS Titanic. These guidelines comply with UNESCO guidelines for the preservation of underwater world heritage sites.