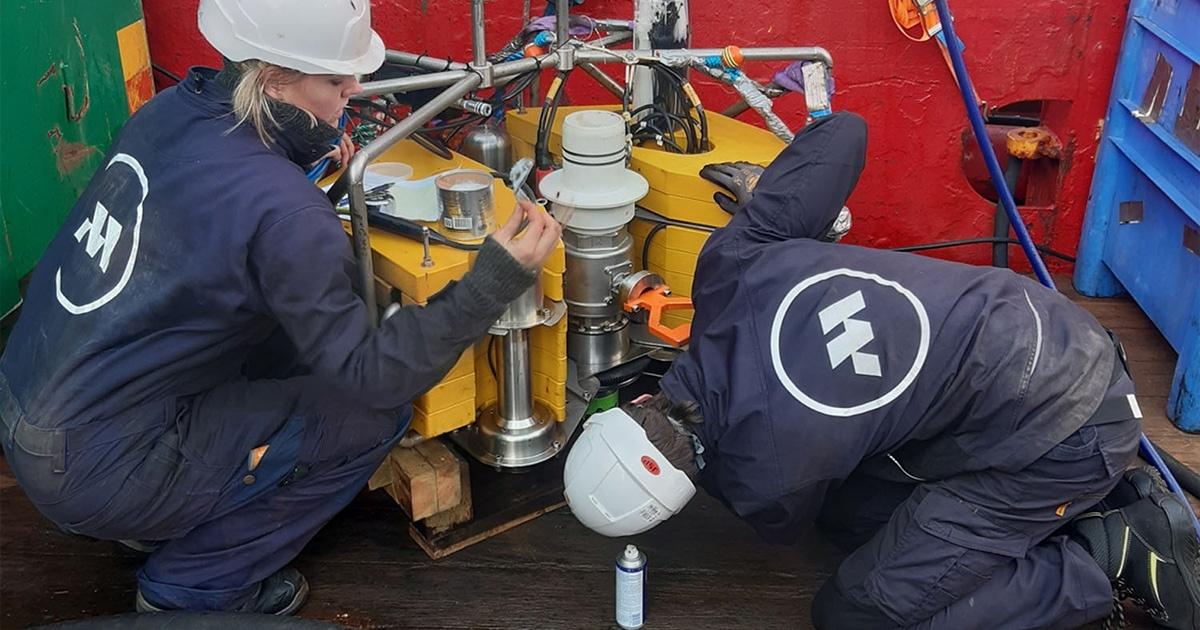 Miko engineers aboard the mv. Assisters prepare the Moskito for deployment

When the Rone sank to the west of Gotland, Sweden, in 1981 it was delivering 190 tons of heavy fuel oil for a local ferry but heavy seas and icing caused the ship to go down in 98 metres of water.

The two-man crew was safe but the Rone remained on the sea bed from where it has been releasing quantities of fuel oil into the sea around the Swedish islands.

The Swedish Agency for Marine and Water Management subsequently enlisted JD-Contractor A/S, of Denmark, to oversee the oil removal operation. They immediately turned to Miko Marine whose well proven Moskito oil recovery system had been developed for such tasks. Support was also provided for the project by ROV teams from Abyss and Film Ocean and by Bunker One whose steam generators would be on hand to heat the oil should it prove to have become too waxy for recovery.

The Moskito can be deployed by remotely operated vehicles (ROVs) at any ocean depth. Once in position outside a wreck’s oil tank the Moskito’s three powerful electro-magnetic feet are planted against the steel hull to hold it in place. A Miko technician on the surface then activates a 4-inch diameter electrically powered hole saw. With its operation monitored through a video link, the Moskito’s drill pierces the steel tank walls which may be up to 1-inch (25mm) thick. The cut disc is then pushed inside and is immediately followed into the tank by a patented spring latch coupling that automatically connects and locks a hose to the tank without allowing any of its contents to escape. When the extraction hose is securely in position a subsea pump can recover the oil at the rate of up to 50 cubic metres per hour. If the contents of the Rone’s tanks had proved too viscous to pump efficiently, the Moskito could have drilled another connection for injecting steam generated by Bunker One. This would have liquified the thickened oil for pumping but was not found necessary. Whenever a higher rate of extraction is needed, the compact Moskito enables multiple units to be used close together and easily relocated without being returned to the surface. 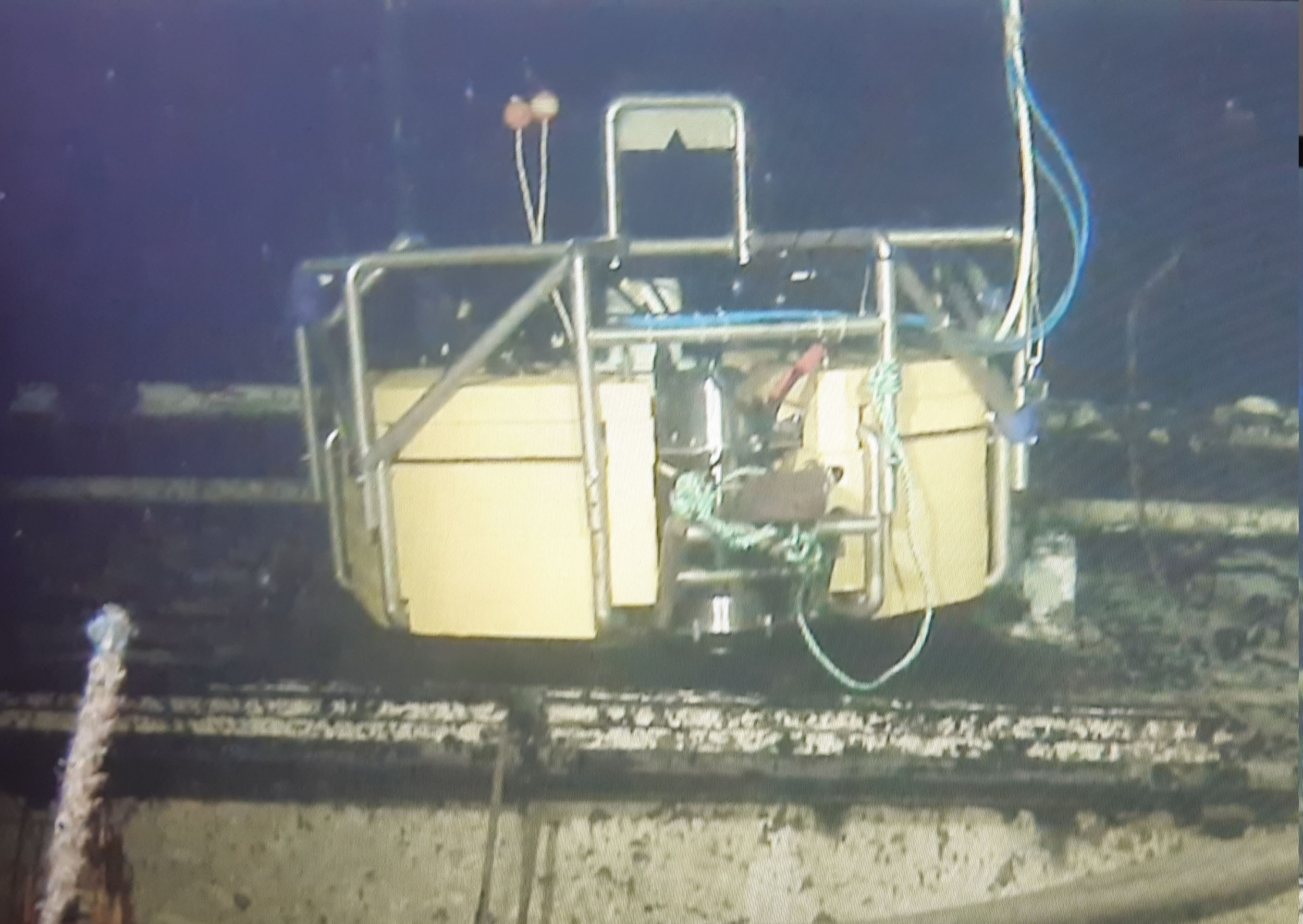 The Miko Moskito in position above a cargo tank of the Rone, a sunken bunker support vessel.

Although nearly split in two, the Rone was found to have settled evenly on the seabed but fenders around the outside of its hull made it impossible for the Moskito to gain a footing beside the cargo tanks. It was therefore necessary to find alternative access points but with few plans of the ship available, its former captain gave advice on accessing the tanks through the main deck above them. Unfortunately, the crowded nature of the upper deck made choosing the Moskito’s entry locations difficult. Some original thinking by the project team onboard led to the manufacture of a template that accurately replicated the Moskito’s footprint. It was then a relatively simple task for the ROV to deploy the template and identify locations on the deck with sufficient space for the Moskito to drill into the tanks below.

Despite some time-consuming ROV technical problems, the Miko team was able to work from J D-Contractor’s dynamically positioned support vessel m.v. Assister and drill into eight of the Rone’s 10 tanks in just two days. Although the vessel had been carrying 190 tons of oil when it sank, because of corrosion and wreck movement, most of the tanks were found to have been emptied during the forty-one years since it sank. Nevertheless, the project partners still succeeded in quickly recovering a substantial quantity of fuel oil from the remaining tank and were finally able to confirm that the vessel was no longer a pollution risk. 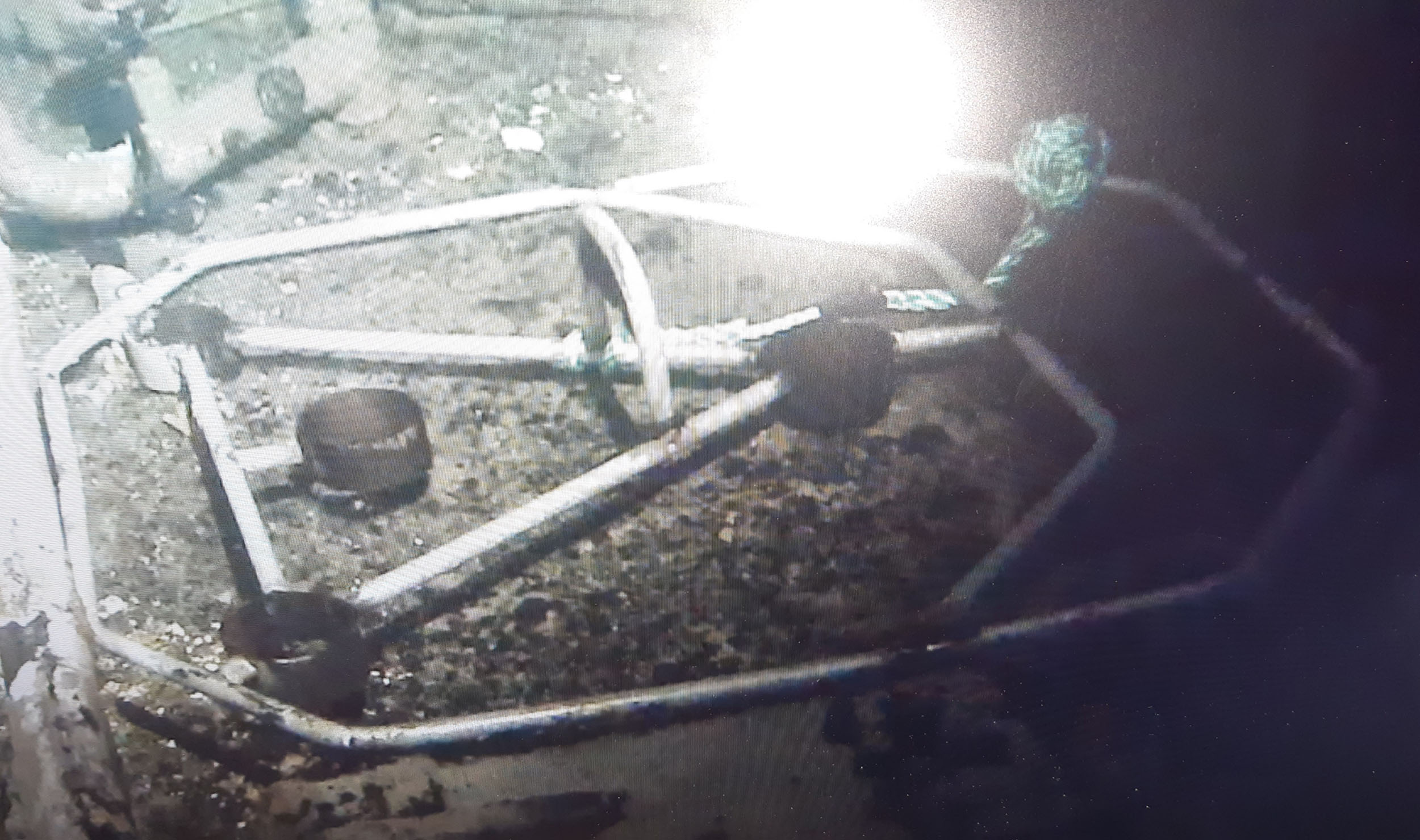 The Moskito was developed by Miko Marine following a request and partial funding by the Norwegian Coastal Administration to find a solution to the pollution risk presented by ships that had been sunk in Norwegian waters during World War 2. Miko is based in Oslo, Norway, where it has become known as a design hot shop specialising in the invention and manufacture of products ultimately aimed at preventing ocean pollution. Staffed by a small team of highly qualified designers the company is known for its ability to find original solutions to some of the marine industry’s most pressing problems. Miko is already widely known for its magnetic patches that have been used to prevent ships sinking on numerous occasions around the world. The company also designs and manufactures hull closures for sealing ships’ sea chests and thruster tunnels so work can be undertaken safely inside them without the need for dry docking. Miko products also include high-power permanent magnets that can be used in conjunction with its patches while also having innumerable uses above and below water. More recent innovations have been the Miko Fix underwater fastening system for joining metal plates without welding and a system for quickly sealing leaks in high pressure pipes.