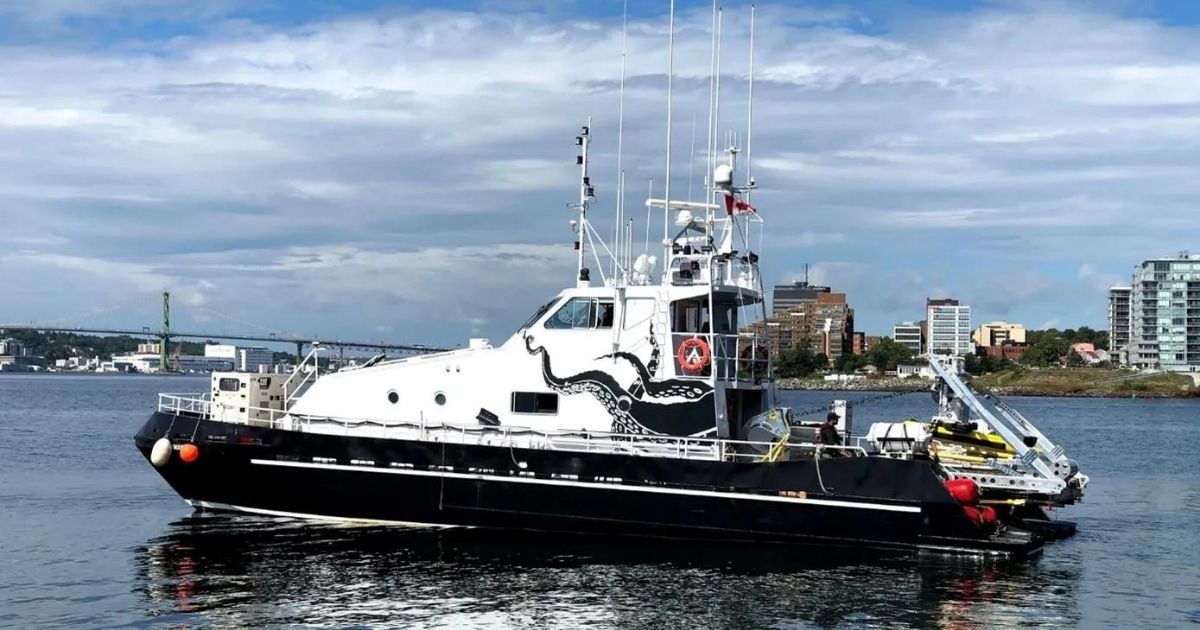 Kraken Robotics Inc. has been awarded a Robotics as a Service (RaaS) contract from Newfoundland and Labrador Hydro (formerly Nalcor Energy) for the Marine Inspection of Strait of Bell Isle Submarine Cable. This cable provides power to Newfoundland from Labrador.

This $598,871 contract was the result of a recent competitive tender issued by Newfoundland and Labrador Hydro (formerly Nalcor Energy). Under the contract, Kraken will deploy its KATFISH™ towed SAS sonar system including our Automatic/Remote Launch and Recovery System (ALARS) deployed on the R/V Ocean Seeker. This contract will be executed in Q3, 2021.

The Strait of Bell Isle (SOBI) cable crossing design consists of three (3) HVDC cables installed in three (3) HDD cable conduits on each side of the SOBI that protect the cable from icebergs. Each cable is routed along the seabed between the conduit exits on the seafloor from Shoal Cove to Forteau Point, Newfoundland and Labrador. Under the contract, Kraken will survey the three cables along the crossing. Each cable route is approximately thirty-one (31) kilometers long with twenty-seven (27) kilometers laying on the seabed and four (4) kilometers protected by cable conduits. Kraken’s Synthetic Aperture Sonar (SAS) technology will provide NALCOR with ultra-high 3cm resolution seabed imagery and 3D 25cm resolution bathymetry. Image 2 & 3: The R/V Ocean Seeker is based out of the Kraken facilities in Dartmouth, Nova Scotia. The Ocean Seeker is a state of the art 72-foot high-speed Catamaran Survey vessel which holds the Kraken KATFISH™, Tentacle Winch™, and ALARS (see Figures 1-3). Due to the KATFISH’s ability to process SAS data in real-time, data will be instantly viewable onboard the vessel during the survey and any cable or rock berm anomalies identified will be geolocated providing the ability to collect additional data as needed. During these survey operations, the Ocean Seeker will perform 12-hour daily operations of the SOBI submarine cables.

Kraken has tested and validated a robust positioning solution consisting of a tightly integrated Ultra Short Baseline (USBL) and Inertial Navigation System (INS) solution, based on iXBlue GAPS USBL (on vessel) and iXBlue PHINS C3 INS (on KATFISH™). The iXBlue GAPS USBL acoustically tracks the position of the KATFISH™, and automatically provides position updates to the iXBlue PHINS C3 INS installed in the KATFISH™, via Ethernet communication (over the fiber optic tow cable).  The vessel is positioned using a Hemisphere A222 with RTL corrections. The KATFISH™ Navigational System includes a sophisticated Fiber-Optic Gyro (FOG) based INS, aided by a Doppler Velocity Log (DVL) and Depth Sensor integrated into the KATFISH™ towbody and a FOG-aided USBL positioning system integrated on the tow vessel.