Instrumenting and Testing a New Fishery Echosounder in an Ocean Glider 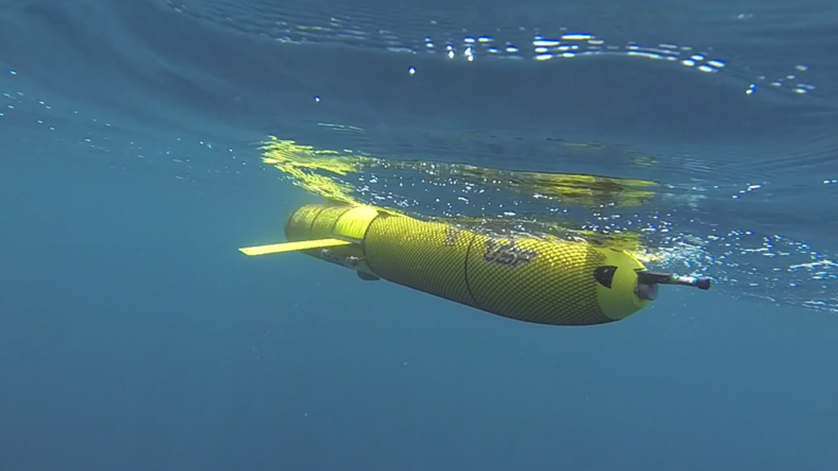 NOAA's Beaufort Laboratory (National Centers for Coastal Ocean Science and Southeast Fisheries Science Center) collaborated with the Center for Ocean Technology and College of Marine Science of the University of South Florida to instrument an echosounder into an ocean gilder to extend surveys of pelagic and demersal fishes associated with rocky reefs in the Gulf of Mexico and Southeast US Atlantic (figure 1).

ASL Environmental Sciences (ASL) supplied a purpose-built 200 kHz single-frequency scientific echosounder, a modification of ASL's proven Acoustic Zooplankton and Fish Profiler (AZFP), to Teledyne Webb Research (TWR) (figure 2). The acoustic transducer fits a standard “ECOPuck” housing used on the TWR's Slocum glider for other applications. Earlier this year, TWR completed the software integration of the electronics into the Slocum glider. The glider controls the operation of the echosounder and its configuration can be changed on-the-fly. Up to 3 frequency channels can be added to the AZFP electronics. 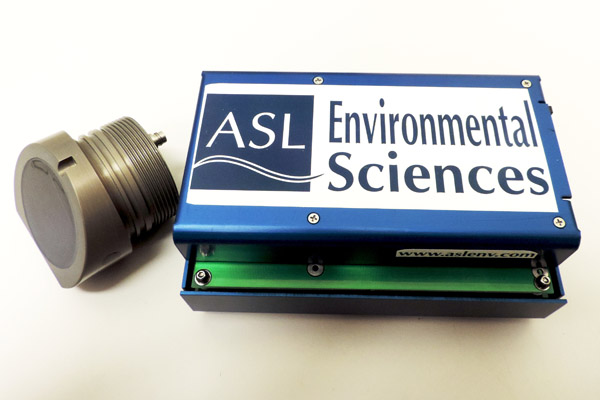 Recent sea trials exceeded the team's expectations. During the 14-day mission, demersal fishes associated with a rocky reef adjacent to a gas pipeline were detected. Pelagic schools and plankton layers were also discernible in the water column and linked to water quality properties such as chlorophyll and density recorded simultaneously by the ocean glider (Figure 3). Following sea trials later this year, the team expects to evaluate the feasibility of using a glider-based echosounder in surveys of demersal species associated with broader hard bottom reef habitats in the Gulf and Southeast US, with extensions to developing glider-echosounder surveys for demersal and midwater/pelagic species in other fishery and ecosystem management regions.

Such a capability is expected support stock assessments and ecosystem surveys by
(1) enabling more cost-efficient acoustic surveys (relative to ship-based surveys),
(2) facilitating surveys in areas or during times when ship-based surveys are
difficult to achieve (e.g., due to prohibitive weather or sea state conditions), and
(3) collecting data outside of established fish survey time periods and geographic locations.