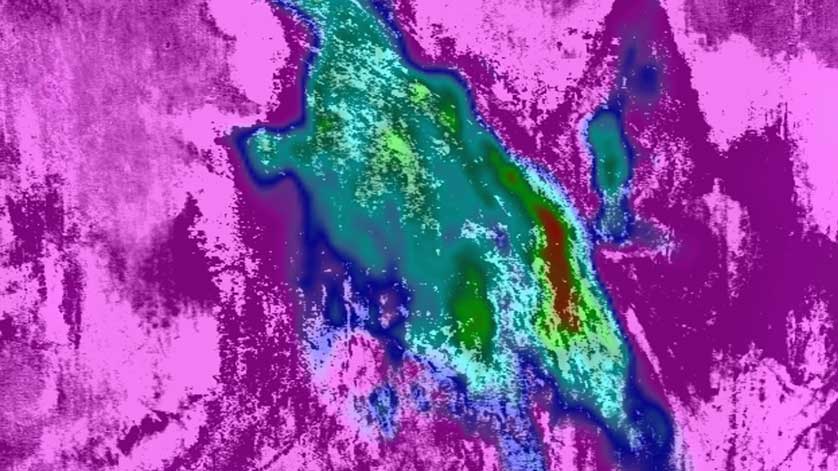 The Northern Viking Graben, like many other areas around the globe, contains a wide range of localized near-surface geological anomalies – with shallow gas being a particular feature in this area. In fact, some of the shallow gas accumulations are identified gas fields, including Frigg and Peon.

Shallow gas anomalies typically exhibit anomalously high absorption, associated with amplitude attenuation and phase distortion of seismic data. These challenging issues cause unwanted effects during imaging, such as dim zones, uneven image illumination and migration artifacts. Another absorption feature specific to the area is the large body associated with the Norwegian trench, which crosses the entire survey area from north-west to south-east.

The model building phase used both Q tomography and Q full-waveform inversion (FWI) to create a Q model which defined the location and extent of absorption anomalies. Advanced tomographic inversion and both refraction and reflection FWI were used alongside the Q work to derive the velocities and anisotropic parameters. This model building encompassed the full 35,400 km² area.

The final reprocessing delivers outstanding results, clearly highlighting near-surface features such as the Peon gas field (illustrated). A better model and understanding of the shallow geology also lead to clearer images of the deeper structures.

The Northern Viking Graben data set is complemented by a well study of 100 reinterpreted wells that have been integrated with the seismic results. A southern extension of 8,000 km² is currently being acquired, which will be processed through the same sequence and seamlessly merged.

The Q modeling and imaging techniques are widely applicable elsewhere in the world. For example, CGG’s 35,000 km² Cornerstone survey in the Central North Sea is currently being processed through a similar sequence, with impressive high-resolution images of the Forties channels already having been achieved.

Further research is ongoing, testing the benefits of Q least-squares migration algorithms. Least-squares migration inherently favors amplification of signal over noise, thus reducing the risk that the Q-compensation will over-boost noise. This is of practical relevance in areas of low signal-to-noise ratio, such as beneath the kind of shallow gas anomalies discussed earlier.