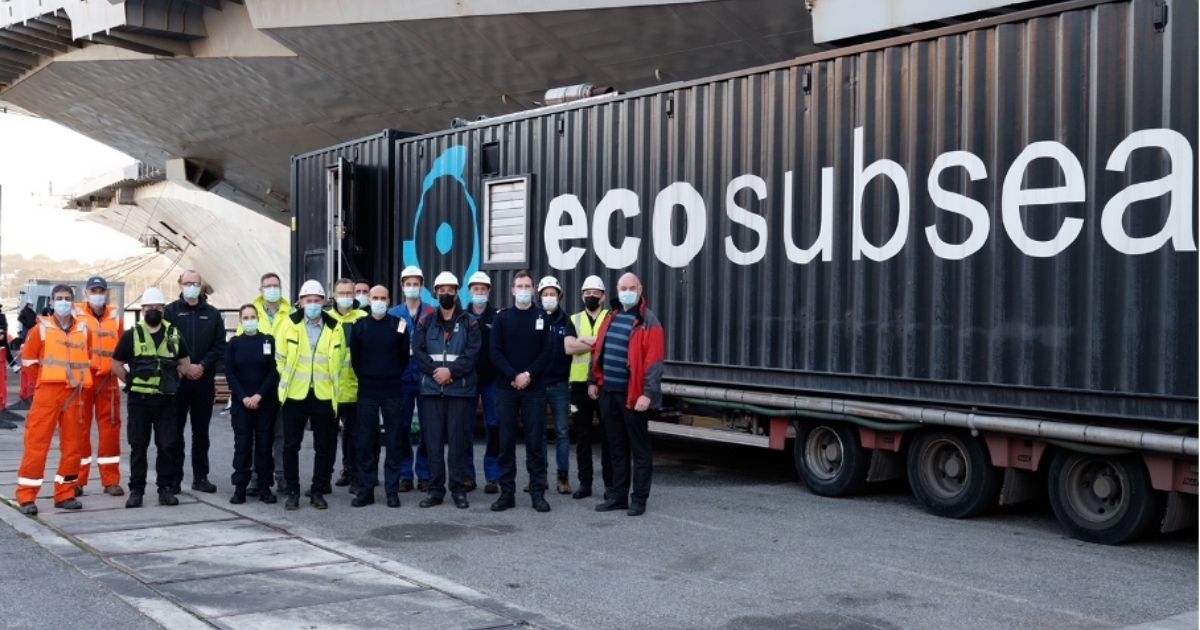 All parties gathered for planning meeting ahead of cleaning operation.

The UK´s Royal Navy has already used ECOsubsea´s services in Southampton, Plymouth and Portsmouth through a testing period in 2021 with encouraging results.

On the French Navy side, the opportunity came to experiment ECOsubsea’s hull-cleaning robot on the Charles de Gaulle Aircraft Carrier, which has an adapted hull profile, and was available in early 2022. The Fleet Support Service ordered Naval Group to clean the PACDG with the Ecosubsea robot. 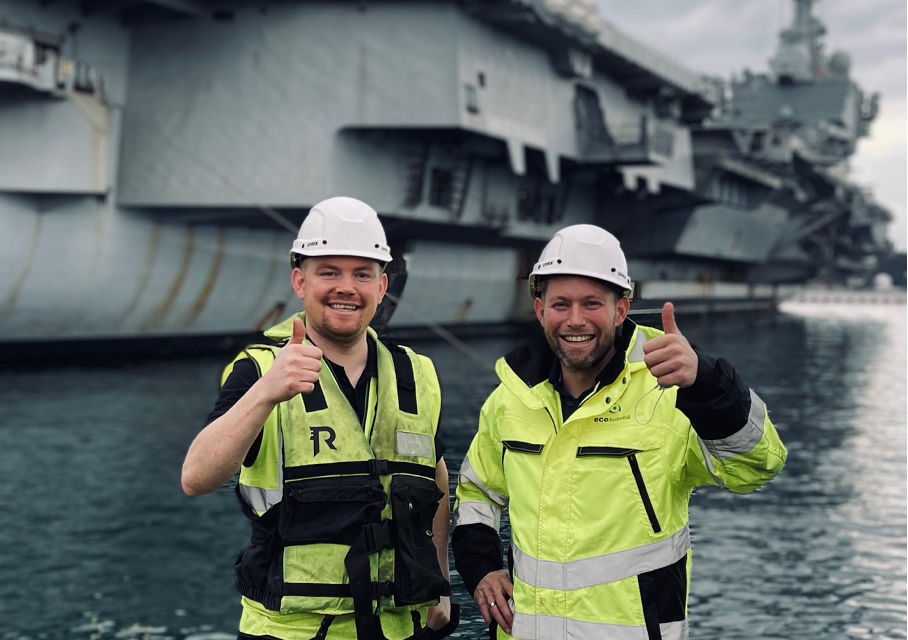 Founders Klaus and Tor Østervold with the Charles de Gaulle in the background.

To do so, a control and measurement plan has been discussed with the authorities of the naval base, in order to ensure compliance with environmental regulations, in particular the absence of discharges into the sea. Naval Group conducted the clean-up and environmental validation study. “This experiment demonstrated the absence of environmental impact, as well as a highly positive effect on the vessel’s performance”, says Captain (Armament) Jean-Marc Quenez from the SSF, “Based on the experimentation’s outcome, systematization of the periodic use of such a robot to keep the hulls clean is under consideration”. 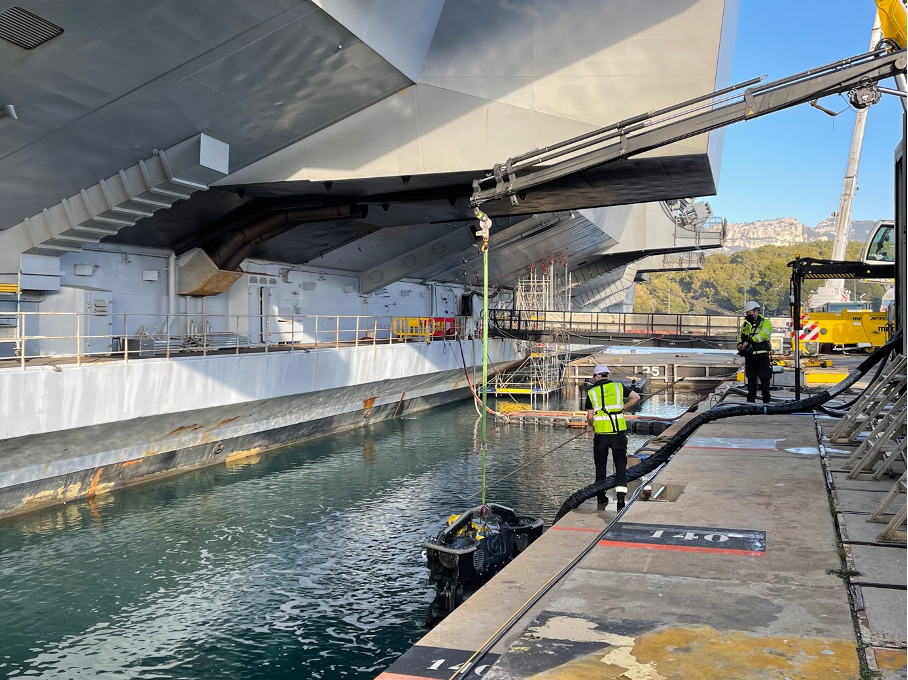 Launch of the cleaning robot from the quay side.

ECOsubsea´s CEO, Tor Østervold indicates that “it has been great to collaborate with the French Navy and Naval Group on increasing the Naval fleet’s preparedness, while decreasing dramatically the air and sea’s environmental impact. It is encouraging to see that the French Navy is not only protecting its nation and allies, but also showing leadership in protecting the environment.” 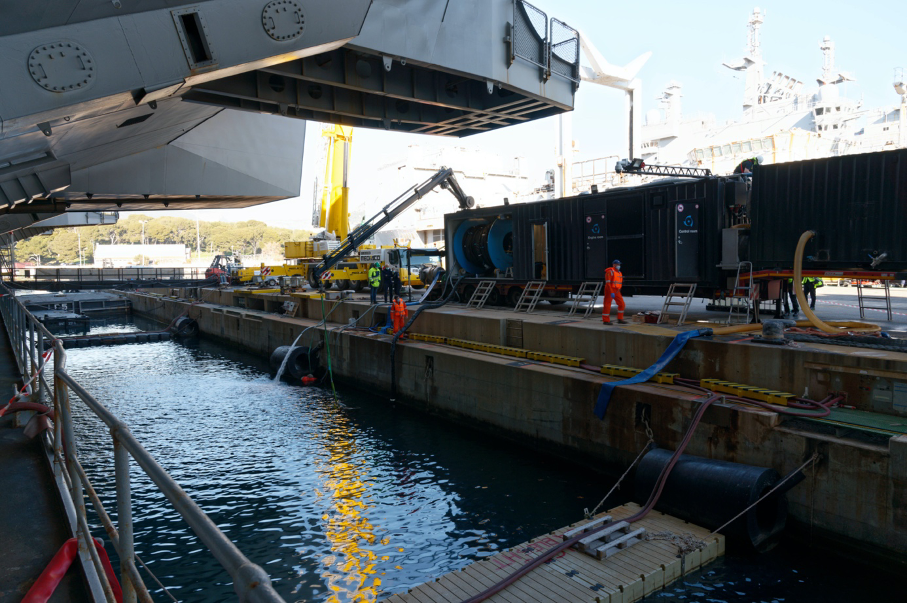 During cleaning operation. Continues environmental sampling from the quayside, robot and in water.

Naval Group technical experts in charge of this first cleaning operation in Toulon, Eudes Peronneaud and Philippe Ventos, says that ”this successful experimental action opens an effective way to deal with coatings exposed to hot waters during long periods of navigation between dry-dock and regain vessel speed and consumption performances” 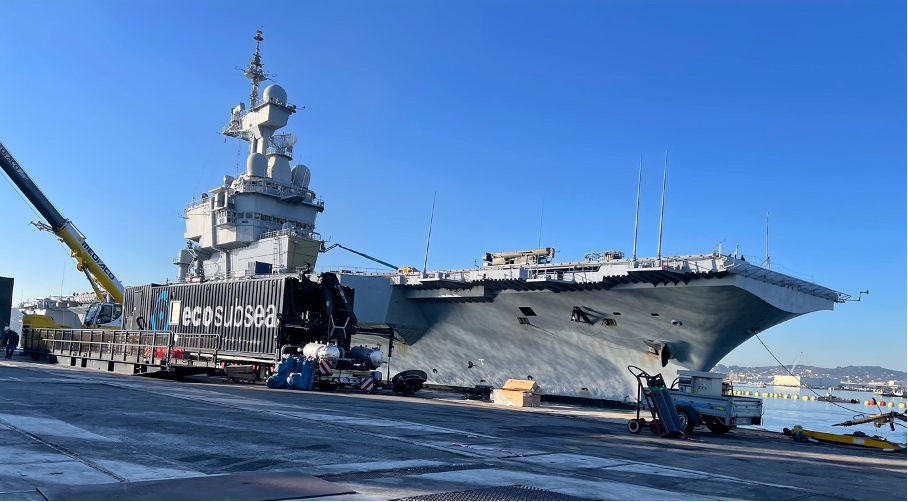