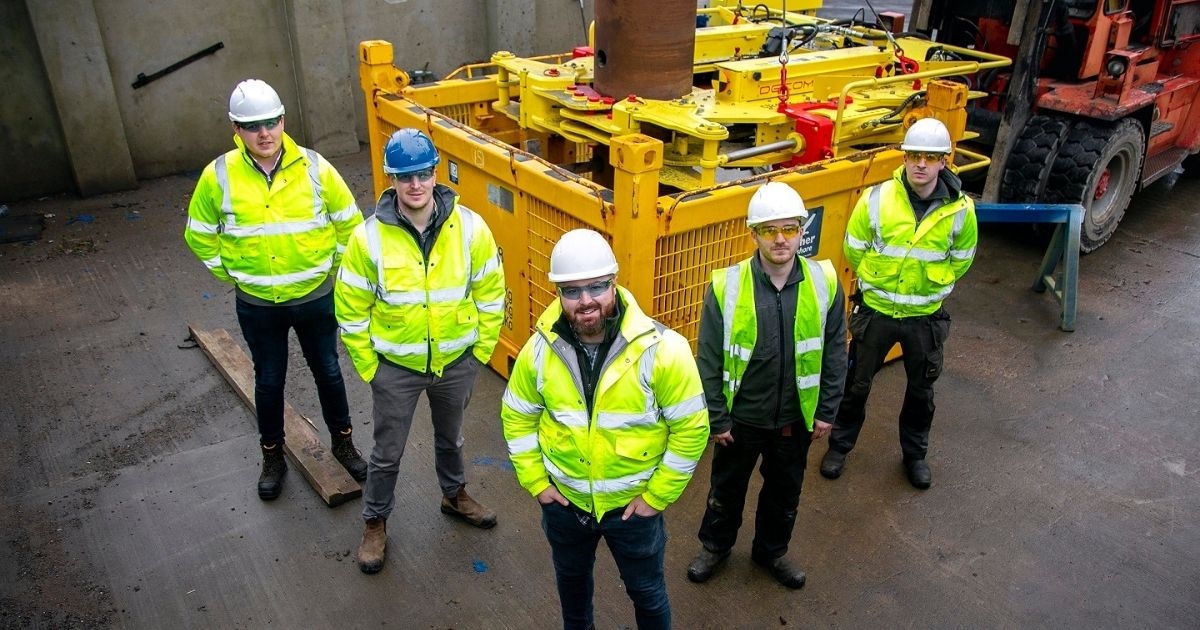 Decom Engineering (Decom) has secured two contracts worth more than £300,000 in the North Sea and offshore west Africa, strengthening their reputation as a leading provider of decommissioning services.

The company had designed and developed a range of cold cutting saws which are deployed on a variety of energy sector decommissioning projects which require pipelines and associated infrastructure to be safely removed. 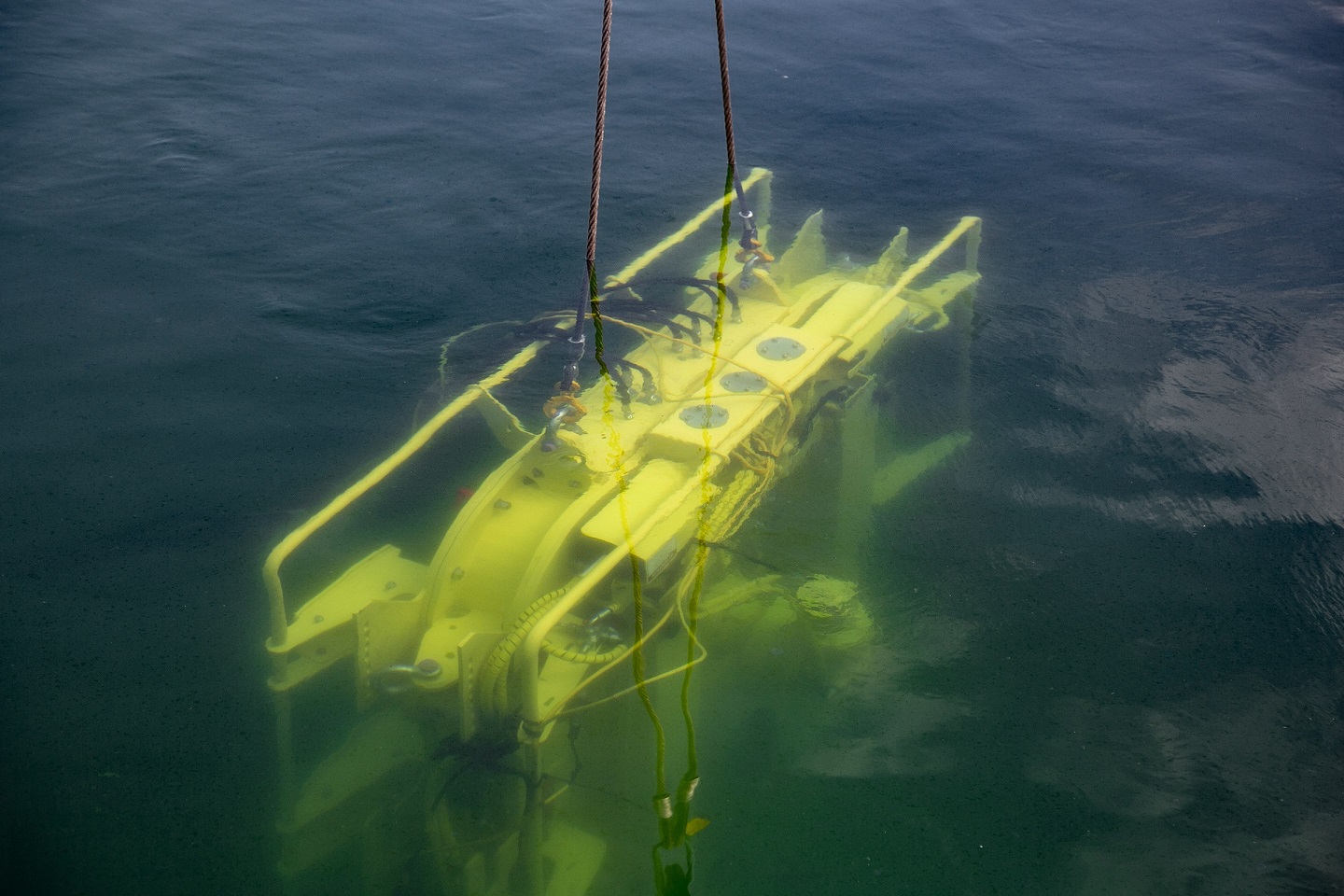 Decom Engineering's C1-24 chopsaw being tested on a ROVCON connector at the National Hyperbaric Centre, Aberdeen

The UK Continental Shelf contract is a conductor recovery and removal project deployed topside on a vessel and Decom’s C1 Chopsaw is expected to complete eight cuts on behalf of a global offshore contractor. Separately, Norwegian-headquartered subsea and offshore wind farm contractor Havfram have commissioned Decom to carry out cutting operations on a ROVCON connecter in water depths of up to 800m off the coast of west Africa.

Both projects were secured following a series of technical trials at JFD Global’s testing tank and the National Hyperbaric Centre in Aberdeen, and they follow the successful completion of two phases of another international workscope offshore in the Gulf of Thailand in which Decom’s chop saws performed hundreds of cuts on piping of up to 16” diameter.

Decom Engineering Managing Director, Sean Conway, said: “The successful completion of a strategic project offshore Thailand and our imminent mobilization on workscopes in the North Sea and Africa, demonstrates that our technology is gaining traction with energy companies and contractors who have technically challenging requirements on a range of international decommissioning projects.

“Recent technical trials in Aberdeen have proven our cutting technologies can operate safely in deeper waters and that they are preferable to rival solutions where accessibility to subsea infrastructure is an issue.”

Decom are confident that on completion of the UKCS project they will be in prime position to secure a more significant workscope from the same client on a second North Sea platform.

Nick McNally, Decom Engineering Commercial Director, added: “Both of these contracts are firsts – the first conductor removal and the first ROVCON connector project we have undertaken, which underlines the versatility and flexibility of our technologies.

“The technical trials in Aberdeen gave reassurance and confidence to the end-clients, and proved our saws are capable of operating in water depths of 800 meters or more, opening up new opportunities for engagement on more challenging decommissioning projects.”

Steven Gibson, Senior Engineer with Havfram during testing, said: “The potential of Decom’s saw to cut the heavy grade material we are going to be cutting through on the west African seabed, the speed of the cut, and the ability to position it in a very restricted space, were the driving factors in awarding this workscope.”

Northern Ireland-based Decom opened up a new base near Aberdeen at the start of 2022 to be located closer to potential North Sea clients and the policy appears to be paying off following this most recent contract award. 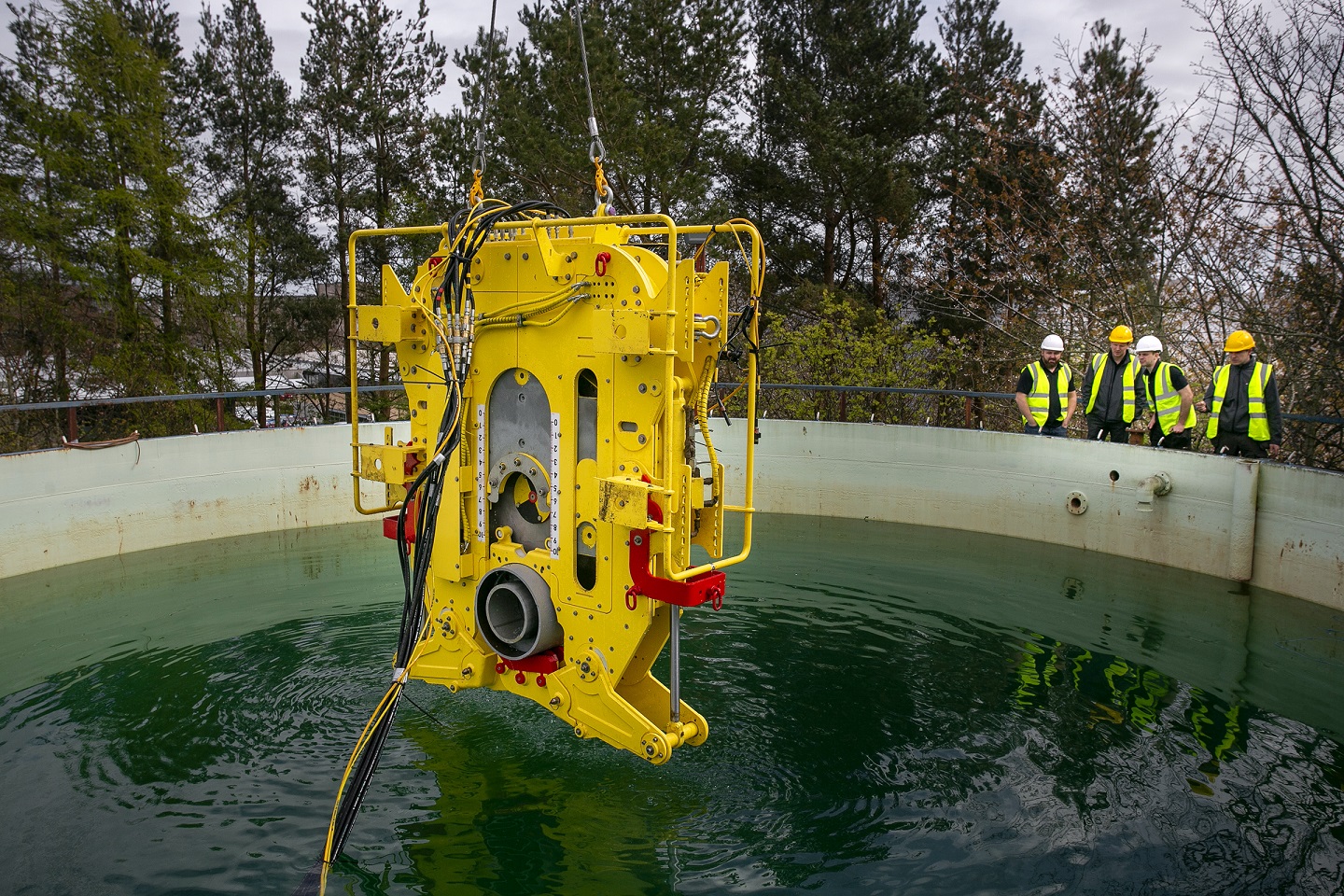 Sean Conway added: “We will continue to invest in infrastructure and to build our asset portfolio to ensure we are positioned to be able to respond to more technically challenging projects as the global decommissioning sector continues to grow.

“Our R&D and engineering teams are currently working on new chop saws which are capable of handling piping of up to 36” diameter in anticipation of potentially winning other contracts in the second half of this year.”

Decom also specializes in Pipe Coating Removal which can transform decommissioned or surplus pipelines by stripping them of multiple coatings, which allows the steel pipes to be repurposed on other projects and returns value to the asset owner, while offering significant carbon emission savings.