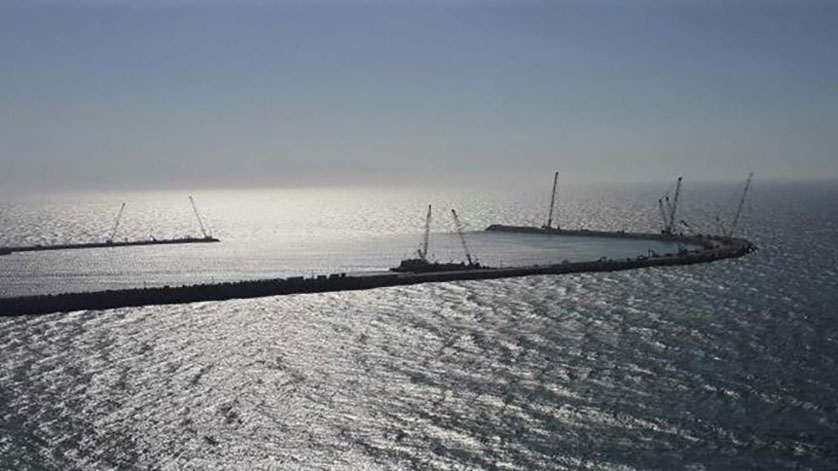 Coda Octopus reports the sale of multiple Echoscope® units to the SGTM-STFA Joint Venture for their Breakwater Construction Projects. SGTM-STFA are currently developing a new breakwater and port in the Moroccan town of Safi on North Africa’s West Coast.

The breakwater is situated in an exposed coastal area which frequently sees the effects of major Atlantic storms resulting in large currents and waves in the region. This naturally hostile environment, with large waves and low subsea visibility precludes the use of divers or cameras to visualize underwater and places even greater emphasis on the interlocking and correct positioning between each block as it is laid. 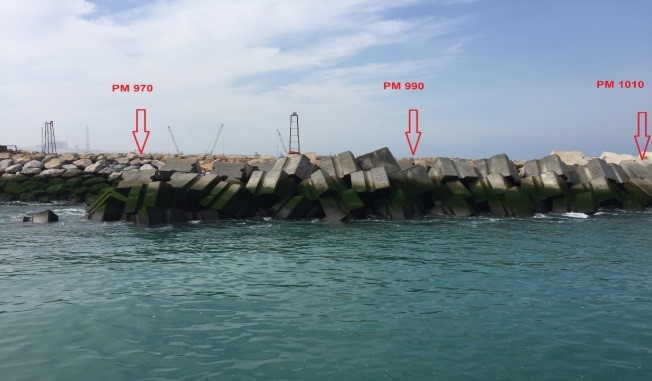 Above Water Section of the New Breakwater

SGTM-SFTA originally trialed the Echoscope® in June 2016. The Echoscope® was mounted to a solid frame attached to a crawler crane and was used to visualize the ANTIFER blocks in real-time and in 3D as they are placed. Combined with a unique block-release system designed by SGTM-STFA, the use of the Echoscope® achieved instant productivity and accuracy gains with the set-up. The project team were able to safely work 24-hour shifts, at all sea conditions where working of the cranes and personnel allowed, to achieve a maximum installation rate of 90+ ANTIFER blocks in a 24-hour period. The real-time 3D visualization provided by the Echoscope® enables the crane operator to ‘see’ the block under the water, enabling accurate and fast placement of the block. 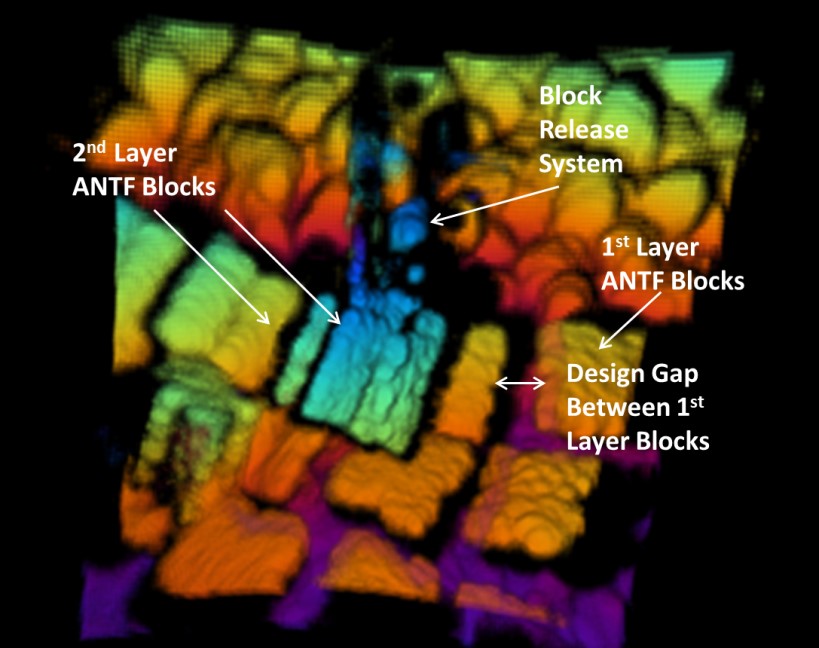 Acoustic Image of an ANTIFER Block being laid in position

Following the initial trial in June 2016, the project team were immediately convinced of the benefits the Echoscope® could offer for this challenging project and quickly moved to install multiple systems on their cranes to support the project. Each system has ensured productivity and accuracy gains can be repeated across the project site. SGTM-STFA now plan to use the Echoscope® on their next breakwater construction project in Nador.

Mert Cirak, Technical Director from SGTM-STFA comments: “The Echoscope® has proved to be of significant value to the project, and has justified the investment cost many times over, enabling day and night operation in any kind of underwater visibility and sea conditions. The very high installation efficiencies were reached with a single crane and Echoscope®, in the past this would have required three different installation teams to achieve the same number of blocks laid in 24 hours. The Coda Octopus Support Team has been exceptional and has given us a lot of confidence in the technology”.

Blair Cunningham, Coda Octopus President of Technology comments: “This project reinforces the Echoscope® Solution as the preferred solution for breakwater construction. The ability to see and track the blocks into position and monitor their position post placement is at the heart of the increased productivity gains. Moreover, the Echoscope® Solution can be used at both the pre-lay design to post-lay survey and inspection. We are happy that our customers involved in these challenging tasks can access our revolutionary technology for their projects”.