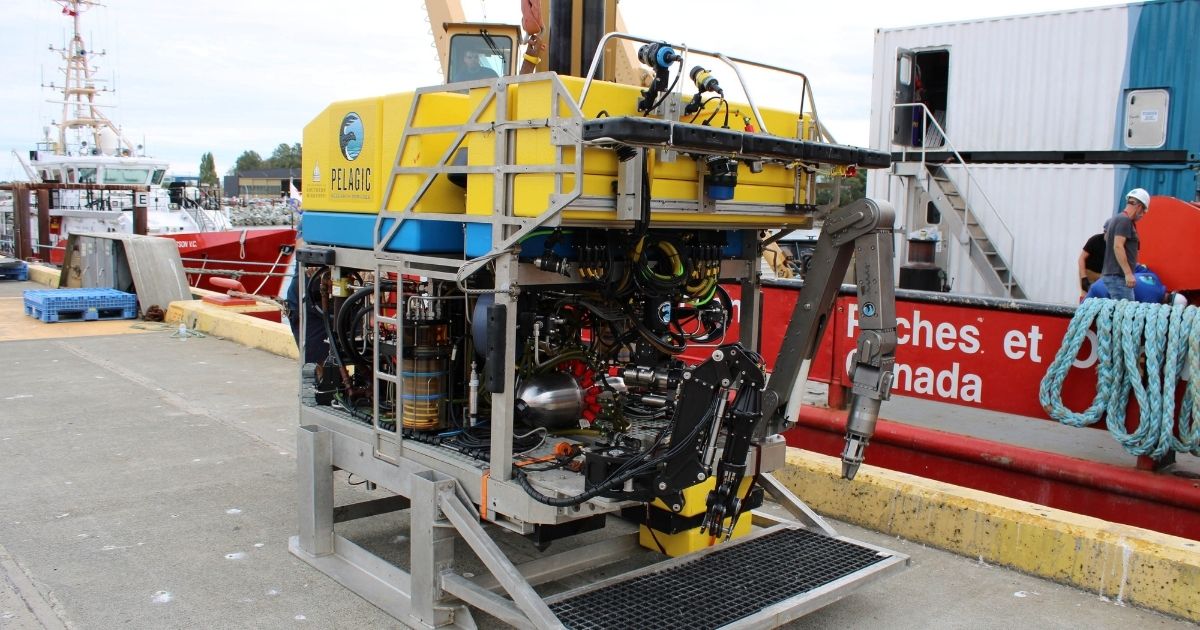 Pelagic Research Services was looking to improve the accuracy of the subsea navigation systems on its ROV. Find out how an accurate and high-performing DVL paired with an inertial navigation system enabled smooth operation in tricky conditions by hydrothermal vents in the deep ocean.

Pelagic Research Services, based in Cape Cod, has been carving out a niche in the remotely operated vehicle (ROV) market with its versatile Odysseus vehicle, which can carry out a wide variety of duties despite its small footprint.

The ROV is capable of providing real-time HD imagery, lifting loads of up to 4000 lb (1814 kg – in-air weight) and using seven-function manipulators to carry out precise work in water depths down to 6000 m.

The ROV has proved to be a flexible tool for University of Victoria’s Ocean Networks Canada (ONC), which installs infrastructure in the waters around Canada’s coasts to deliver data in real time for scientific research to help government and industry decision-making on future projects.

As part of ONC’s “Wiring the Abyss” program, Odysseus has carried out several assignments. Operating in one of the most hostile underwater environments on the planet, the ROV has enabled ONS to monitor and install infrastructure in an area of hydrothermal vents some 200–300 km offshore Vancouver Island at depths of greater than 2200 m. 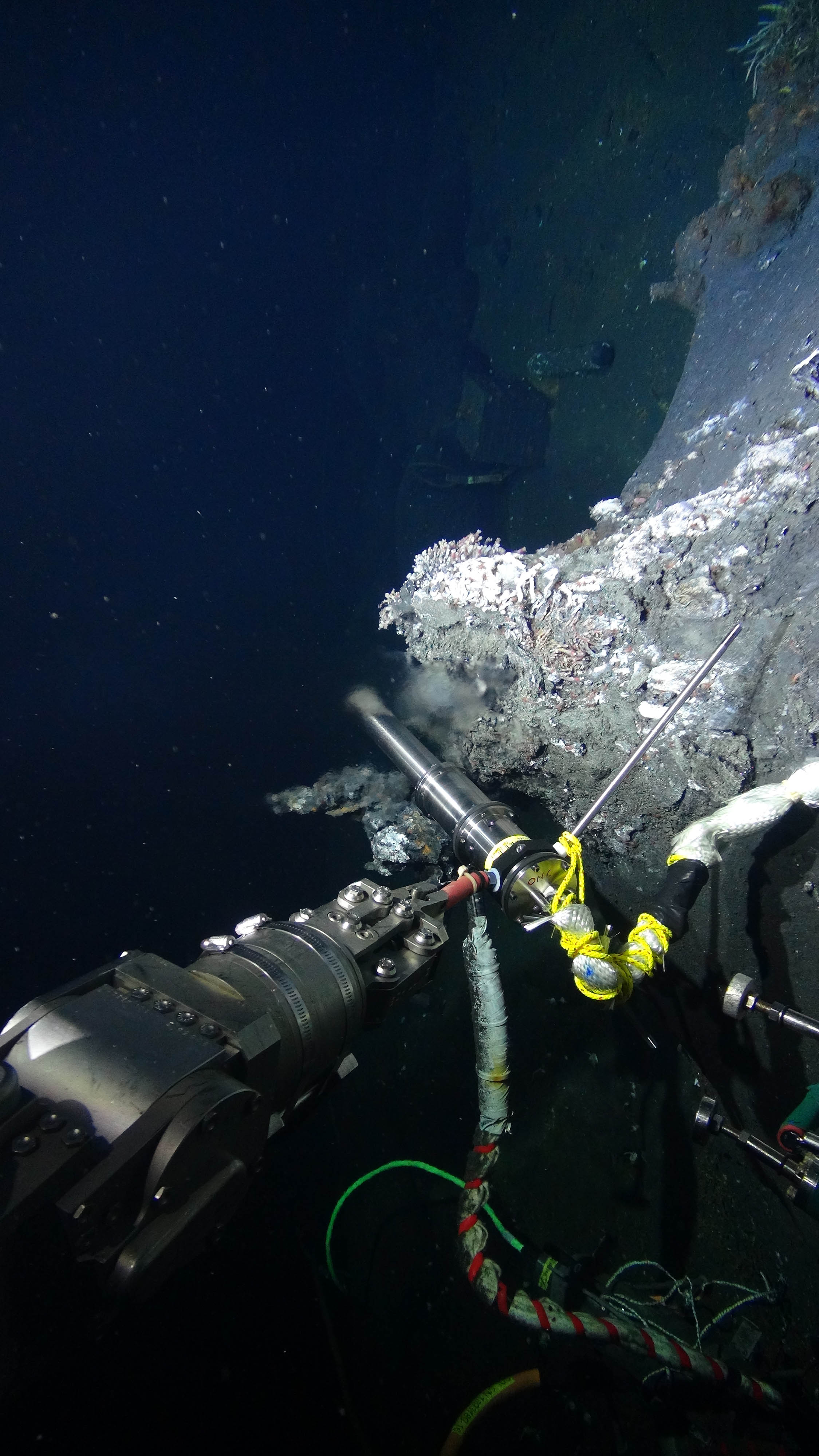 Aided by a Nortek DVL, an Odysseus ROV at work among the hydrothermal vents. (Photo ©: Ocean Networks Canada and Pelagic Research Services.)

Accurate navigation is vital in a complex subsea environment

The vents provide a unique habitat, so they have long been the target of serious investigation. But this is not an environment that is easy to work in or get around.

“It can take one or one-and-a-half hours to get to the sea floor at 2200 m, and you might be limited by a weather window, so once you get down there, you need to be able to work quickly and effectively. To do that, accurate navigation is vital,” says Ed Cassano, Pelagic’s Chief Executive.

An inertial navigation system (INS) on board means the Odysseus can navigate with considerable precision across the tricky contours around the hydrothermal vents. But an INS only functions correctly if it knows its exact starting location, and that is not straightforward in this environment.

An ROV’s INS routinely uses ultra-short baseline (USBL) acoustic positioning, which sends pings from the ROV to a transceiver on the surface vessel that can then be interpreted to provide positional data. But that becomes less accurate the deeper the ROV goes and the greater the number of water layers of differing density the sound must pass through, as changing density alters the acoustic properties of water. 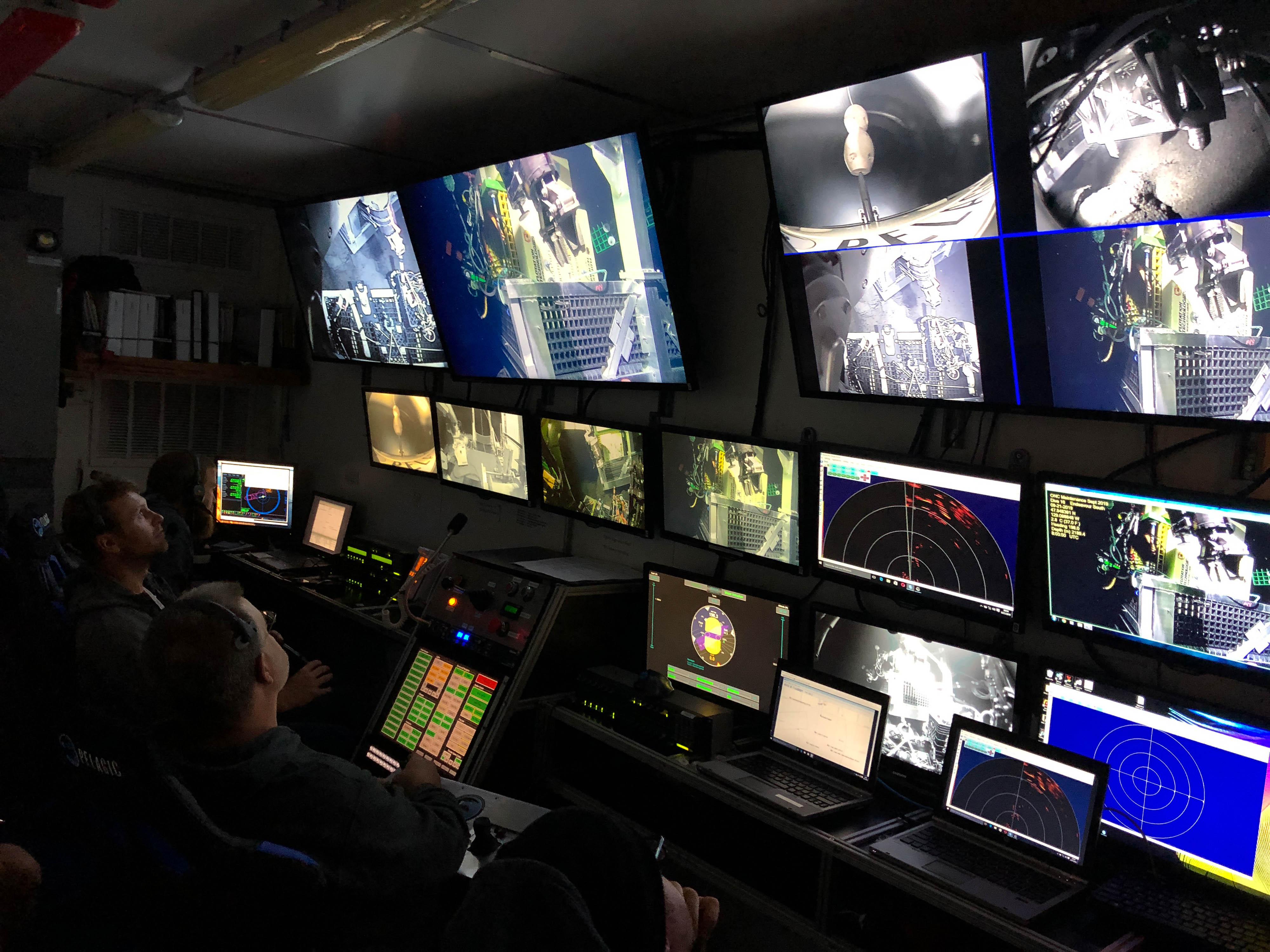 The control room for Odysseus on board the surface vessel. (Photo ©: Pelagic Research Services.)

Even the highly accurate USBL system Pelagic was using routinely resulted in positioning errors of around 25 m down on the seabed. That might be fine for navigation in some deployment scenarios, but not for the precision work required around the hydrothermal vents.

So, Pelagic needed input independent of surface-based technology to accurately establish the ROV’s position. This is where Nortek’s Doppler Velocity Log came in.

A DVL fires acoustic pulses from its transducers on board the ROV into the water at various distances from the vehicle and then records the time it takes for each of those pulses to be reflected back to the transducer from particles in the water. By applying equations based on the Doppler effect to this data, as well as using proprietary algorithms, this DVL can calculate the ROV’s speed very accurately.

Because it requires no direct input from the surface to do this, a DVL makes an ideal aid for inertial navigation systems. Once the position of the ROV’s INS has been fixed at a point where surface-based positioning technology can function correctly, accurate velocity readings from the DVL on board the ROV will then help maintain the accuracy of the INS, even when Odysseus is moving around areas where USBL positioning is not viable. 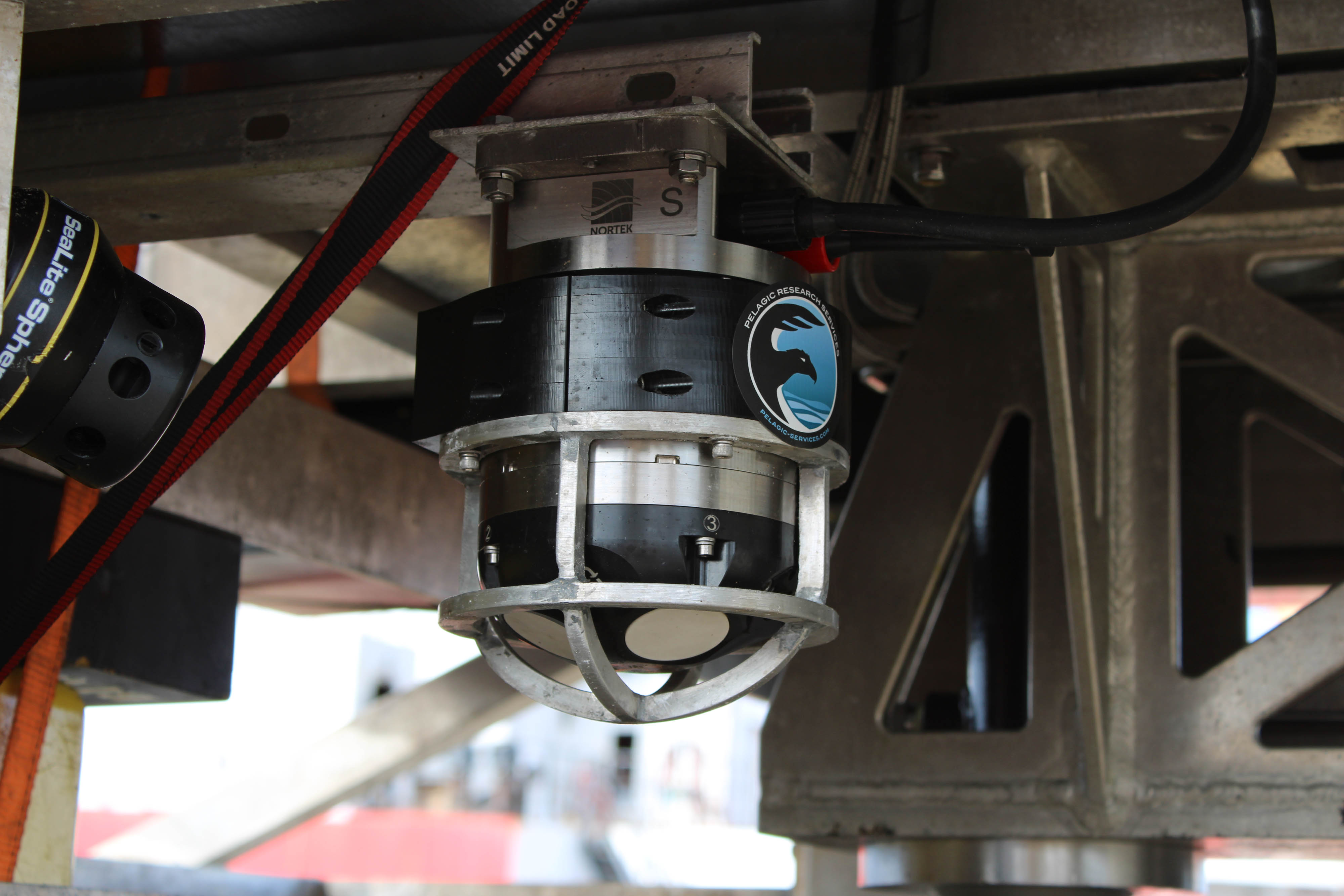 Pelagic integrated the Nortek DVL1000, a Doppler Velocity Log combining accuracy with a small footprint, to their ROV. The 1 MHz DVL, which has a maximum operating depth of 4000 m, is widely used by subsea operators, not just because of its light weight and compact form, but also due to its high accuracy, state-of-the-art technology, and ability to operate close to the seabed.

“The DVL1000 integrated seamlessly with the INS system right off the bat. After the first time we took it into the field, the client basically said: ‘You’ve solved navigation for us,’” Cassano recalls.

“We were able to move around the subsea spires and vents with confidence and with great efficiency. It really allowed the world to come into focus for us down there. And that meant we had more time to do the work and get the job done faster, which can save thousands of dollars for the client just by speeding it up,” says Cassano.

Given some of the equipment being deployed around the vents can cost hundreds of thousands of dollars, mislaying it is not really an option with which anyone involved wants to be presented. The accuracy and reliability of the Nortek DVL1000 has helped ease stress levels among the crew too.