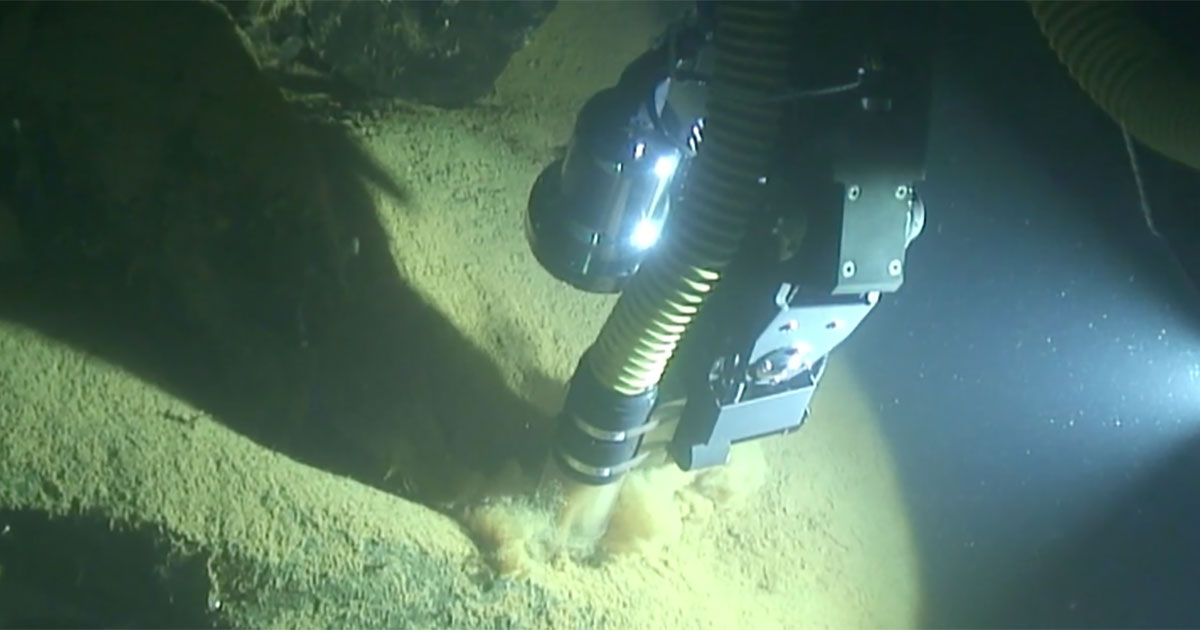 “For a vehicle to take a sample without a pilot driving it was a huge step forward,” says Rich Camilli, an associate scientist at WHOI leading the development of automation technology as part of NASA’s Planetary Science and Technology from Analog Research (PSTAR) interdisciplinary research program. “One of our goals was to toss out the joystick, and we were able to do just that.”

As with self-driving cars, handing the wheel over to a computer algorithm can be unsettling. The same goes for ocean robots, especially when they need to work in tricky and hazardous environments. Camilli was part of an international team of researchers on an expedition aimed at learning about life in the harsh, chemical-laden environment of Kolumbo, and also exploring the extent to which scientists can hand over the controls to ocean robots and allow them to explore without human intervention.

Slightly smaller than a Smart Car, NUI was equipped with Artificial Intelligence (AI)-based automated planning software—including a planner named ‘Spock’—that enabled the ROV to decide which sites to visit in the volcano and take samples autonomously.

NUI is lowered into the Aegean Sea before plunging to a depth of 500 meters to explore Kolumbo volcano. (Photo by Evan Lubofsky, © Woods Hole Oceanographic Institution)

Gideon Billings, a guest student from the University of Michigan whose thesis research focuses on automated technologies, got the honors of using his code to collect the very first automated sample, which was of a patch of sediment from Kolumbo’s mineral-rich seafloor. He issued a command to the autonomous manipulator and, moments later, a slurp-sample hose attached to the robotic arm extended down to the precise sample location and sucked up the dirt.

Billings says this level of automation will be important for NASA as they look toward developing technologies to explore ocean worlds beyond our solar system. “If we have this grand vision of sending robots to places like Europa and Enceladus [the moons of Jupiter and Saturn, respectively], they will ultimately need to work independently like this and without the assistance of a pilot,” he says.

Moving forward, Camilli will continue working with Billings and colleagues at the University of Michigan, as well as researchers from the Australian Centre for Field Robotics, Massachusetts Institute of Technology, and the Toyota Technological Institute at Chicago to push the automation technology forward. The work will include training ocean robots to see like ROV pilots using “gaze tracking” technology, and building a robust human-language interface so scientists can talk directly to robots without a pilot go-between.

“We can eventually see having a network of cognitive ocean robots where there’s a shared intelligence spanning an entire fleet, with each vehicle working cooperatively like bees in a hive,” Camilli says. “It will go well beyond losing the joystick.” Funding for this project was provided by a NASA PSTAR Grant #NNX16AL08 and a National Science Foundation National Robotics Initiative grant #IIS-1830500.