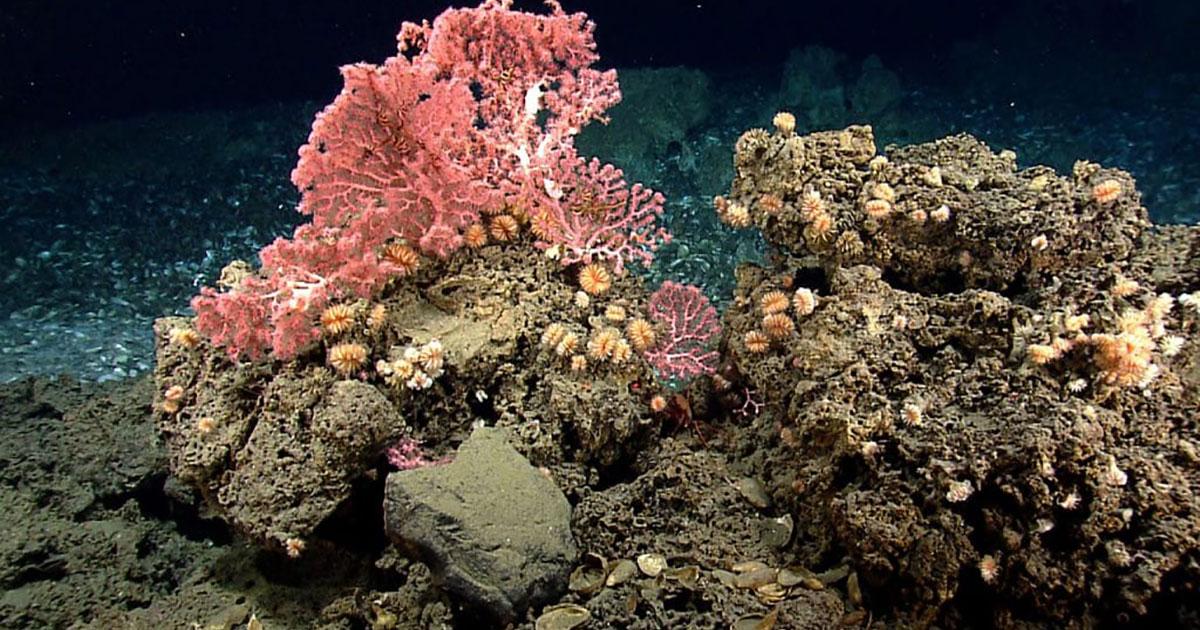 The Woods Hole Oceanographic Institution (WHOI) will join a new $94 million consortium led by the University of Rhode Island Graduate School of Oceanography to support ocean exploration, responsible resource management, improved scientific understanding of the deep sea and strengthen the nation’s Blue Economy, the National Oceanic and Atmospheric Administration (NOAA) announced on May 6.

“Exploration and understanding of our ocean is at the core of WHOI’s mission and at the heart of our nation’s economic and environmental security,” said WHOI President and Director Mark Abbott. “We are pleased to be a partner in this important endeavor.”

“There is another half of America, beneath the ocean’s surface, that we know very little about,” said Dr. Robert Ballard, lead principal investigator of the cooperative institute, Director of the Center for Ocean Exploration at the Graduate School of Oceanography, President of the Ocean Exploration Trust, and WHOI emeritus research scholar. “U.S. territorial waters cover more ocean than that of almost any other country on Earth. Imagine we’re about to lead the next Lewis and Clark expedition, only six times over. When we’re done, we’ll know what we have.”

“With the Blue Economy expected to more than double its contribution to the U.S. economy and employ 40 million people by 2030, NOAA’s new cooperative institute will be on the front lines helping NOAA explore and characterize the 3 billion acres of U.S. ocean territory,” said retired Navy Rear Adm. Tim Gallaudet, Ph.D., assistant secretary of commerce for oceans and atmosphere and deputy NOAA administrator. “The Blue Economy relies on data and information to inform science-based management and sustainable use of our ocean resources in support of economic growth, food security and our national security.”

“The creation of the Cooperative Institute will strengthen the already robust marine technology sector here and make us a hub for marine science and technology nationwide,” added U.S. Rep. William Keating, D-Mass. “I am proud to be able help lead the further development the Blue Economy in our region.”

The institute will enhance the capabilities of the NOAA Office Ocean Exploration and Research’s two ships of exploration, NOAA Ship Okeanos Explorer and exploration vessel (E/V) Nautilus—owned and operated by the Ocean Exploration Trust—to explore the seafloor as well as the mid-water or “Twilight Zone” where 95 percent of all living creatures are found. The cooperative institute will also explore the surface of the sea in collaboration with the National Geographic Society, which pioneered the development and use of increasingly sophisticated cameras and drones.

A priority for the cooperative institute is to transition away from the current methods of ocean exploration by developing and deploying in the deep ocean smaller, less expensive and mobile remotely operated vehicles (ROVs) and autonomous underwater vehicles (AUVs). These next-generation instruments will help carry out ocean mapping and exploration missions and can be launched from a wide variety of oceanographic vessels, such as the new National Science Foundation regional class research vessel, Resolution, soon to be homeported at URI’s Narragansett Bay Campus.

While the cooperative institute’s scientific research will take place far from shore and deep underwater, the consortium will provide an open window for the public to join the next five years of ocean discovery. Cutting-edge telepresence technology based at GSO’s Inner Space Center (ISC) will allow students, teachers and other members of the public to interact with scientists and see what researchers see in real-time as they explore the nation’s ocean depths.

The cooperative institute’s members have played pivotal roles in the development of ocean exploration technology. From human-occupied submersibles to the most recent innovations in ROV and AUV technologies, the future now leads towards complete robotic exploration with people on land orchestrating deep-ocean missions.

“Ocean discoveries will soon be made by robots that operate 24 hours a day, seven days a week while far out to sea and diving to great depths,” said Ballard. “But the future of ocean exploration will remain a human endeavor. We need the visionaries who develop ideas and new ways of exploring, engineers who make those ideas a reality, operators of the technology, and skilled communicators and educators who can explain the importance of these discoveries and inspire people around the world.”