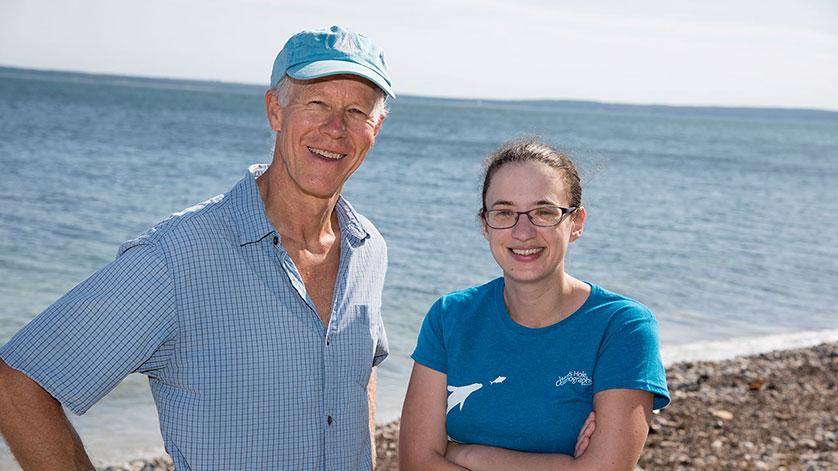 In the future, our homes and vehicles could be powered by fuel made from seaweed grown at large-scale offshore farms. Researchers at the Woods Hole Oceanographic Institution (WHOI) are working to help make that scenario a reality sooner with funding from the U.S. Department of Energy’s Advanced Research Projects Agency-Energy (ARPA-E).

"By focusing on the technological challenges to growing and harvesting macroalgae (seaweed) efficiently and cost-effectively, MARINER project teams are building the tools we need to fully put this resource to work contributing to our energy future," says ARPA-E Acting Director Eric Rohlfing.

"Bringing our scientists and engineers together to develop innovative solutions to important problems is a hallmark of WHOI," adds Mark Abbott, president and director of WHOI. "We’re pleased and honored to be selected by ARPA-E to work on advancing new sources of renewable energy." 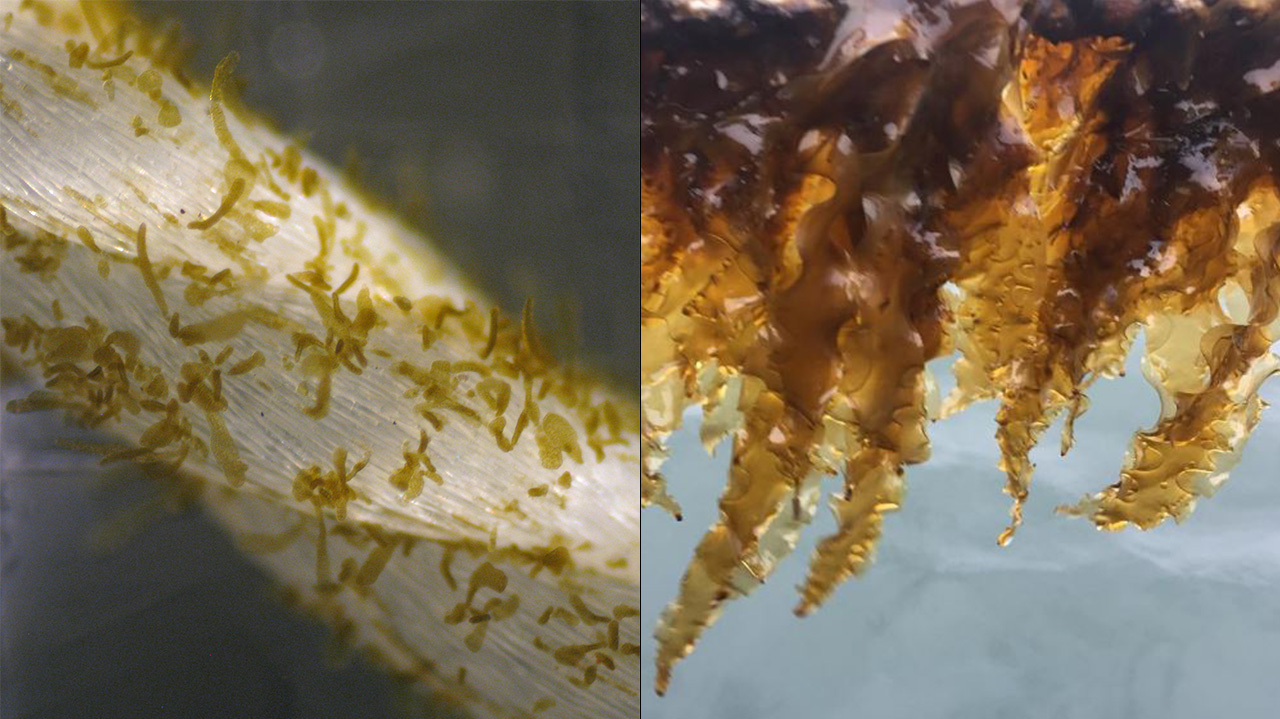 One of the funded projects will develop a breeding program for sugar kelp—Saccharina latissima, one of the most commercially important species—using the latest gene sequencing and genomic resources for faster, more accurate and efficient selective breeding. Photo by David Bailey, Woods Hole Oceanographic Institution

Currently in the U.S., seaweed is primarily used in food and food processing for humans and animals, and mostly comes from imported farmed product or wild harvests. Expanding seaweed farming domestically relieves pressure on wild stocks, creates jobs and revitalizes working waterfronts. Ultimately expanded and more efficient production will lead to expanded markets including feedstocks for biofuels. The ARPA-E estimates that in the U.S. combined brown and red seaweed farming could yield about 300 million dry metric tons per year. When converted to energy, that could fuel about 10 percent of the nation’s annual transportation needs.

"The MARINER program addresses a critical challenge that land production systems are unlikely to solve," explains biologist Scott Lindell, who is leading the research effort at WHOI. "How do we meet growing global biofuel needs and also meet the 50 to 100 percent increase in demand for food expected by 2050? Seaweed farming avoids the growing competition for fertile land, energy intensive fertilizers, and freshwater resources associated with traditional agriculture."

With $3.7 million, Lindell and a team of seaweed biologists, geneticists and entrepreneurs will develop a breeding program for sugar kelp—Saccharina latissima, one of the most commercially important species—using the latest gene sequencing and genomic resources for faster, more accurate and efficient selective breeding. The breeding program will build a library of genetic resources associated with plant traits that produce a 20 to to 30 percent improvement over wild plants. Lindell says the team expects to develop novel genomic tools that will accelerate the production of improved plants while decreasing the need for costly offshore field evaluations.

Partners in the project include: University of Connecticut-Stamford, which will develop the kelp strains and families for breeding; the USDA Agriculture Research Service at Cornell, which will apply DNA sequencing and genomic analysis to direct selective breeding for important traits; and GreenWave, which will operate the open ocean farming system for field trials of the selectively bred families. 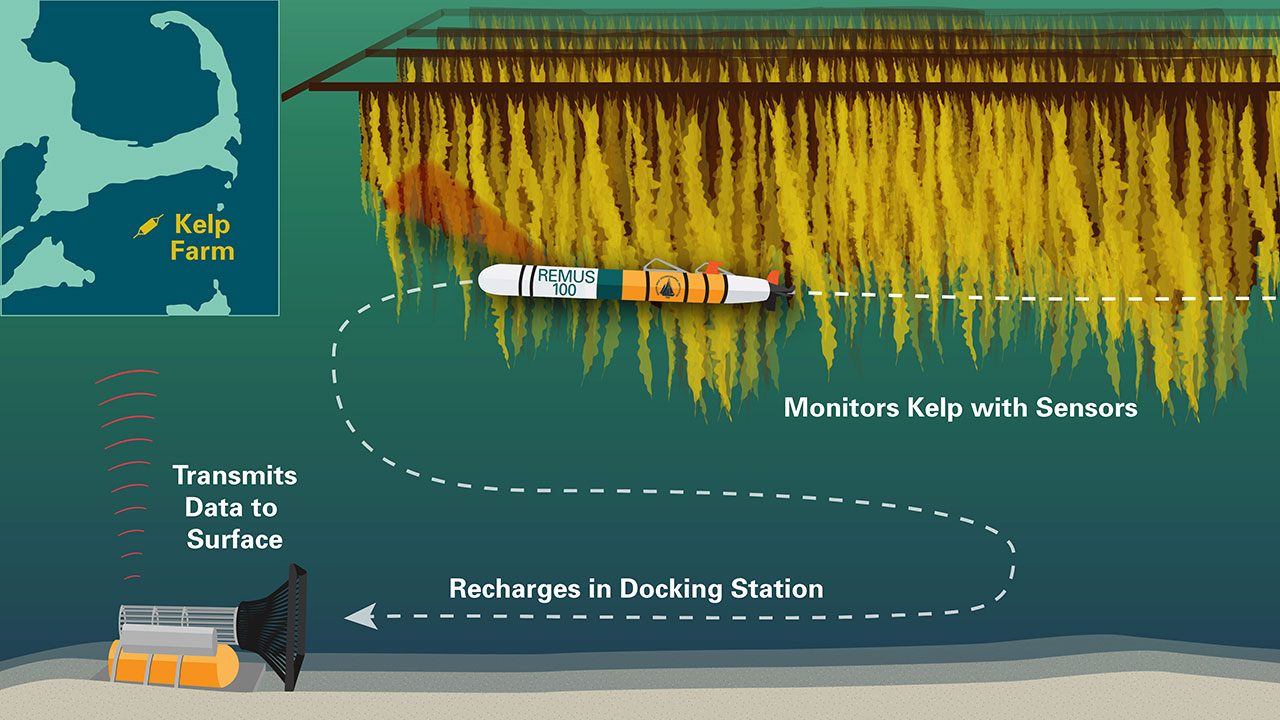 The remaining $2 million in funding will be used by a team from the Applied Ocean Physics and Engineering department to develop an autonomous underwater observation system for monitoring large-scale seaweed farms for extended periods of time without human intervention.

The WHOI team will outfit an unmanned underwater vehicle with acoustic, optical, and environmental sensors to monitor seaweed growth and health, equipment status, and water column properties, such as nutrient content.

"We will be using a REMUS (Remote Environmental Monitoring UnitS) 100 vehicle, which is a small robotic vehicle developed at WHOI to survey shallow coastal areas," says Fischell. "A REMUS docking station will be the base of the system, allowing the vehicle to recharge and transmit data making long-term operation possible."

The WHOI-lead project teams will collaborate with a third MARINER project awarded to a team led by the University of Alaska Fairbanks. That project is developing scale model seaweed farms capable of producing sugar kelp for less than $100 per dry metric ton. Lindell will lead biological sampling and testing at seaweed farm sites in New England—Nantucket Sound and Long Island Sound—and Alaska.

The two WHOI awards are among 18 innovative projects that received a total of $22 million in funding from ARPA-E.