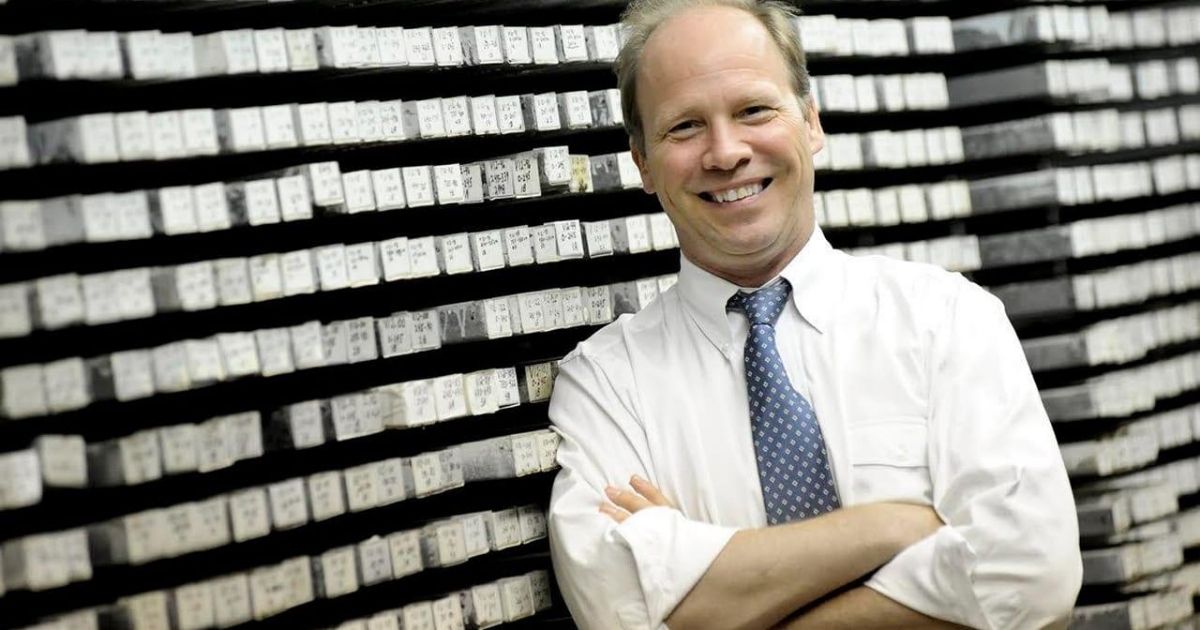 Woods Hole Oceanographic Institution (WHOI) announces that Dr. Peter de Menocal has been named the eleventh President and Director of the Institution.

De Menocal is a marine geologist and paleo-oceanographer who studies deep-sea sediments as archives of past climate change, illuminating centuries of climate history and ocean circulation patterns in the geological record and drawing connections to the human dimensions of climate change today.

De Menocal was the Thomas Alva Edison/Con Edison Professor in the Department of Earth and Environmental Sciences at Columbia University’s Lamont-Doherty Earth Observatory. De Menocal also served as Columbia’s Dean of Science for the Faculty of Arts & Sciences between 2016-2019, overseeing the University’s nine scientific departments. During his tenure as Dean of Science, he developed and executed on a strategic plan that helped double philanthropic support for the sciences, significantly increase success in winning large center and institute awards, and double faculty hiring rates for women and under-represented minorities in the natural sciences.

De Menocal has published more than 150 scientific papers over his decades-long career in oceanography. He is also the founding director of Columbia’s Center for Climate and Life, a team of more than 120 PhD scientists and other experts mobilizing use-inspired science to understand how climate impacts essential aspects of human life, including food security, water, shelter, and sustainable energy solutions. Under de Menocal’s leadership, the Center pioneered collaborations with the private sector to inform science-based solutions.

“I am thrilled to be taking on the leadership of one of the world’s premier centers of excellence in ocean discovery and innovation,” said de Menocal. “Thanks to the great work of my predecessors and WHOI’s remarkable staff, we have an opportunity today to build upon more than nine decades of leadership at the Institution, not just in ocean science, but also in engineering, ship operations, and education. The ocean is central to the health and habitability of our planet.  This is a generational opportunity for WHOI to advance the science we need for the world we want.”

“We are delighted to have achieved such an excellent result at the conclusion of a world-wide search,” said Amy Bower, Chair of the Physical Oceanography Department at WHOI, who co-chaired the presidential search committee along with WHOI Trustee Michael Esposito. “De Menocal brings a wealth of experience to the Institution, including a track record of scientific innovation, fundraising success, and championing initiatives to help bring greater gender, racial, and ethnic diversity to Columbia during his time there—three key priorities for WHOI in the years to come.”

Over the past six months, a search committee comprised of five trustees and five WHOI scientists and engineers conducted an in-depth search process that included more than 50 candidates from diverse backgrounds. Following extensive consultation among WHOI staff and outside members of the oceanographic community, as well as a survey and multiple rounds of interviews, the committee voted unanimously to hire de Menocal.

“We are excited to usher in a new era at WHOI, building on the successes achieved under the enlightened leadership of Mark Abbott over the last five years,” said Chairman of the Board David Scully. “With his impressive credentials as an oceanographer and thought leader, Peter is poised to lead WHOI on a shared mission to provide the science, data, and solutions required to protect and sustainably manage the ocean for the benefit of humanity.” Scully also announced an effort to raise a President’s Investment Fund over the coming months to provide de Menocal with a pool of strategic resources to deploy at the beginning of his tenure at WHOI.

De Menocal will begin in his new role on October 1, 2020. WHOI’s present President and Director, Mark Abbott, who announced his retirement in November 2019, will remain on WHOI’s staff through the end of 2021 to ensure a smooth leadership transition.