The Well-SENSE optical gauge widens the well surveillance application envelope for FLI, both on and offshore, and offers operators a low-cost and disposable alternative to both permanent downhole sensors and more traditional electronic logging devices.

Combined with FLI’s other features and benefits, including a simple deployment mechanism and distributing sensing, it can deliver savings in the region of 50-90% compared to conventional logging methods. 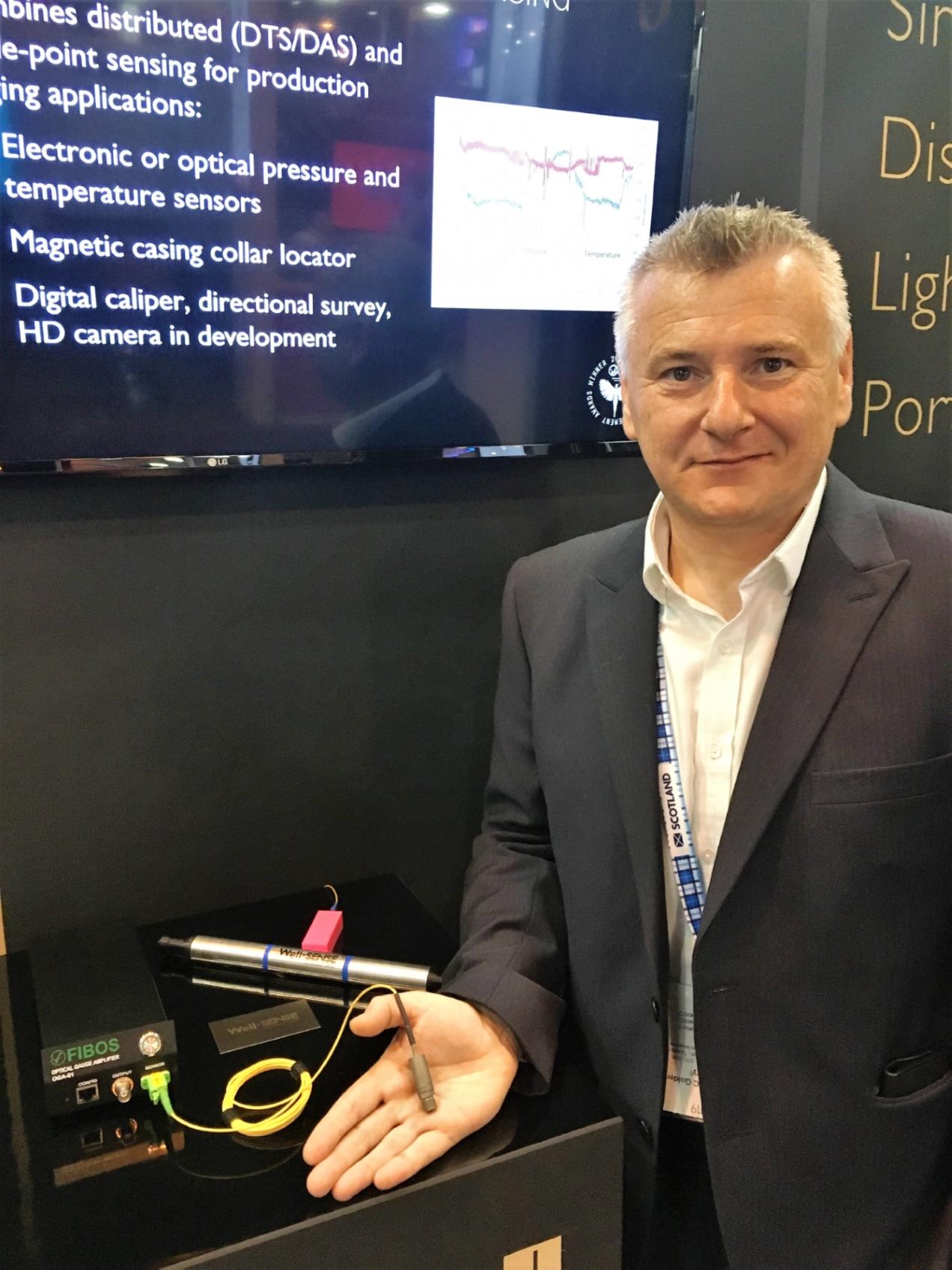 The fiber Bragg grating based device is a robust optical gauge with no electronics, batteries, external connections or power supply required. It is integrated into the fiber line and is ideally suited to well surveillance activities in harsh environments around the world, including HPHT applications. Set as standard, the new gauge has the capability to measure up to 10,000psi and 150°C, with the option to enhance this further to 20,000psi and 300°C.

The Aberdeen-headquartered company has developed its own exclusive technology in partnership with optical sensor company Fibos in Toronto, Canada. Believed to be one of the most compact Bragg grating based gauges on the market, at around only 10mm³, it can be combined with other sensors and incorporated inside Well-SENSE’s smallest FLI probe. This means that it can be deployed in narrow access wells to log data during descent and capture bottom hole temperature and pressure over time. It is long-lasting and can be left in the well with the FLI system for days, or even months, and will stream real-time, live well data along the optical fiber back to surface.

“To counter this for our clients, we have developed a miniaturised optical pressure-temperature gauge, utilising advanced Bragg grating technology, which will combine seamlessly with our simple, low cost, disposable FLI system. The technology is sophisticated and sensitive to suit high value production logging operations, whilst the flexibility and simplicity of the FLI system allows it to access places in the well that wireline sensors physically can’t at a much lower cost.

“The introduction of this pressure and temperature sensor as part of our technology roadmap is an exciting addition to our FiberLine solution. We have further optical developments in the pipeline to expand the range for our customers – so watch this space.”

Fiber Bragg gratings have been used in oil and gas production monitoring since the 1990s and can be used for a wide range of applications including flow monitoring, production profiling and leak detection.

A fiber Bragg grating is a short segment of optical fiber with inscribed gratings, set precise distances apart, that reflect particular wavelengths of light and transmit others. By monitoring the expansion and contraction of these gratings, measurements of pressure and temperature can be obtained.

Well-SENSE, alongside ClearWELL, Unity and Pragma, is part of the Aberdeen based FrontRow Energy Technology Group.

With its headquarters and R&D hub in Aberdeen, Well-SENSE also has a manufacturing facility in Hampshire, England, and a commercial operation in Houston in the US.

Well-SENSE is exhibiting at OTC in Houston and can be found at stand 1161-1.