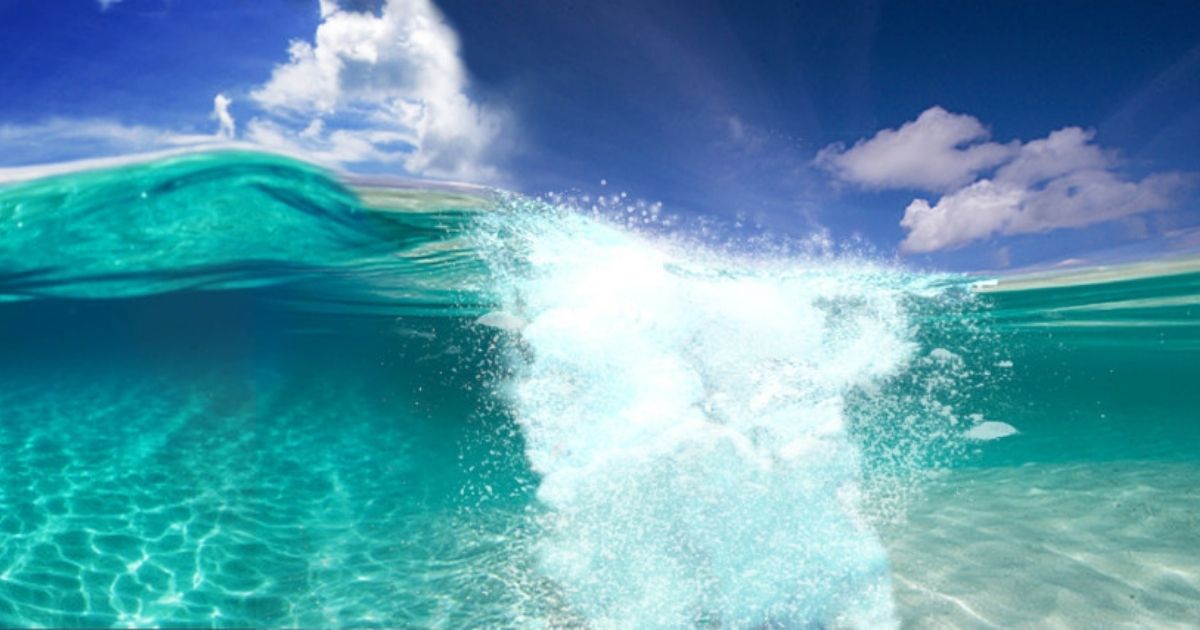 Whether the culprit is climate change or some other phenomenon, it's clear that hurricanes are on the rise – not only in the amount of storms we see, but often in their severity too.

Questions continue to arise about ways to combat this new normal, especially as more and more lives, coastal infrastructures and billions of dollars get washed away by massive ocean waves with the coming of each storm. Destino Rivera of New York's Atlantean Technologies seems to have come up with the world-changing answer… a new innovative technology he's single-handedly been developing since 2004 called Wave Killer.

"Our patented, game-changing, environmentally safe 'Wave Killer' system is not found anywhere else on the planet. It creates immensely thick walls of air bubbles 10, 20, even 50 feet wide that can span for miles on end. The system gets anchored to the ocean floor, rises all the way to the surface and changes the medium of the water from liquid to air," says Rivera, a master diver with 30 years of underwater construction experience, "we protect entire coastal infrastructures by cooling ocean surface temperatures and stopping ocean waves from coming ashore during hurricanes, eradicating beach erosion, containing oil spills and dredging siltation, creating swimming areas safe from sharks, stopping marine life from clogging nuclear plant intakes, breathing life back into dying coral reefs and as luck would have it, saving the lives of whales, dolphins and other marine life by creating perimeters around seismic blasts, air bombs and sonar pings from wind and oil drilling projects that cannot be penetrated."

Rivera also believes with the right satellite buoy alert systems in place, that Wave Killer can potentially stop tsunami waves from reaching shore with very little advanced notice and that it's also possible to elevate cool water from the ocean bottom to the warm surface, thus decreasing the surface temperature in hurricane 'hot spots' to slow climate change and decrease the strength of massive storms globally. "We know strong storms can be a necessary evil in terms of healthy aquatic ecosystems and the natural development of the earth, but if we can take a Category 5 and reduce it to a Category 1 storm just by making the ocean's surface temperature cooler in geographic storm tracks, we could save lives, coastlines and billions of dollars' worth of damage in the process," suggests Rivera.

How does it work? Ocean energy travels in waves through water very efficiently because water is incompressible, and it allows the power to travel through it with very little loss of momentum. The innovative Wave Killer system is so dense with air bubbles that it degrades energy waves because the air content of its two-phase flow compresses, absorbs and diffuses that energy – so it literally kills ocean surface waves because they simply can't travel on air.

Wave Killer comes in modular 20-foot sections with air being pumped into a system of environmentally safe tubes, which then gets delivered to strategically positioned air dispersal heads with tiny holes releasing intermingling bubbles. The air gets supplied by centrifuge fans, compressors, or even the bypass of jet engines which can run on natural gas – depending on how many miles of coastline are being protected. It is also a sealed air system, so it always has air in it even when it is turned off. The system can be activated in mere seconds and only when needed—no storms, not active; no oil spills, the same.

There are other scientists around the globe working on similar concepts, but the Wave Killer system is not only far more effective because of its ability to be as long and wide as necessary, but it's also the only patented system in the world. Other systems that have been tested typically include just one thin hose with air pumped in to make bubble walls only about 6 inches in width, but the Wave Killer System includes millions of bubbles mixing together per second that create impenetrable walls of air with far more game-changing applications than any other system being tested.

So why hasn't this been put to use right away? Rivera says he's spoken with over 30 senatorial and congressional offices to alert them this technology now exists, as well as the Department of the Interior, the US Navy, NOAA and other agencies who can use this system to help save the environment from storms, oil spills and other disasters. "We know the system works," Mr. Rivera said, "and what we need now is the funding to build an updated prototype and run final tests on the system before deploying in the most vulnerable environments."

It's not inexpensive to put these systems in, but considering how North and South Carolina invested over one billion dollars to rebuild their beaches, only to see 100% of their investment get washed away in 2019 from Hurricane Dorian, a Wave Killer system 200 yards offshore killing those massive ocean waves that eroded their coastlines would have been a fraction of the cost. The same can be said for containing oil spills and other costly disasters. There is more yet to be learned on how this technology can help us all weather future storms. Their website is here, and Mr. Rivera promises to share test results with the public as soon as their next round of demonstrations is complete.