Wärtsilä Joins Seabin Project in the Battle against Ocean Plastics 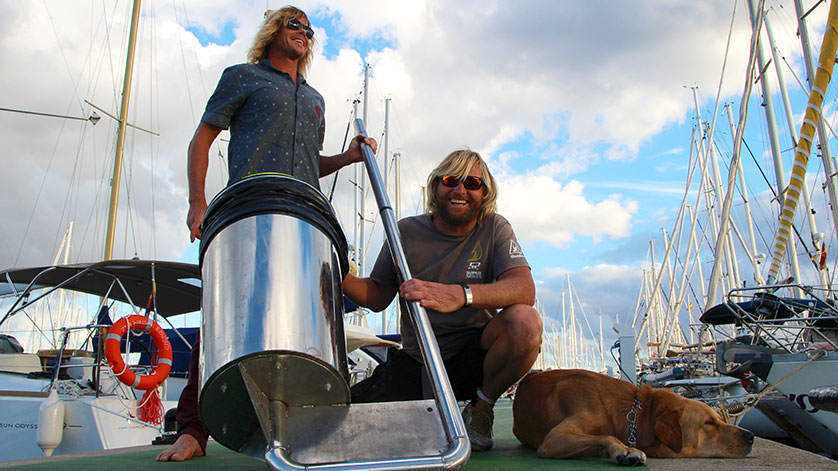 The Finnish technology group Wärtsilä has signed an agreement with the Seabin Project to join their global pilot program, which addresses the worldwide littering problem affecting our oceans. The project aims at approaching the challenge from multiple angles with a key emphasis on education, research and technology.

Wärtsilä will work in cooperation with Seabin Project for the next three years and has sponsored both the city and port of Helsinki's involvement with the program. The Wärtsilä - Seabin partnership aims at dynamic and versatile actions using Wärtsilä's experience, established technologies, and know-how in environmental product development.

The partnership with Seabin is part of Wärtsilä Corporation's Finland 100 year centennial program. The company is celebrating 100 years of Finland's independence by giving something back to the country, part of which is the sponsorship of the city and port of Helsinki.

The Seabin is a floating rubbish bin that is located in the water at marinas, docks, yacht clubs and commercial ports, collecting all floating rubbish. Water is sucked in from the surface and passes through the catch bag filter inside the Seabin. The water is then pumped back into the marina leaving litter and debris trapped in the catch bag to be disposed of properly. The Seabin also has the potential to collect a percentage of oils and pollutants floating on the water surface. The team at Seabin Project are currently using 12 volt submersible water pumps, which have the option to use alternative and cleaner energy sources. This may be using solar, wave or wind power technology depending on the geographical location and current technologies available.

Seabin's global pilot program will be launched in April 2017 with the presentation and installation of the latest prototype (V5 Hybrid) in different locations around the globe. Helsinki will be one of these locations and is to date the only one in the Nordic countries. During the three month test period, user experience and data will be gathered from the pilot partners before commercial sales of the Seabins commence.

Wärtsilä is a member of the Sustainable Shipping Initiative and a signatory to the UN Global Compact, and is shaping the traditional marine and energy markets with sustainable and renewable solutions, all aimed at improving the environmental footprint of marine transport and power production.

"Wärtsilä is proud to join the Seabin Global Pilot Program. As one of the marine industry's leading solutions suppliers, it is our responsibility to supply efficient products that help our customers protect the environment. Environmental actions need to take place now and everyone can play a role, corporations as well as individuals," says Jaakko Eskola, President & CEO of Wärtsilä Corporation.

"We are excited that Wärtsilä has joined the program and even more proud that they are sponsoring an entire city with Seabins. We expect to see some amazing and dynamic collaborations in the very near future with Wärtsilä to further develop the technology, and to get the Seabins off the dock and into the waters," says Pete Ceglinski, Co-founder and Managing Director at Seabin Project.

The effect that plastic is having on our environment and ecosystems is staggering. It is estimated that by 2025 there will be 1 ton of plastic in the ocean for every 3 tons of fish. Furthermore, by 2050 oceans are expected to contain more plastics than fish by weight (source: Ellen Macarthur Foundation, 2016). Over the last 10 years we have produced more plastic than during the whole of the last century. Plastics cause more than US$13 billion of damage to marine ecosystems per year. Animals ingest and become entangled in our discarded rubbish. Local marine environments suffer, leading to lower fish and seafood stocks. Shipping and tourism industries can be damaged, while humans unwittingly consume harmful pollutants when eating contaminated seafood.