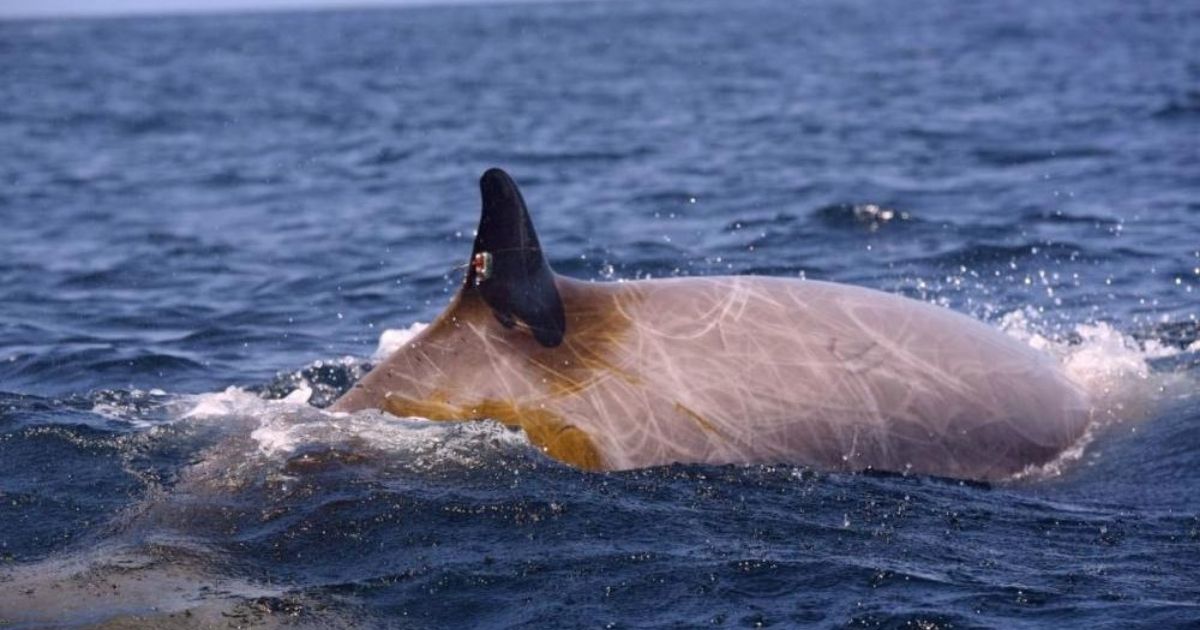 The Cole was helping to support a joint Chief of Naval Operations and Living Marine Resources (LMR) program project designed to understand the effects sonar has on marine mammal behavior.

The crew of the Cole assisted while two separate pods of beaked and pilot whales were tracked off the Virginia Capes during a Behavioral Response Study (BRS) Controlled Exposure Experiment (CEE) under the guidance of Navy personnel from U.S. Fleet Forces (USFF) Command and contracted scientists.

“This experiment in particular was a huge success due to the Cole,” said Ron Filipowicz, an environmental policy specialist at USFF. “The level of support and coordination was the best we've ever had.”

The Cole’s support for the project entailed use of active sonar at a specific time and location so that the researchers could monitor the reaction of the marine species.

“It's not an easy thing for a ship to do, and the Cole supported us tremendously,” said Filipowicz.

“We were excited to have this unique opportunity and help contribute to the gathering of marine species data that will be of significant value to the Navy, National Marine Fisheries Service and other stakeholders,” said Cmdr. Ted Pledger, the ship’s commanding officer.

The study occurs as often as the schedule of Navy vessels and the migratory patterns of specific marine mammals allow.

“We started conducting CEEs in 2017 but had been deploying satellite tags on beaked whales and pilot whales at that location going back several more years,” said Joel Bell, a senior marine resources specialist at Naval Facilities Engineering Command (NAVFAC) Atlantic. “That gave us a very large baseline data set for comparison.”

“The behavioral response study gives the Navy a chance to participate in science data collection in a meaningful way,” said Filipowicz. “By using the best available science, we can move forward with our environmental impact studies and work out the best way that the Navy should mitigate while conducting our activities, and how we can contribute to not harming the environment in the most effective way possible.”

Bell said it is not easy to tag the animals. “They may only break the surface 3-5 times for a few seconds each time before diving and not coming up for another 30-60 minutes,” he said.

The tags record information from the mammal as well as the acoustic information from the Navy ship that is transmitting the active sonar,” said Filipowicz. “That information is recorded from retrieved tags or is sent up to a satellite which is then transmitted back to a receiver that the scientific team has to record the data.”

“There are protocols in place for aiding with the safety of the tagging vessels and personnel as well as the mammals, ensuring they are not disturbed in a harmful way,” said Filipowicz.

All of the data collected is shared with the National Marine Fisheries Service and other scientific organizations of interest.

“Our scientific data is freely available to any scientific organization and we publish it specifically for use in our environmental permits.” said Filipowicz. “The National Fisheries Service, as a cooperating agency has a hand with our environmental impact studies and they issue our permits to us. So, whatever science we use they use and vice versa.”

The mission of the LMR Program is to support the Navy’s ability to conduct uninterrupted training and testing, which preserve core Navy readiness capabilities. To learn more, please click here.