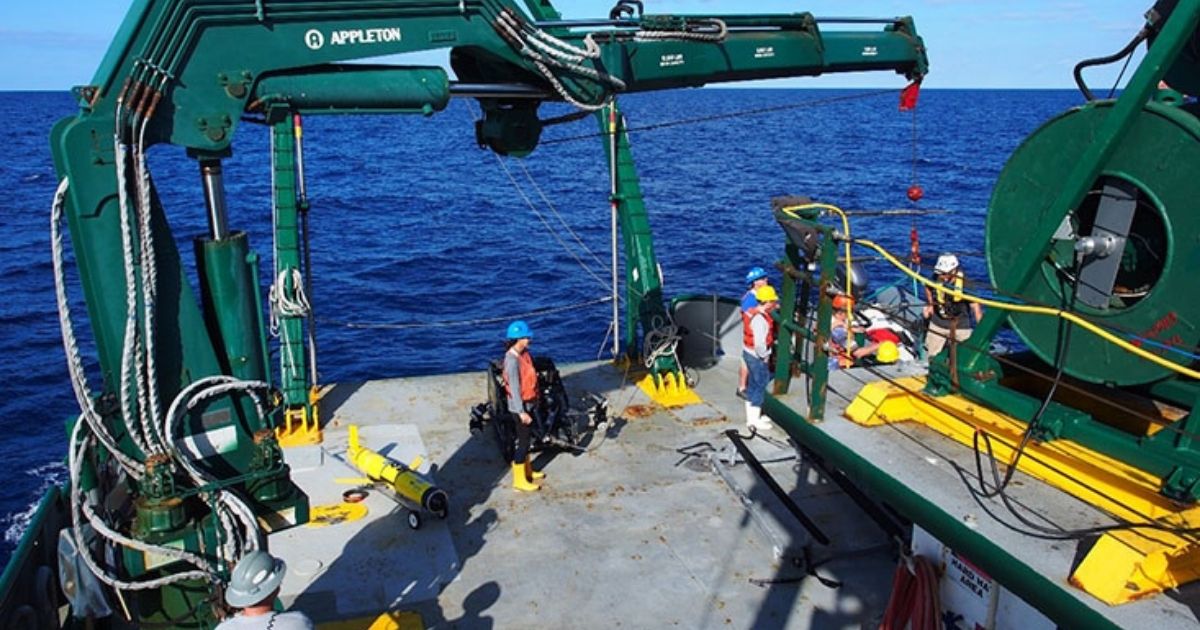 The University of South Florida’s College of Marine Science has been awarded a five-year, $9 million cooperative agreement by the National Oceanic and Atmospheric Administration’s (NOAA) Office of Coast Survey to launch the Center for Ocean Mapping and Innovative Technologies (COMIT).

The center, located on the USF St. Petersburg campus, will develop new technologies and approaches to ocean and coastal zone mapping in line with NOAA’s commitment to building resilient coastal ecosystems, communities and economies.

“This partnership between the University of South Florida and NOAA will enable us to deliver detailed maps of the seafloor in the Gulf of Mexico,” said Tom Frazer, dean of the College of Marine Science. “A surprisingly small percentage of the world’s oceans have been adequately mapped. The mapping products generated from this collaborative effort will help us to better understand important ocean processes and sustainably manage the rich array of natural resources found in the Gulf.”

“I am excited for NOAA to start this new partnership with USF,” said Rear Admiral Shepard M. Smith, director of NOAA’s Office of Coast Survey. “This comes at a crucial time when advances in unmanned systems, artificial intelligence, and machine learning are helping us more efficiently and accurately map the seafloor and provide data to inform decisions vital to resource conservation and our national and economic security."

Sonar map of the water depths in the “Elbow” region 70 miles west of St. Petersburg, Florida. Image courtesy of Matthew Hommeyer of the Center for Ocean Mapping and Integrative Technologies at the University of South Florida. The conspicuous ridge feature that spans the length of the area runs parallel to Florida’s current Gulf Coast. It is hypothesized that this is a drowned barrier island that existed 10,000-12,000 years ago when the sea level was lower.

Ocean maps are traditionally created using sonar equipment and other technologies aboard expensive ships. The work is time-consuming, especially in shallow waters, and requires the ship to cruise over the area of interest in a methodical, “mow the lawn” pattern. The new center will evaluate and demonstrate the cost-effectiveness of innovative technologies including autonomous surface vessels, underwater robots and satellites.

“As a coastal state, the strength of our economy relies on clean, safe, and productive ocean ecosystems—and on our ability to effectively and accurately map those systems,” said Senator Marco Rubio. “The new center, which will build on the unique expertise of USF as a leader in marine sciences nationally and globally, will benefit our state and advance our national leadership in ocean science.”

COMIT’s goals align with the recently-released National Strategy for Mapping, Exploring, and Characterizing the United States Exclusive Economic Zone and is consistent with the Seabed 2030 initiative to have the world’s oceans mapped during the next decade.  The Exclusive Economic Zone (EEZ) is the area of the seabed that falls within the jurisdiction of the United States.

It will also harness the longstanding partnerships in St. Petersburg that have made it the largest hub of marine science expertise in the southeastern United States. Representative Charlie Crist said, “This partnership between NOAA and USF will build upon long existing cooperation between the agency and the university, and will take advantage of the vibrant marine science and innovation communities of the city of St. Petersburg.”

USF’s center plan also includes a robust education strategy to ensure the research is shared with stakeholder audiences in communities near and far.