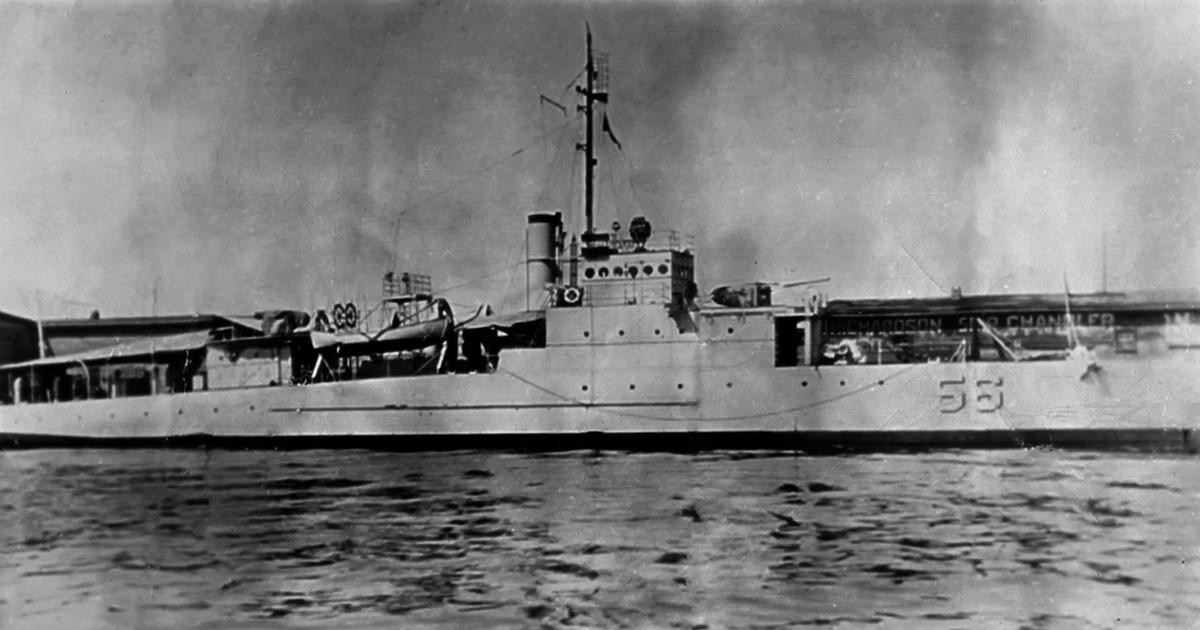 During WW II on April 23, 1945 the USS Eagle PE-56, a Sub Hunter, was supporting Navy training exercises off of Portland Maine.

It was about noon when all of a sudden there was an explosion amidships ripping the PE-56 into 2 pieces. They floated for a short period of time before disappearing below the waves. There were only 13 survivors with 49 officers and crew members going down with the ship. Though 5 of the survivors said they saw in the distance a submarine conning tower with a red and yellow emblem, the Navy investigation at the time concluded it was just an accidental boiler explosion which sank the PE-56. (Image: Portland Press Harold May 9 1945)

Paul Lawton, a Boston lawyer, diver and historian looked closely at the PE-56 sinking and he was able to piece together that in fact a German Submarine, the U853, was in Maine waters at the time the PE-56 sank. Its conning tower emblem was painted red and yellow which agreed with the 5 survivors who claimed to have seen on the conning tower after the PE-56 explosion. Lawton was convinced the PE-56 was sunk by a German torpedo.

In 2000, Paul Lawton contacted Garry Kozak, a specialist in undersea search and asked if he would be willing to see if the PE-56 remains could be located. The summer of 2000 Kozak and Lawton did a side scan sonar search trying to find the remains of the PE-56. 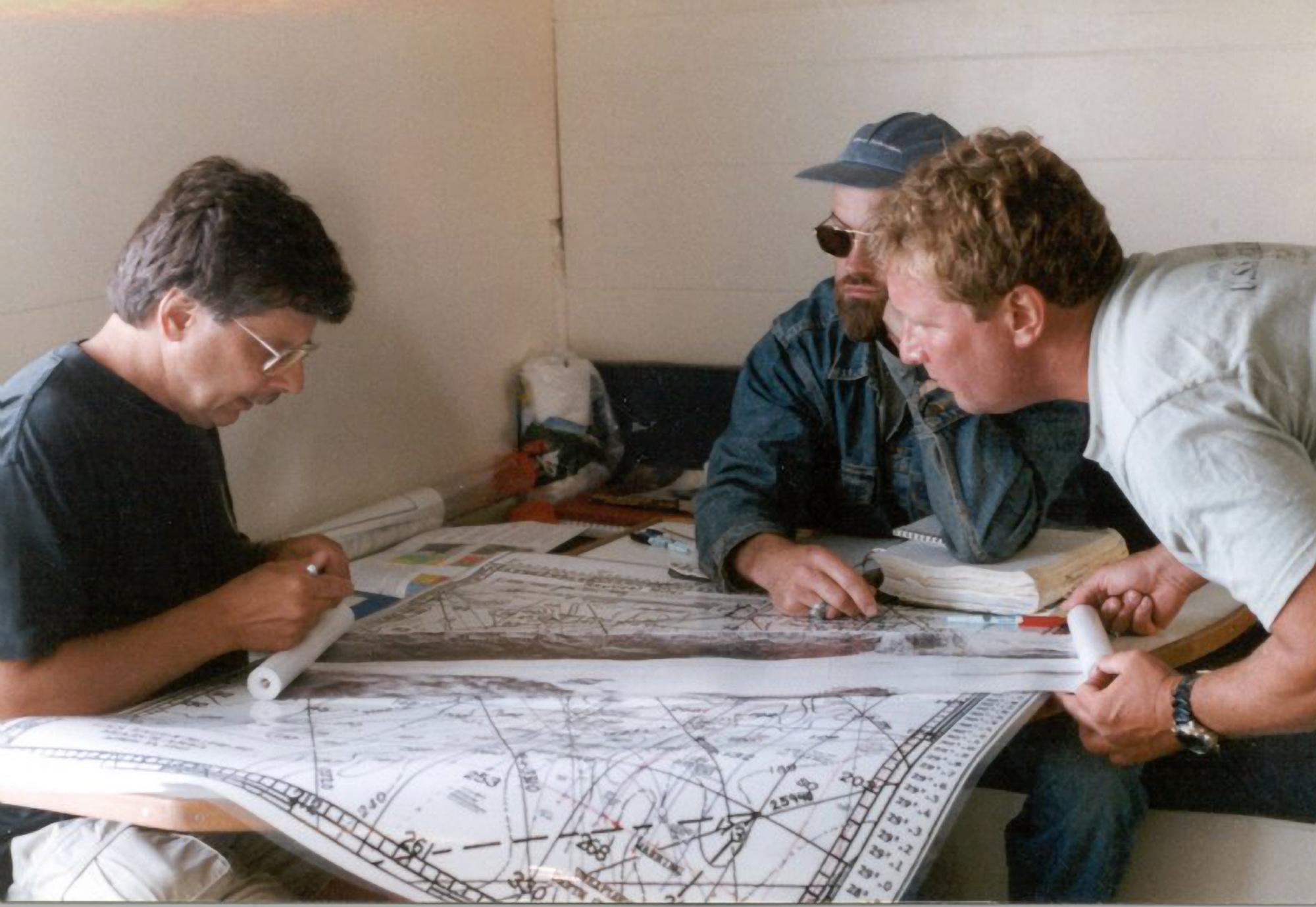 The Eagle boat disappointedly was not found. Lawton went on to lobby the Navy with his research and evidence supporting that the PE-56 was lost in action and not simply an accident. The Navy re-opened the case and with Lawton’s evidence, re-classified the sinking as lost due to enemy action. It is the only time the US Navy has overruled its own court of inquiry findings. On June 8, 2002 a ceremony was held onboard the USS Salem in Quincy Massachusetts awarding purple hearts to the survivors and the families of those lost on the PE-56. However the exact location of the PE-56 was still a mystery.

Kozak wanted to try to solve the mystery where the PE-56 was for final closure on where the remains of the 49 Navy crew were. He made a commitment to continue with the search. . Kozak over the next 6 years made 10 more searches for the PE-56 but still with no results on where she lay. Other shipwrecks were found but not the Eagle boat.

Why the PE 56 Search Was So Difficult

Kozak has been asked why the PE 56 search was so difficult. With any underwater search it comes down to event data. This includes observers of the event, ships logs if available, survivors (if any) descriptions, wind direction and speed, local current data, debris drift and how they all relate to a timeline. 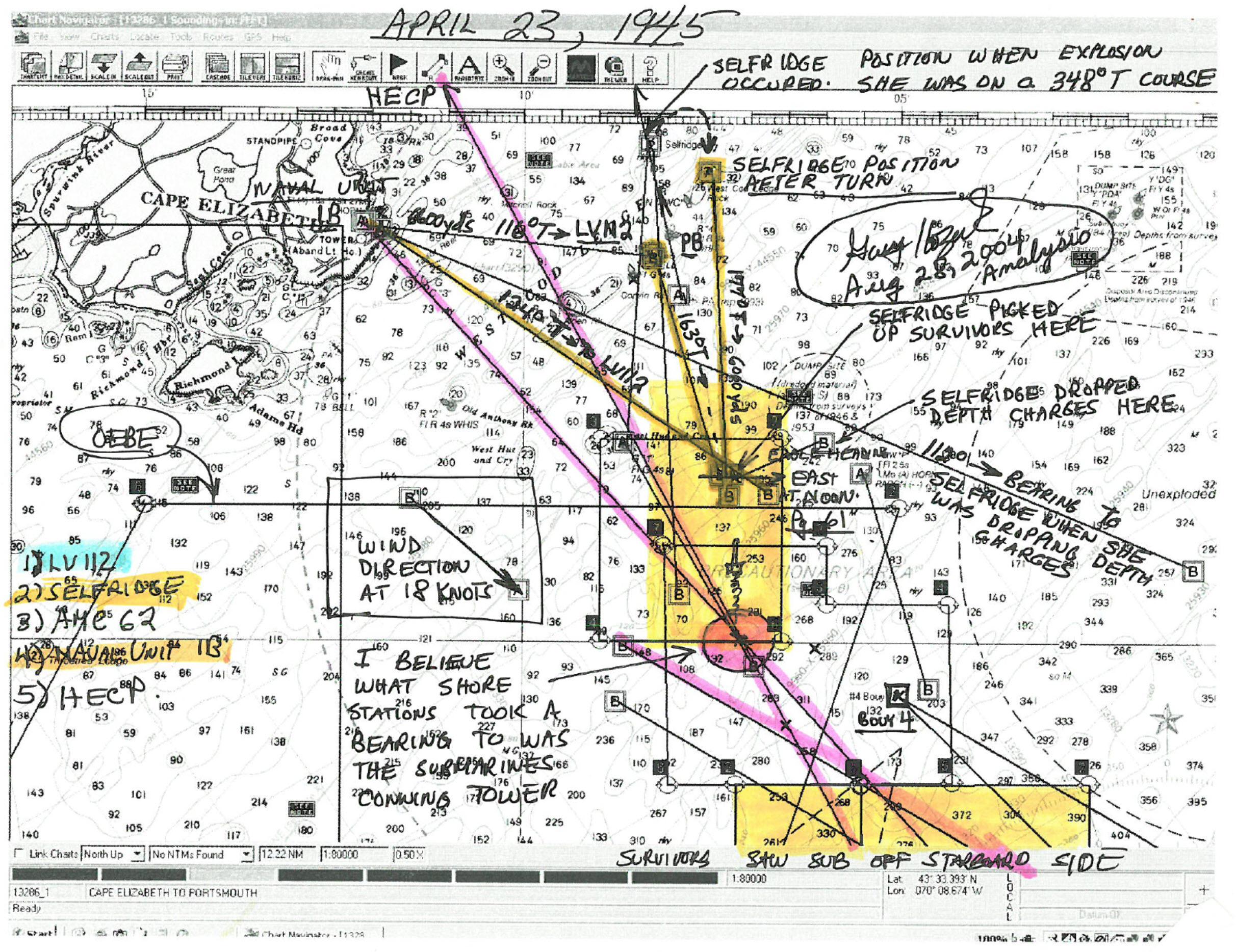 In the case of the PE-56 the "event data" could not have been any better. A total of 5 observers made up of 2 shore based sightings giving range and bearing, and 3 ships that observed the ship explode who also gave bearings and estimated ranges. With this many observers you should of literally had an "X" on the water to mark the spot. When the prime area is searched with no success, the tendency is to conclude some of the observers’ data had error resulting in the expanding of the search area to account for these perceived observer errors (totally ignored Occam's Razor on this one). In the case of of the PE-56, this precisely happened resulting in a total of 37 square miles of seafloor being searched. 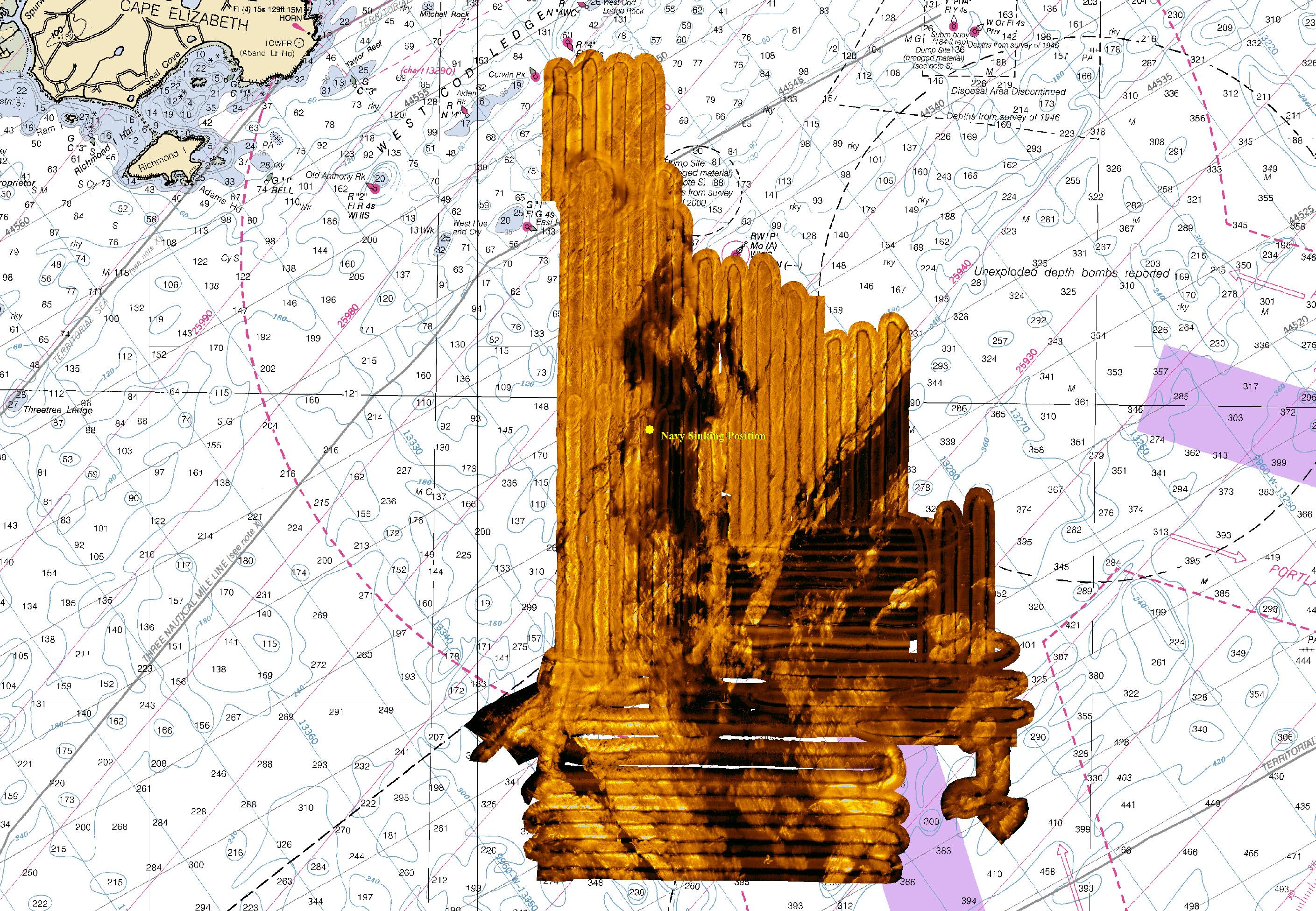 At some point it is realized and accepted that the area expanded has exceeded what is realistic so the only conclusion is the target was missed and was actually somewhere behind you where you previously searched. So what made the finding of the PE-56 so difficult? It came down to the seafloor terrain 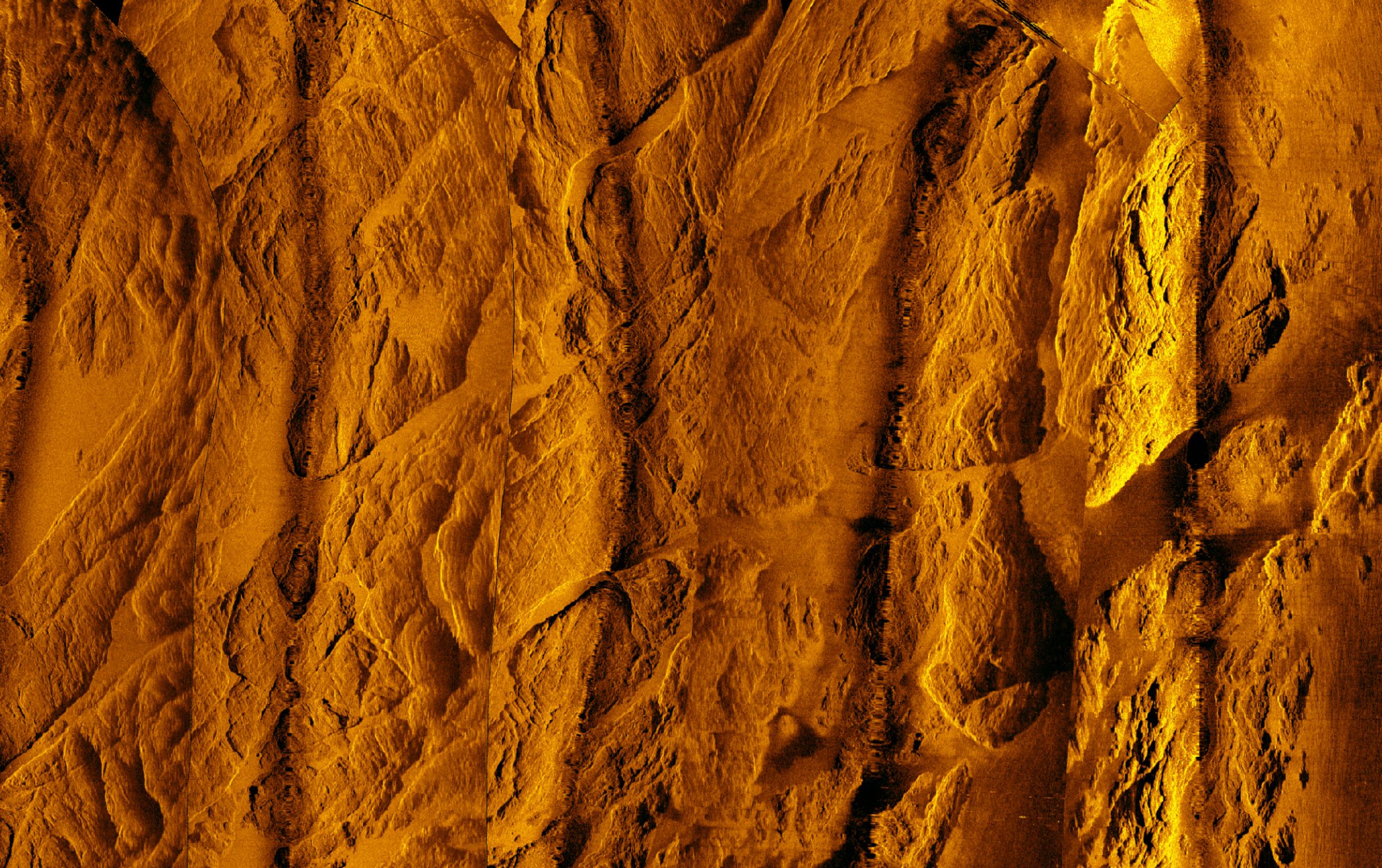 It was heavily geologic with massive rock outcroppings that can easily mask and make possible targets stealth. Looking back, the data that actually would contain the PE-56 was made on March 21 2005, but it was not until a re-analysis (of many) on May 5 2011 that an object caught Kozak’s eye sitting between huge rock outcroppings.

June of 2018 local NH technical divers contacted Kozak about his search for the PE-56. They had an interest in it and Kozak shared all he had done with them, but asked that they do one thing, dive the object Kozak noted back in his 2011 sonar data re-analysis. The divers made the 82-meter dive and confirmed it was the bow of the PE-56. A short distance to the NE laid the stern section of the ship. Now after all the years’ since the sinking, the exaction location of the PE-56 and its missing crew was known. 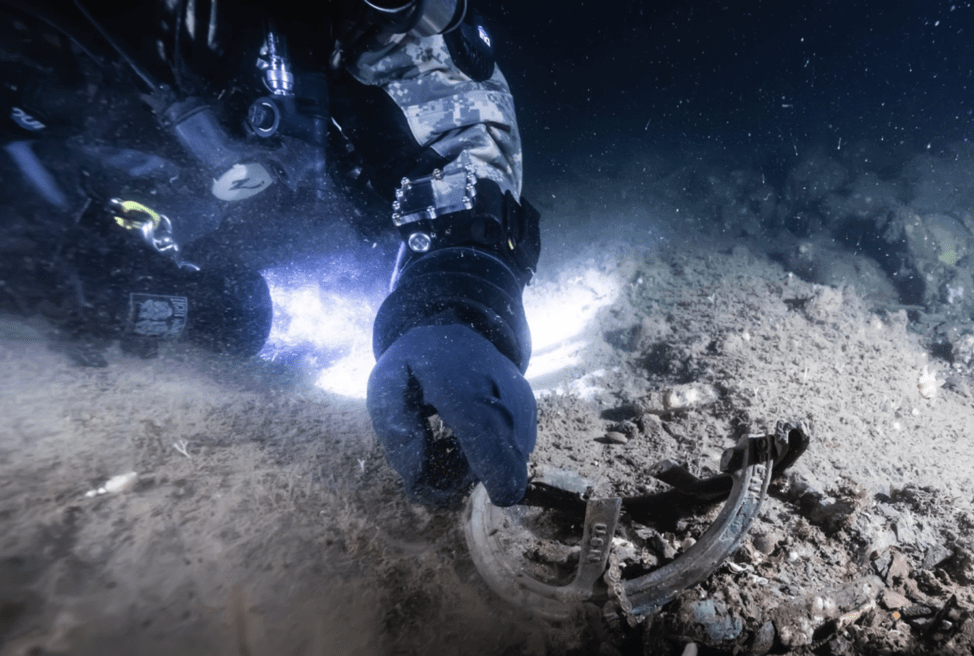 Divers confirmed the identity of the vessel. Image courtesy of Garry Kozak

Paul Lawton was notified bringing full closure to the disaster of the Eagle PE-56.

Today a memorial plaque of the loss of the PE-56 and its crew is on display at Fort Williams Park, Cape Elizabeth, Maine. 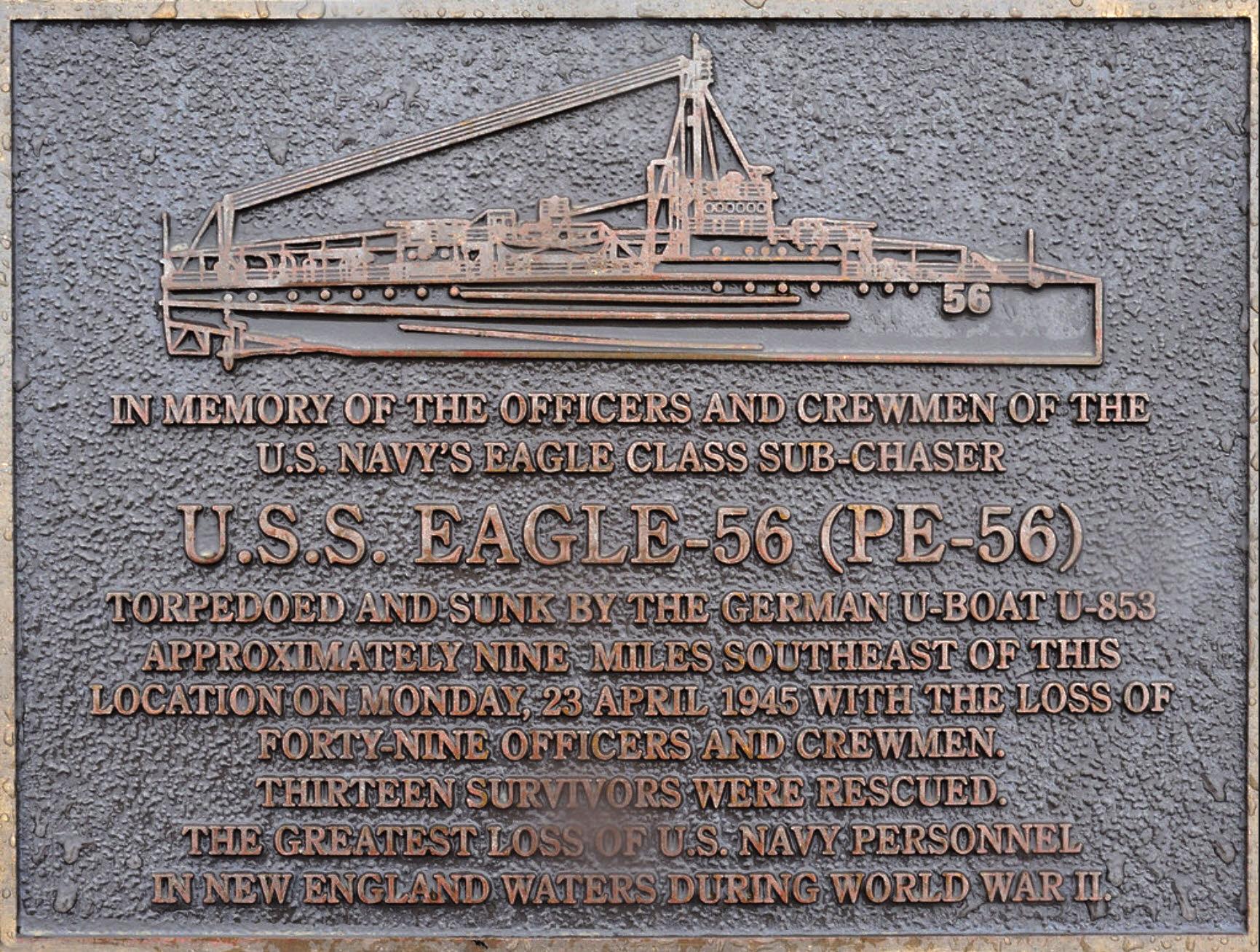 Ironically on May 6, 1945 the U853 was depth charged and sunk off Block Island RI. The Eagle site was re-surveyed July 27 2019 with an EdgeTech 600 kHz high resolution Side Scan Sonar giving clearer sonar images of the bow and stern including the 2 boilers that fell out of the broken ship before it sank. The boilers are both intact conclusively confirming it was not a boiler explosion as initially concluded by the Navies inquiry at the time of the sinking. 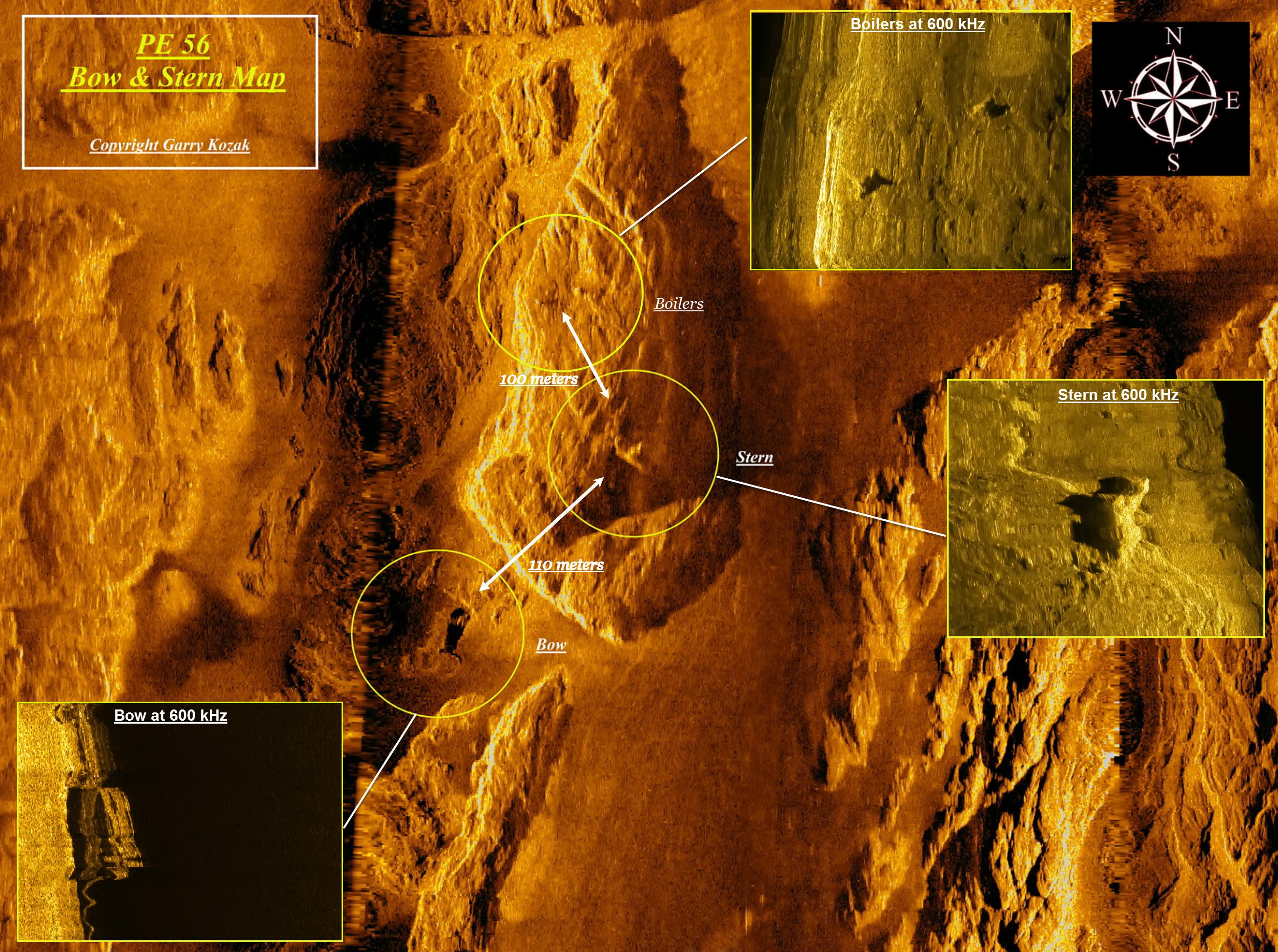 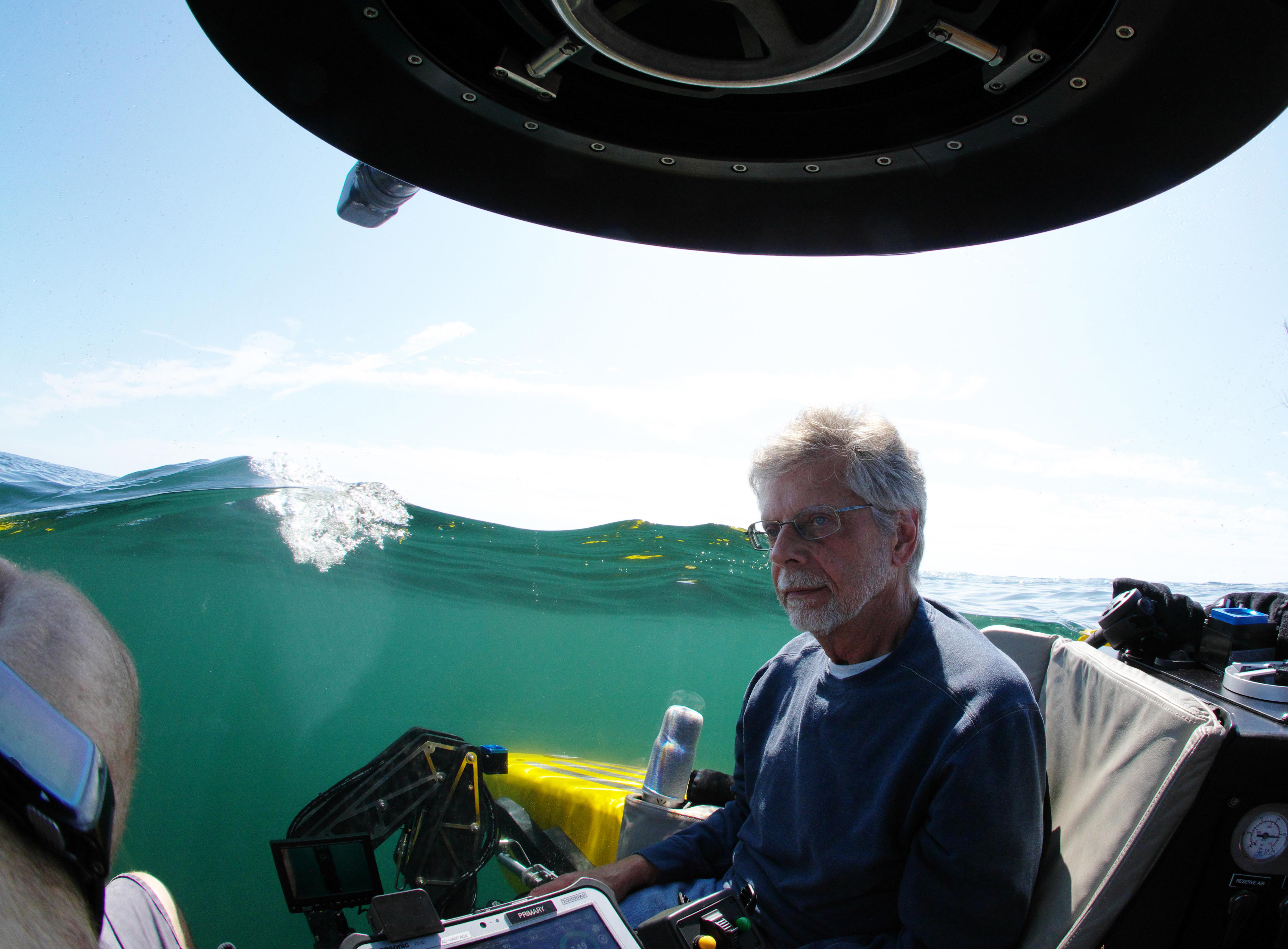 Gary Kozak aboard the small sub he used to dive at the site. Photo courtesy of Garry Kozak 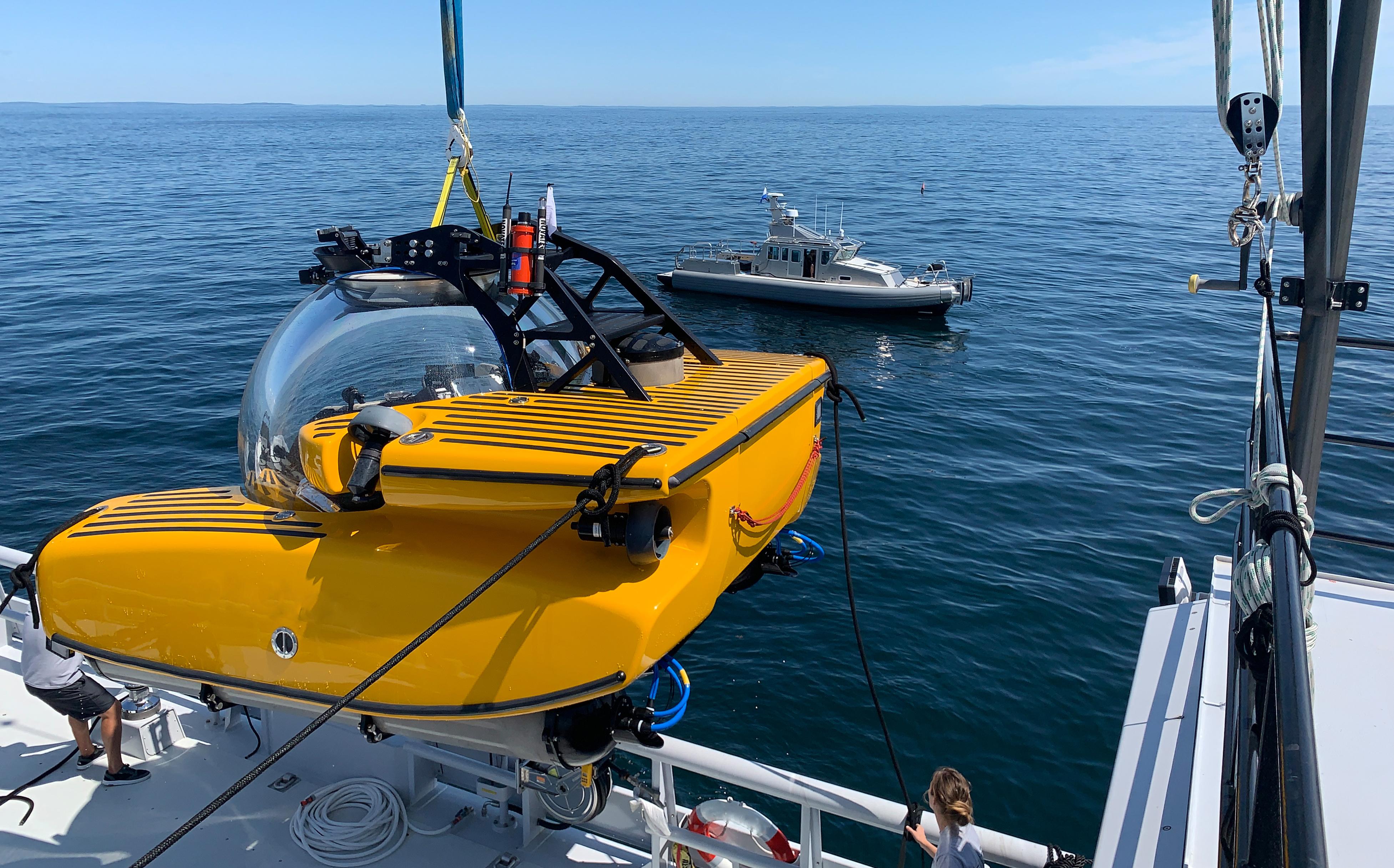 Small sub used to dive at the site. Photo courtesy of Garry Kozak