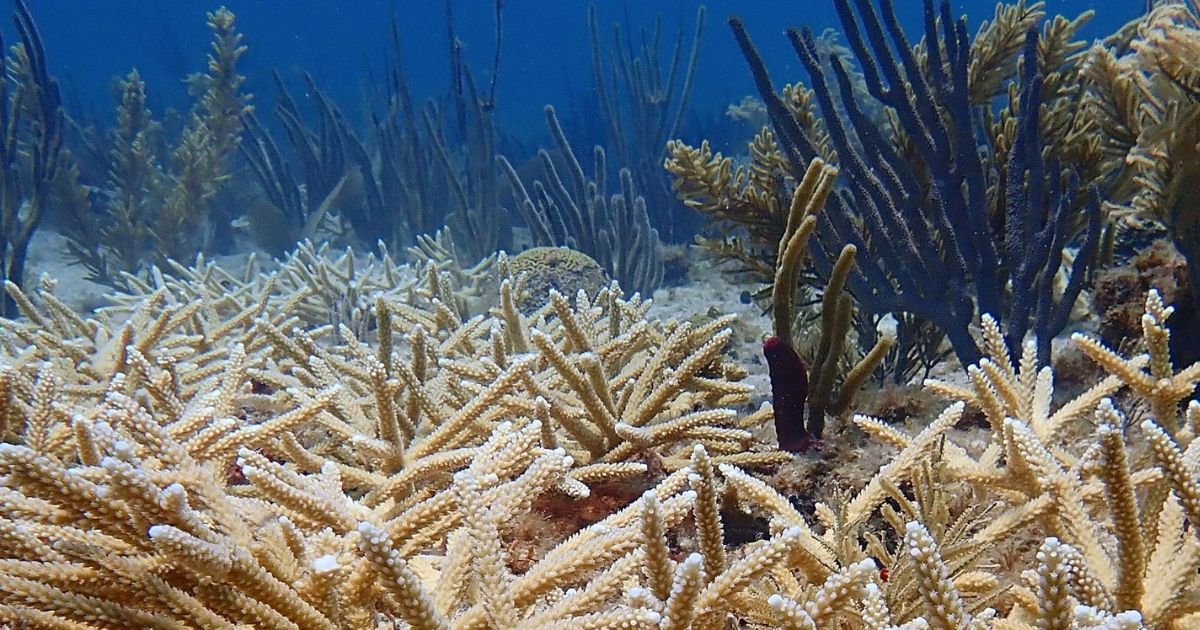 Coral reefs in both the Pacific and Atlantic oceans received a “fair” score in the first-ever condition status report for U.S. coral reefs released by NOAA and the University of Maryland Center for Environmental Science (UMCES).

While the overall scores were “fair,” the report highlights coral reefs are vulnerable and declining. This is the first time coral reefs in all U.S. states and territories have been assessed using standardized monitoring data, creating datasets that offer a baseline of coral health on a national scale.

U.S. coral reefs’ health assessed for the first time on a national scale

The U.S. Coral Reef Condition Status Report was developed by NOAA's National Coral Reef Monitoring Program and UMCES’s Intergration and Application Network using data collected between 2012 and 2018. The scores are denoted as “very good,” “good,” “fair,” “impaired,” and “critical.” The report was based on four categories when assigning a score: corals and algae abundance, reef fish populations, influence of climate on coral reefs, and human connections to reefs.

"Considering the more than $3.4 billion in annual economic benefits of coral reefs, these reports and the policy actions that they will inform are critical to our American Blue Economy,” said retired Navy Rear Adm. Tim Gallaudet, Ph.D., assistant secretary of commerce for oceans and atmosphere and deputy NOAA administrator.

Coral reefs near higher density human populations are degraded, which is likely due to local stressors including land-based sources of pollution and damaging impacts from fishing.

“To conserve and restore coral reefs, we need to understand the overall condition of these  ecosystems,” said Jennifer Koss, director of NOAA’s Coral Reef Conservation Program. “This report represents a snapshot of reef condition and is a great resource for communities and decision-makers throughout the nation. We hope the report starts a dialogue about the various factors and potential solutions to the threats affecting coral reefs.”

Greatest among the threats to coral reefs is climate change, according to the report. Warmer, more acidic seawater is negatively affecting coral reefs globally, no matter how remote they are.

“These status reports clearly show the impacts people are having on coral reef ecosystems,” said Heath Kelsey, director of UMCES’s Integration and Application Network. “Our work in the Pacific and Atlantic Oceans shows a dire outlook for coral reef ecosystem health, from warming ocean waters, fishing, disease, and pollution from the land. Of all of these, climate change is the single biggest threat to shallow water coral reefs in the U.S., and worldwide."

This groundbreaking work began more than five years ago when UMCES and NOAA partnered to produce condition status reports for the nine coral reef jurisdictions of the United States. This new status report joins reports released in 2018 for American Samoa, the Commonwealth of the Northern Mariana Islands, Guam, Hawaii and the Northwestern Hawaiian Islands, and the Pacific Remote Islands; and reports released in May 2020 for Florida, Flower Garden Banks, Puerto Rico, and the U.S. Virgin Islands. Engaging a wide variety of stakeholders (scientists, managers, decision makers) across states and territories led to a shared vision and understanding of coral reef condition throughout the nation. For all status reports and methodology documents, visit NOAA’s Coral Reef Information System.

The University of Maryland Center for Environmental Science leads the way toward better management of Maryland’s natural resources and the protection and restoration of the Chesapeake Bay. From a network of laboratories located across the state, UMCES scientists provide sound evidence and advice to help state and national leaders manage the environment, and prepare future scientists to meet the global challenges of the 21st century. For more information, click here.