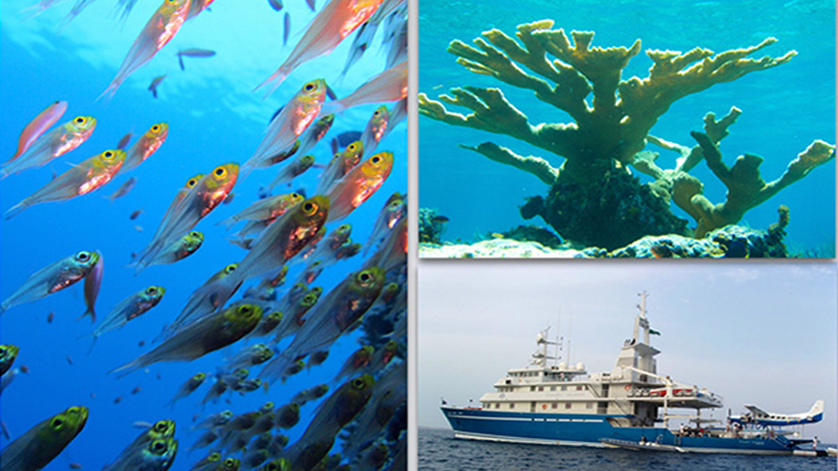 UM Rosenstiel School Professor of Marine Geosciences Sam Purkis will serve as the principal investigator for the joint project, and as KSLOF’s Interim Chief Scientist for the five-year project funded by KSLOF.

The primary goals of the Global Reef Expedition, which took place from 2011-2015, was to map and characterize global coral reef ecosystems, identify their current status and major threats, and examine factors that enhance their ability to resist, survive, and recover from major disturbance events like bleaching, cyclone damage, or crown of thorns starfish outbreaks.

During the five-year expedition, the Living Oceans Foundation circumnavigated the globe aboard its 220 ft. research vessel, M/Y Golden Shadow, to survey some of the most remote coral reefs on the planet. The reef expedition generated an unrivaled dataset spanning more than 25 reef provinces across the Atlantic, Pacific and Indian oceans. The data collected were broad— likely the most comprehensive example of “big data” yet compiled for coral reefs. They encompass 95,000 square kilometers of state-of-the-art aircraft and satellite imagery processed to seabed and bathymetric maps, surveys of faunal and genetic diversity, water chemistry and sediment samples, geophysical surveys and assessments of ocean climate.