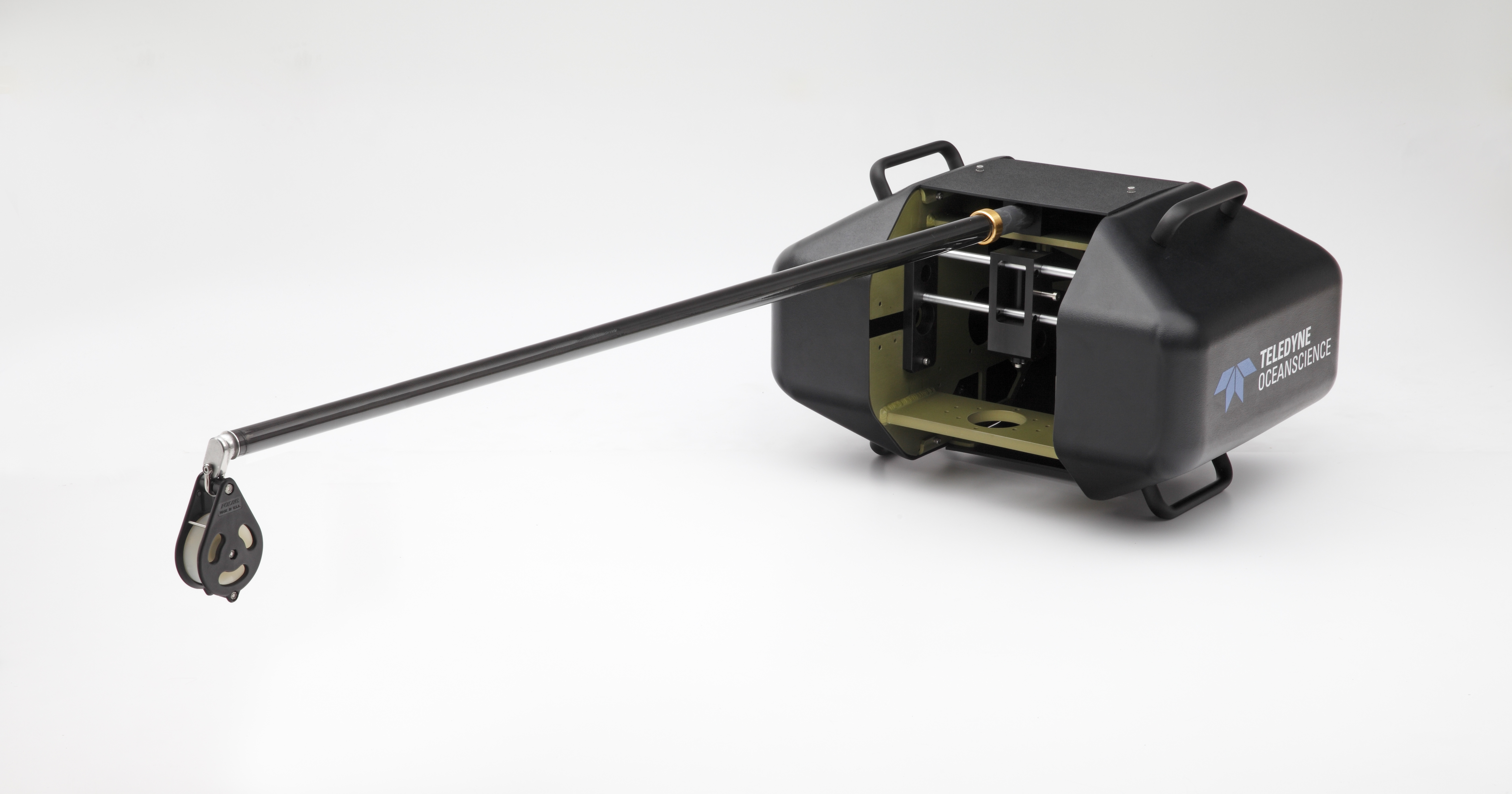 Teledyne Oceanscience has announced the launch of rapidCASTTM, a revolutionary automated sound velocity (SV) profiling system for moving vessels. With the capability to automatically cast and recover a high quality SV probe to 500 meters at 8 knots without an operator on deck, rapidCAST offers many of the benefits previously only available from large costly towed profilers while simultaneously giving surveyors the convenience and cost savings of a small and portable unit that is easy to mobilize.

Using an active line payout system with precise line tension control, the effects of vessel speed and heave are eliminated to allow the freefall SV probe to maintain extremely consistent drop behavior between casts. This innovative freefall profiling method allows the operator to precisely target the desired cast depth and be sure that the profile will be collected safely. By avoiding the need for a large conducting cable to transmit the probe depth back to the winch controller, the rapidCAST is able to offer impressive profiling depth capability with a remarkably small spool and deployment system.

The rapidCAST uses the latest Valeport Ltd rapidSV profiler with Bluetooth wireless telemetry to automatically upload each SV profile to the survey PC on the completion of each cast, without the need for the probe to be recovered onboard. As the probe nears the ship, the Bluetooth antenna is activated and the data uploaded with the probe immediately ready for the next cast.

“We introduced our first Underway SV profiler in 2009, and as a result many surveys have benefited from improved ship time utilization and better data. However, users had to make a compromise with an essentially manually-operated system,” said Adrian McDonald, sales and marketing manager at Teledyne Oceanscience. “With rapidCAST, we have stripped away the compromises to offer advanced automated profiling, while still offering the convenience, mobilization benefits, and great efficiency savings afforded by a compact system.”

After testing the rapidCAST prototype, the Canadian Hydrographic Service was the first to install a rapidCAST system on a survey vessel, the CCGS Frederick G. Creed, for surveys in the Gulf of St-Lawrence and off the east coast of Canada. A CTD profiler option is expected later in 2015.

For a video of rapidCAST in action and to learn more about this innovative new profiling system, visit www.oceanscience.com/rapidcast.html.