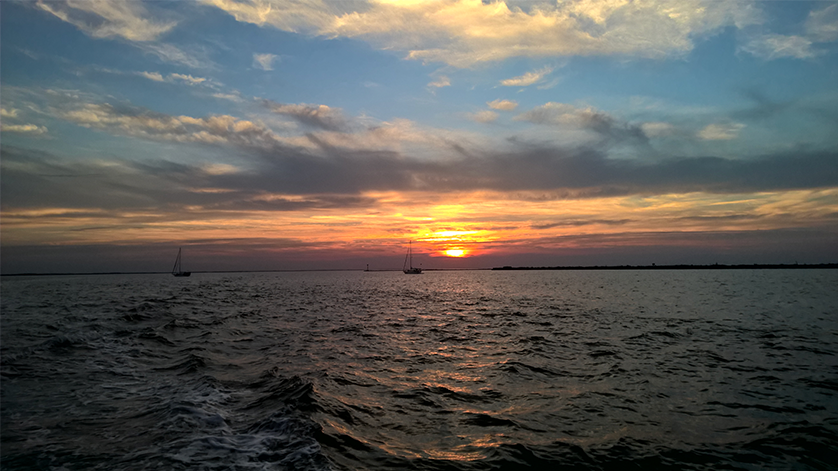 A new study of the temporary slowdown in the global average surface temperature warming trend observed between 1998 and 2013 concludes the phenomenon represented a redistribution of energy within the Earth system, with Earth’s ocean absorbing the extra heat. The phenomenon was referred to by some as the “global warming hiatus.” Global average surface temperature, measured by satellites and direct observations, is considered a key indicator of climate change.

In a study published in Earth’s Future, a journal of the American Geophysical Union, lead author Xiao-Hai Yan of the University of Delaware, Newark, along with scientists from NASA’s Jet Propulsion Laboratory, Pasadena, California, and several other institutions discuss new understanding of the phenomenon. The paper grew out of a special U.S. Climate Variability and Predictability Program (CLIVAR) panel session at the 2015 American Geophysical Union Fall Meeting.

“The hiatus period gives scientists an opportunity to understand uncertainties in how climate systems are measured, as well as to fill in the gap in what scientists know,” Yan said.

“NASA’s examination of ocean observations has provided its own unique contribution to our knowledge of decadal climate trends and global warming,” said Veronica Nieves, a researcher at JPL and the University of California, Los Angeles and co-author of the new study. “Scientists have more confidence now that Earth’s ocean has continued to warm continuously through time. But the rate of global surface warming can fluctuate due to natural variations in the climate system over periods of a decade or so.”

While Yan said it’s difficult to reach complete consensus on such a complex topic, a thorough review of the literature and much discussion and debate revealed a number of key points on which these leading scientists concur:

“To better monitor Earth’s energy budget and its consequences, the ocean is most important to consider because the amount of heat it can store is extremely large when compared to the land or atmospheric capacity,” said Yan.

According to the paper, “arguably, ocean heat content—from the surface to the seafloor—might be a more appropriate measure of how much our planet is warming.”

In the near term, the researchers hope this paper will lay the foundation for future research in the global change field. To begin, they suggest the climate community replace the term “global warming hiatus” with “global surface warming slowdown” to eliminate confusion.

The scientists also called for continued support of current and future technologies for ocean monitoring to reduce observation errors in sea surface temperature and ocean heat content. This includes maintaining Argo, the main system for monitoring ocean heat content, and the development of Deep Argo to monitor the lower half of the ocean; the use of ship-based subsurface ocean temperature monitoring programs; advancements in robotic technologies such as autonomous underwater vehicles to monitor waters adjacent to land (like islands or coastal regions); and further development of real- or near-real-time deep ocean remote sensing methods.

“Although these regions represent only a fraction of the ocean volume, the changing rate of ocean heat content is faster here, and real-time data and more research are needed to quantify and understand what is happening,” Yan said.

Variability and heat sequestration over specific regions (e.g., Pacific, Atlantic, Indian, Southern Oceans, etc.) require further investigation, the authors conclude. However, there is broad agreement among the scientists and in the literature that the slowdown in the global mean surface temperature increase from 1998 to 2013 was due to increased uptake of heat energy by the global ocean.

The American Geophysical Union is dedicated to advancing the Earth and space sciences for the benefit of humanity through its scholarly publications, conferences, and outreach programs. AGU is a not-for-profit, professional, scientific organization representing more than 60,000 members in 139 countries.