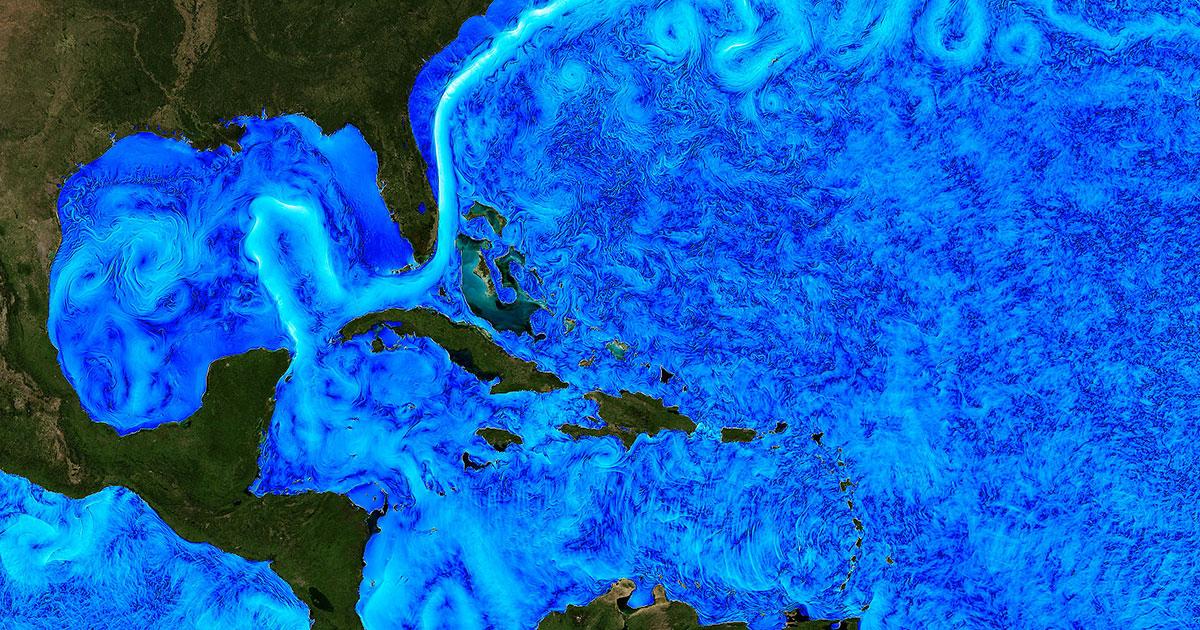 Oceanographic equipment developed by underwater technology company Sonardyne International Ltd. will be used as part of a major US$2 million scientific study of disruptive ocean currents in the US Gulf of Mexico.

The LCS is the dominant ocean circulation feature in the Gulf of Mexico. It influences all ocean processes in the Gulf and has implications for a wide range of human and natural activities, from oil exploration to coastal eco-systems, but, knowledge of its underlying dynamics is limited. URI’s initial study aims to improve the understanding and prediction of the LCS by deploying a seabed network of PIES plus near-bottom current meters to monitor the central Gulf’s deep waters.

PIES work by transmitting an acoustic pulse from an instrument on the seabed upwards. The pulse is reflected off the water-air boundary at the sea surface and returns back down to the seabed where it is detected by the PIES. This enables an exact measurement of the two way signal travel time to be calculated. At the same instant, an accurate measurement of depth is made using highly precise internal pressure sensors. Combining data from an array of PIES instruments and near bottom current meters with historic water profile data can be used to calculate currents throughout the full water column.

A total of 25 of Sonardyne’s and URI’s own PIES and current meters will be deployed this summer, in waters down to 3,500 meters depth, with an initial data retrieval using acoustic through-water communications to a surface vessel planned for autumn 2019. Instrument recovery is scheduled for autumn 2020. The results of this study will be used to inform how best to deploy a larger array for a planned 10-year-long research campaign.

URI’s LCS study is being funded by the US National Academies of Sciences, Engineering and Medicine’s Gulf Research Program, which was founded in 2013, as part of the legal settlements with companies involved in the 2010 Deepwater Horizon oil spill. The long-term objective is to improve forecasts of the LCS in order to increase the safety of operations in the Gulf.

URI GSO Program Director, Professor Kathleen Donohue, says, “Sonardyne’s PIES is a highly capable instrument, with fast seafloor to surface data telemetering capabilities, which will complement URI’s instruments and scientific expertise and will play a key role in this deployment. Sonardyne’s technical expertise in underwater acoustics, signal processing, hardware design and custom engineering are key components of the special instrumentation being deployed in this project, with a particular challenge being the retrieval of data from the seabed in near real-time.”

Geraint West, Business Development Manager – Oceanographic, at Sonardyne, says “The selection of our PIES by the University of Rhode Island for use in this important project underlines the capability of our instrumentation to gather critical ocean observation data over long periods of time in a demanding environment. We are pleased to be working with URI on this project, which will enable more accurate predictions of the Loop Current, resulting in improved modelling to underpin safer and more efficient operations in the Gulf of Mexico.”