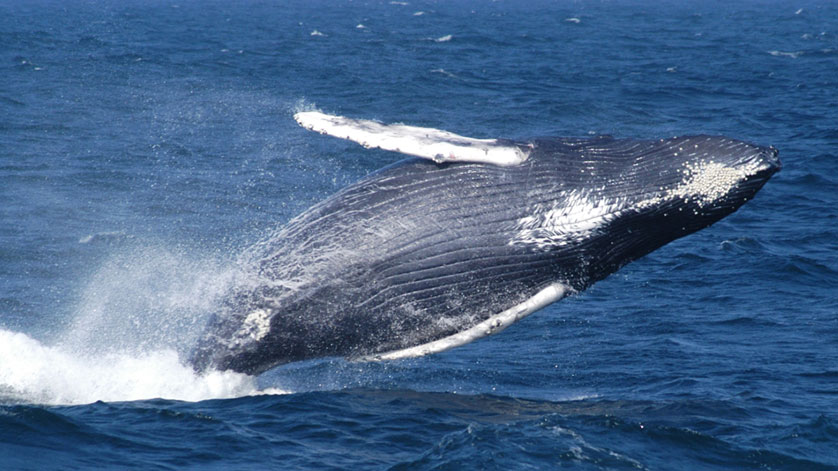 A new “sister sanctuary” agreement signed this spring between NOAA and the government of The Netherlands adds to a network of marine protected areas stretching from New England to the Caribbean Sea, and now provides refuge for North Atlantic humpback whales at both ends of their 3,000-mile annual migration.

The agreement between NOAA’s Stellwagen Bank National Marine Sanctuary, off the coast of Massachusetts, and the Yarari Marine Mammal and Shark Sanctuary of the Caribbean Netherlands in the Dutch Lesser Antilles, provides for joint whale research, monitoring, education and conservation.

From April through December, humpback whales feed in Stellwagen Bank, and migrate to lower latitudes in the Caribbean Sea during the winter to mate and calve. Yarari sanctuary is a breeding and calving ground for the humpback whale population of around 1,000 whales, which are shared by both nations.

“This agreement has the potential to improve our scientific knowledge and enhance our management capabilities of these two special places.” said John Armor, director of NOAA’s Office of National Marine Sanctuaries.

“The sister sanctuary network, with the Yarari sanctuary as its newest member, uniquely links both eastern and western Atlantic humpback whale populations in the Caribbean, along with conservation efforts in Europe, the Caribbean and the United States,” said Paul Hoetjes, policy coordinator for Caribbean Netherlands Ministry of Economic Affairs.

The sister sanctuary concept is part of a plan for marine mammal protected areas worldwide and is partially supported by the United Nations Environment Programme.

“Cooperation is central to our goals of and to the implementation of the regional Marine Mammal Action Plan for the Caribbean,” said Monica Borobia-Hill, UNEP program officer. “We welcome this agreement. It will open new opportunities for collaboration in activities of mutual interest on humpback whales and other marine mammals, as appropriate, as well as their respective habitats.”

Ensco and Atwood Oceanics Enters into Me