Simulation Model May Reduce the Climate Footprint of Oil Production 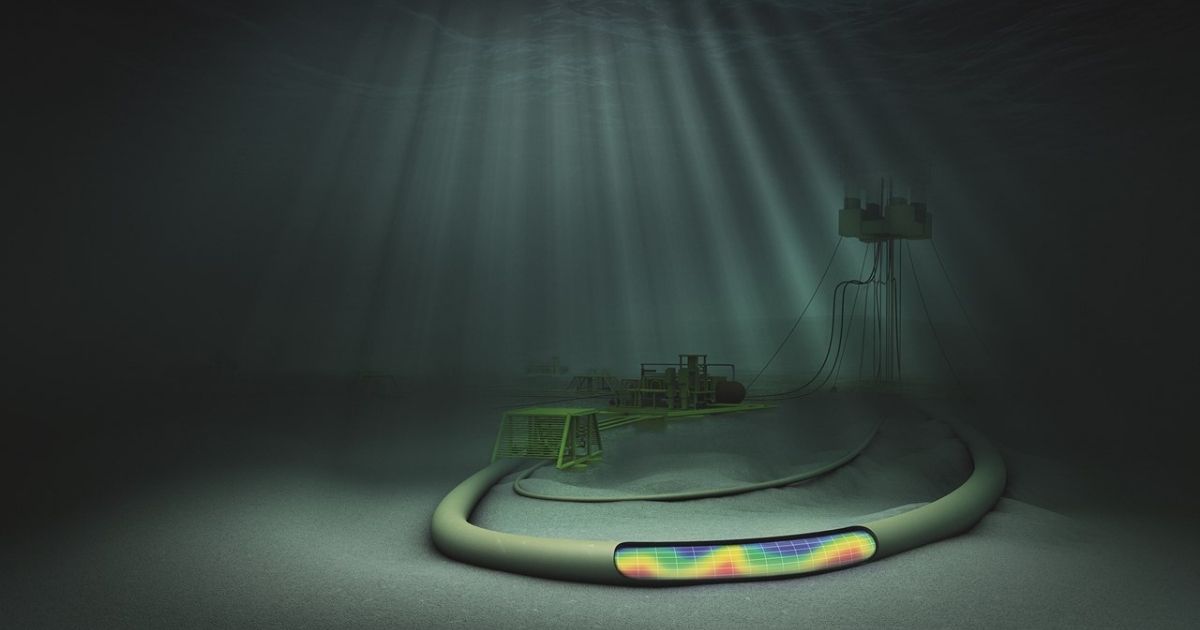 Future offshore oil and gas fields are most likely to be “satellite developments” that are less expensive and emit less greenhouse gases than other fields because they do not require new production platforms.

An innovative Norwegian computational tool called "Slug Capturing 2" is now enabling the design of longer pipelines that will allow many more fields to be developed as satellites.

Out of sight from land and from the air, the Norwegian shelf is covered by a spider’s web of pipelines through which production fluids flow from the wells tapping the reservoirs. This system carrying oil, water and gas in the same pipeline is called multiphase transport. Research scientists in Norway have now developed a simulation model designed to meet one of the biggest challenges created by this form of pipeline transport – the formation of slugs. These limit the distance at which a satellite field can be developed from its host facility and require that major safety margins are built into the design of multiphase facilities.

Multiphase technology came into being at SINTEF and the Norwegian Institute for Energy Research (IFE) almost 40 years ago. This technology makes it possible to transport unprocessed oil and gas straight from a field’s production wells to platforms located on neighboring fields or directly to land.

Multiphase transport is the key factor that has enabled fully integrated production facilities to be installed on the seabed. It allows oil and gas to be recovered offshore without the high levels of energy consumption and greenhouse gas emissions that the construction of new production platforms entails.

For each ton of steel that is saved in construction, CO2 emissions are reduced by a little less than two tons.

One of the major challenges faced by the multiphase technology pioneers at SINTEF and IFE was to address the problem of slugging – the formation of long plugs of liquid, separated by large gas bubbles in the pipelines.

Slugging causes massive fluctuations in flow rates and results in vibrations along the pipelines. It can reduce pipeline lifetime and if the plugs are long enough, they can flood the separators in the reception facility.

The computational tools developed by the pioneers provided adequate control of the slugging phenomenon and made multiphase transport possible for many offshore fields. However, the longer the pipeline, the greater the slugging problem.

This is one of the reasons that a new simulation tool recently developed by SINTEF and the Norwegian company LedaFlow Technologies is good news.

All thanks to this tool we will probably soon be able to increase the maximum multiphase transport distance enabling more satellite developments.

The new tool will thus enable reductions in emissions from oil and gas production and is of major significance in the transition to a net zero-emissions society.

In terms of the future of our offshore industry, Rystad Energy predicts that as much as 75 percent of the oil and gas from new Norwegian field developments will be recovered using so-called “tiebacks”. Tiebacks enable production from “platform-free” satellite fields, from which the well stream is transported via multiphase pipelines to existing host facilities with free capacity.

The results of the pioneering work carried out by SINTEF and IFE in the 1980s remain the foundation of the computational models that are used to design and operate multiphase installations on the seabed.

We have now succeeded in advancing a model which is much used worldwide; the multiphase simulator called LedaFlow. The development of this simulator started just after the turn of the new millennium as part of a joint effort between SINTEF and the oil companies TOTAL and ConocoPhillips.

Kongsberg Digital is responsible for industrialization of the technology on behalf of the spin-off company LedaFlow Technologies.

The recently developed slugging simulation tool predicts both the frequency and length of the liquid plugs that form in the pipelines. The tool is so accurate that it should be possible to increase the multiphase pipeline transport distances – both horizontally along the seabed and vertically upwards from the seabed to host platform decks.

The new computational models from SINTEF and LedaFlow Technologies are created as a module incorporated into the LedaFlow package.

The work has been carried out with funding from the Research Council of Norway and the two afore mentioned oil companies as part of an innovation project called “Accurate”.

The tool has been specifically designed to help estimate the mechanical stresses acting on the risers that extend from the seabed up to the platforms. It will also enable design optimization that can ensure pipeline integrity and prevent leakage without costly overdesigning.

This is particularly important in the case of deep-water production, such as in the Gulf of Mexico where transport using long risers can create major problems. Deep-water risers are particularly vulnerable to mechanical failure caused by material fatigue resulting from slugging. Designers of such systems thus need reliable tools to enable them to predict the lifetimes of riser components.

New knowledge obtained about slugging also creates opportunities for more optimal design of reception facilities installed on host platforms. This is important because oversizing is energy demanding and thus expensive. If a facility is undersized, the operator may have to reduce production or resort to energy demanding countermeasures.

“Slug Capturing 2” is the name given to the new computational module. It will be relevant to offshore field developments both in Norway and in other countries. It will be released into the commercial market in early 2021.

The innovation is based on advanced laboratory experiments carried out at SINTEF in the world’s largest multiphase laboratory, which is installed with experimental equipment that can facilitate everything from bench to industrial scale tests.

The laboratory represents a research infrastructure that will continue to be of great importance in the work of reducing the carbon footprint from offshore oil and gas production.