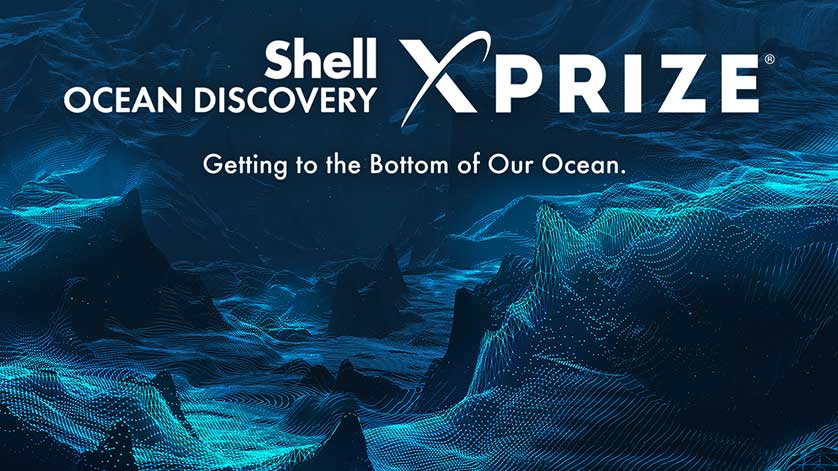 From a 25-country field, a panel of independent expert judges chose the semi-finalist teams who will move forward into the first round of testing. Semi-finalist team leads hail from Canada, China, France, Germany, Ghana, India, Japan, New Zealand, Portugal, South Africa, Switzerland, the United Kingdom and the United States. Launched in 2015, the Ocean Discovery XPRIZE features groups including university teams of undergraduate and graduate students, non-profits, startups and professional scientists and engineers.

“These semifinalist teams are on the cutting-edge, pushing the boundaries in developing deep-sea underwater technologies that will work in the lightless, cold depths to fully map one of our world’s final frontiers like never before,“ said Jyotika Virmani, Ph.D., prize lead and senior director with XPRIZE’s Energy and Environment Group, who today announced the semifinalists from the Catch the Next Wave conference in San Diego. “Through the Ocean Discovery XPRIZE, we have an unprecedented opportunity to create next generation tools, technologies and techniques that will illuminate deep-sea wonders and unlock a new era of ocean exploration. We look forward to seeing the teams’ innovative approaches come to life over the next 10 months.”

During Round 1, teams will deploy their entries to operate at a depth of 2,000 meters, aiming to map at least 20 percent of the 500 km2competition area at five meters resolution, identifying and imaging at least five archeological, biological or geological features at any depth, all within 16 hours. In other words, the competition technologies will aim to reach depths deeper than the Grand Canyon and map an area that is nearly five times the area of Paris.

The 21 teams advancing are:

More details of the competing teams are posted on the XPRIZE site.

Up to 10 finalist teams will be selected to proceed past Round 1 and will split a $1M milestone prize purse. In Round 2, they will need to operate their entries at a depth of 4,000 meters, aim to map at least 50 percent of the 500 km2 competition area at five meters resolution, identifying and imaging at least ten archeological, biological or geological features at any depth, all within 24 hours. At the end of the competition, a $4M Grand Prize and $1M Second Place Prize will be awarded to the teams that receive the top scores for demonstrating the highest resolution seafloor mapping, after meeting all minimum requirements for speed, autonomy and depth.

As part of the total $7M prize purse, 12 teams will also be competing for the National Oceanic and Atmospheric Administration (NOAA) $1M bonus prize and will need to demonstrate that their technology can “sniff out” a specified object in the ocean by tracing a biological and chemical signal to its source.

The Shell Ocean Discovery XPRIZE is pleased to announce a partnership with Fugro, an industry leader in ocean mapping, search and survey. As the world’s foremost independent provider of geo-intelligence and asset integrity solutions, Fugro will utilize an autonomous underwater vehicle equipped with high-resolution multibeam echosounder technology to acquire the competition’s baseline bathymetry data that are needed in judging team mapping results. The competition is also partnering with Esri, the global leader in geographic information system (GIS) software and geodatabase management, who will donate its award-winning ArcGIS Online platform for the teams to use, enabling the Ocean Discovery XPRIZE competitors to submit their maps via Esri ArcGIS Online to ensure all participants are judged from a consistent technology platform.