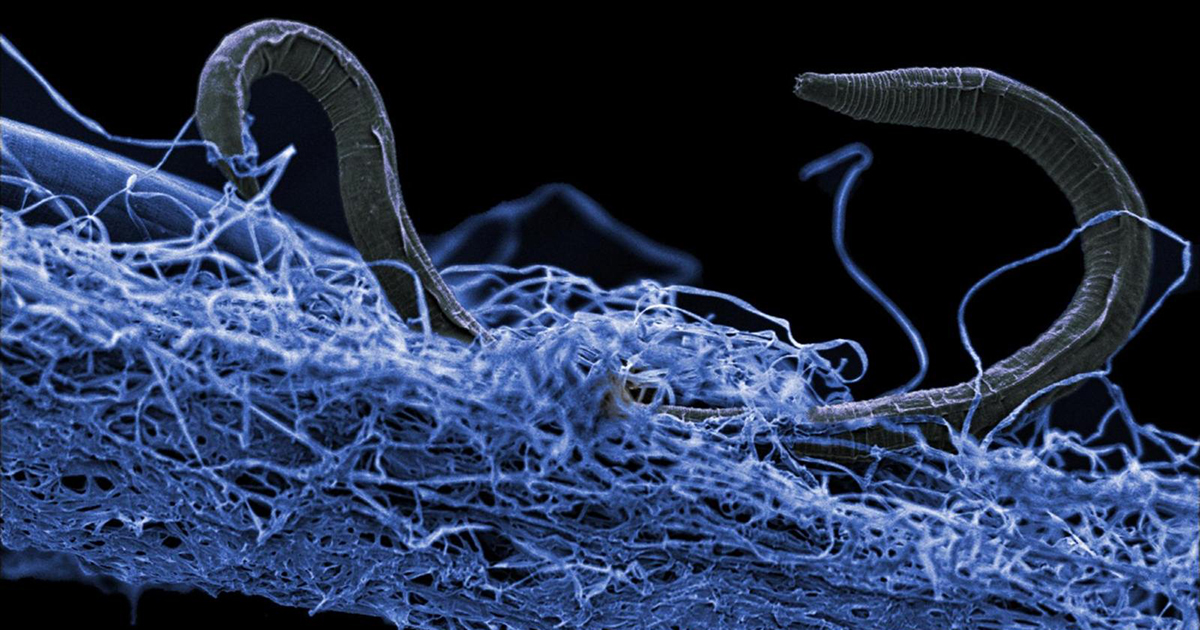 Scientists with the Deep Carbon Observatory have reported several transformational discoveries, including how much and what kinds of life exist in the deep subsurface under the greatest extremes of pressure, temperature, and low energy and nutrient availability.

Drilling 2.5 kilometers into the seafloor, and sampling microbes from continental mines and boreholes more than 5 km deep, the team has used the results to construct models of the ecosystem deep within the planet. 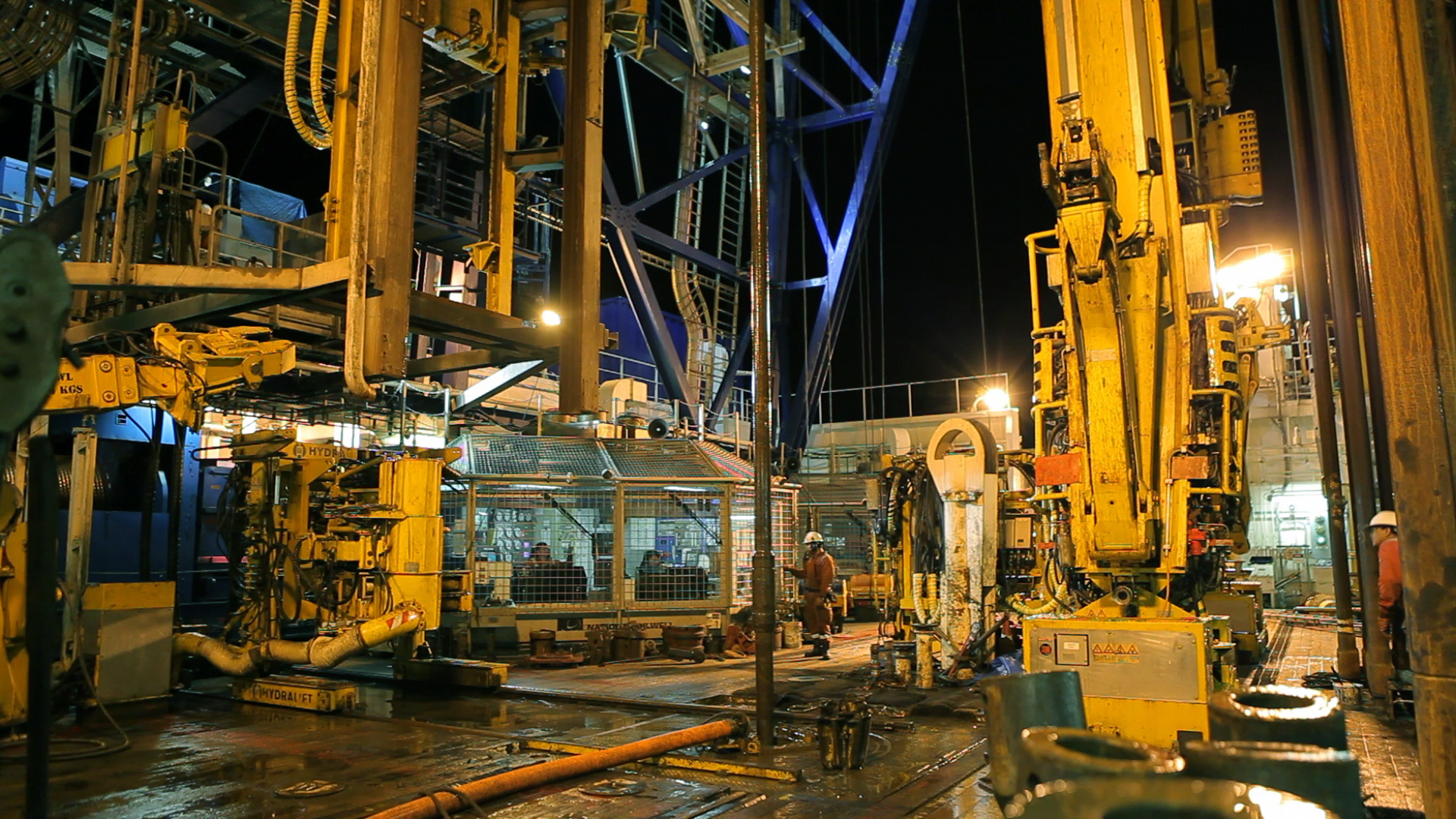 The D/V Chikyu is one of the most advanced scientific drilling ships available today. Coring operations take place 24 hours a day. Image courtesy of Luc Riolon/JAMSTEC.

Barely living “zombie” bacteria and other forms of life constitute an immense amount of carbon deep within Earth’s subsurface—245 to 385 times greater than the carbon mass of all humans on the surface, according to scientists nearing the end of a 10-year international collaboration to reveal Earth’s innermost secrets. With insights from now hundreds of sites under the continents and seas, they have approximated the size of the deep biosphere—2 to 2.3 billion cubic km (almost twice the volume of all oceans)—as well as the carbon mass of deep life: 15 to 23 billion tonnes (an average of at least 7.5 tonnes of carbon per cu km subsurface). The work also helps determine types of extraterrestrial environments that could support life. 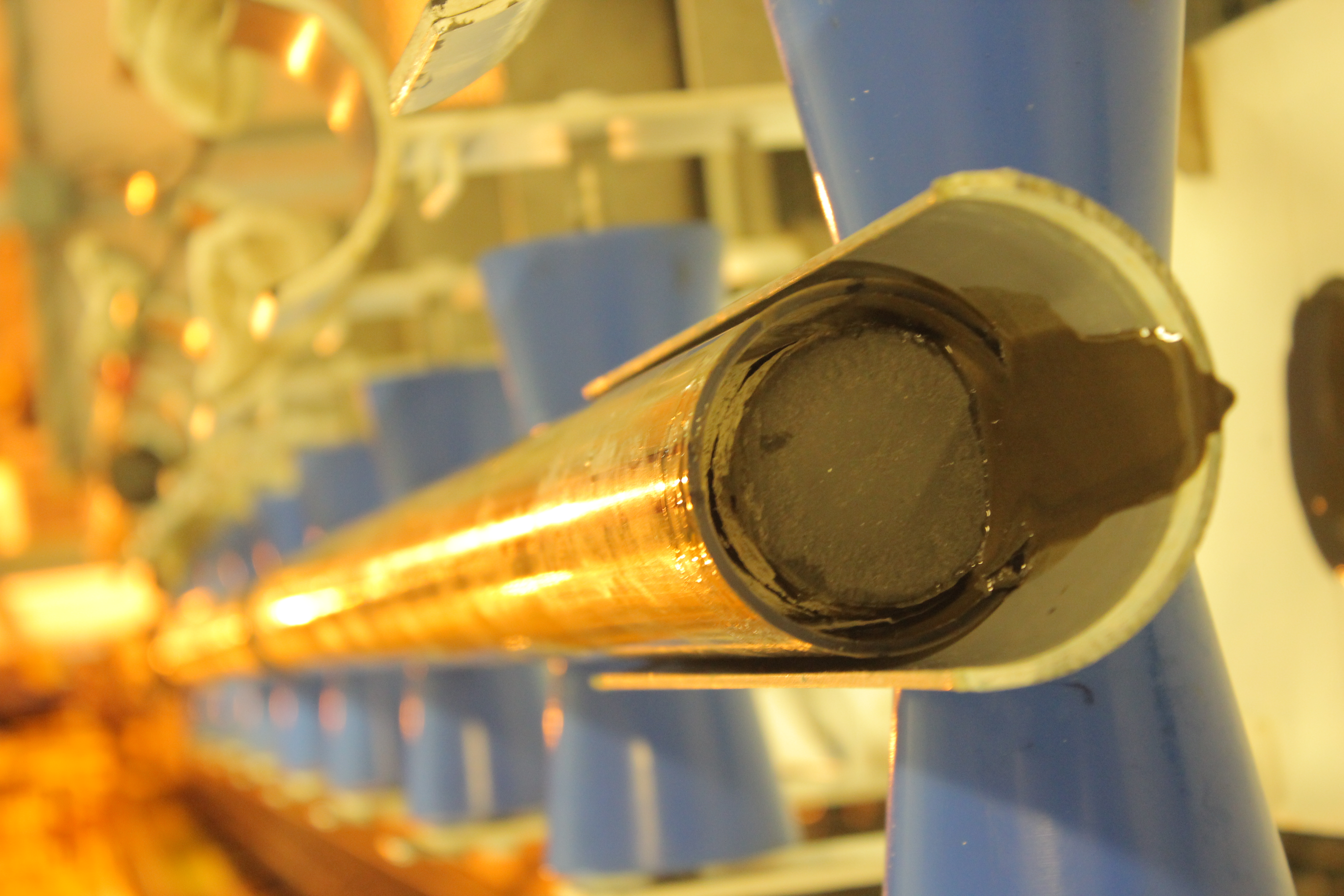 Scientists look for signs of life in cores like this one. The cores on International Ocean Discovery Program's (IODP) Expedition 337 were taken to depths down to 2.5 km below the seafloor, where temperature increases from 30°C to 60°C, spanning the predicted temperature limit for life on Earth. Image courtesy of Luc Riolon/JAMSTEC.

Among many key discoveries and insights: 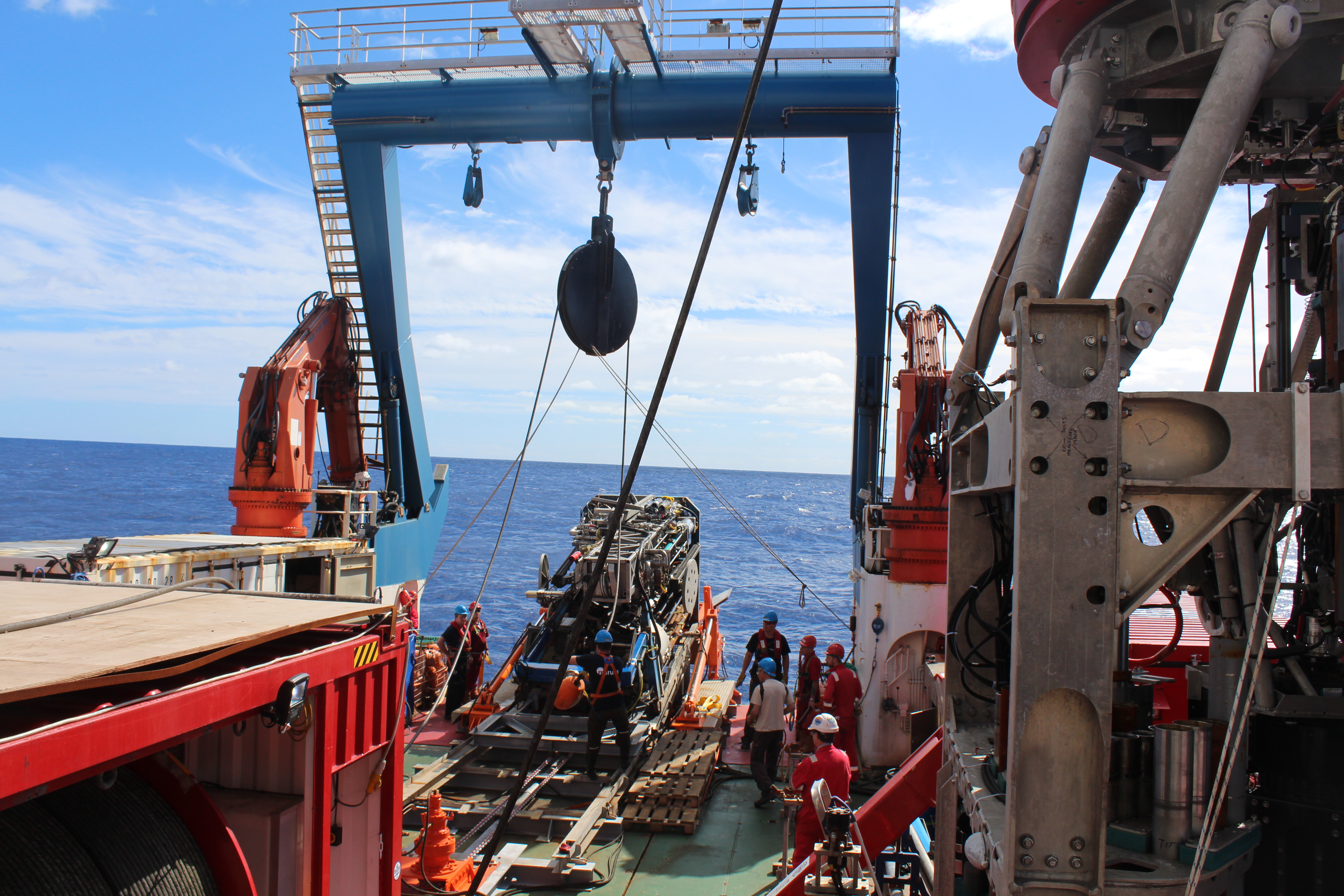 Ever-increasing accuracy and the declining cost of DNA sequencing, coupled with breakthroughs in deep ocean drilling technologies (pioneered on the Japanese scientific vessel Chikyu, designed to ultimately drill far beneath the seabed in some of the planet’s most seismically-active regions) made it possible for researchers to take their first detailed look at the composition of the deep biosphere.

There are comparable efforts to drill ever deeper beneath continental environments, using sampling devices that maintain pressure to preserve microbial life (none thought to pose any threat or benefit to human health). 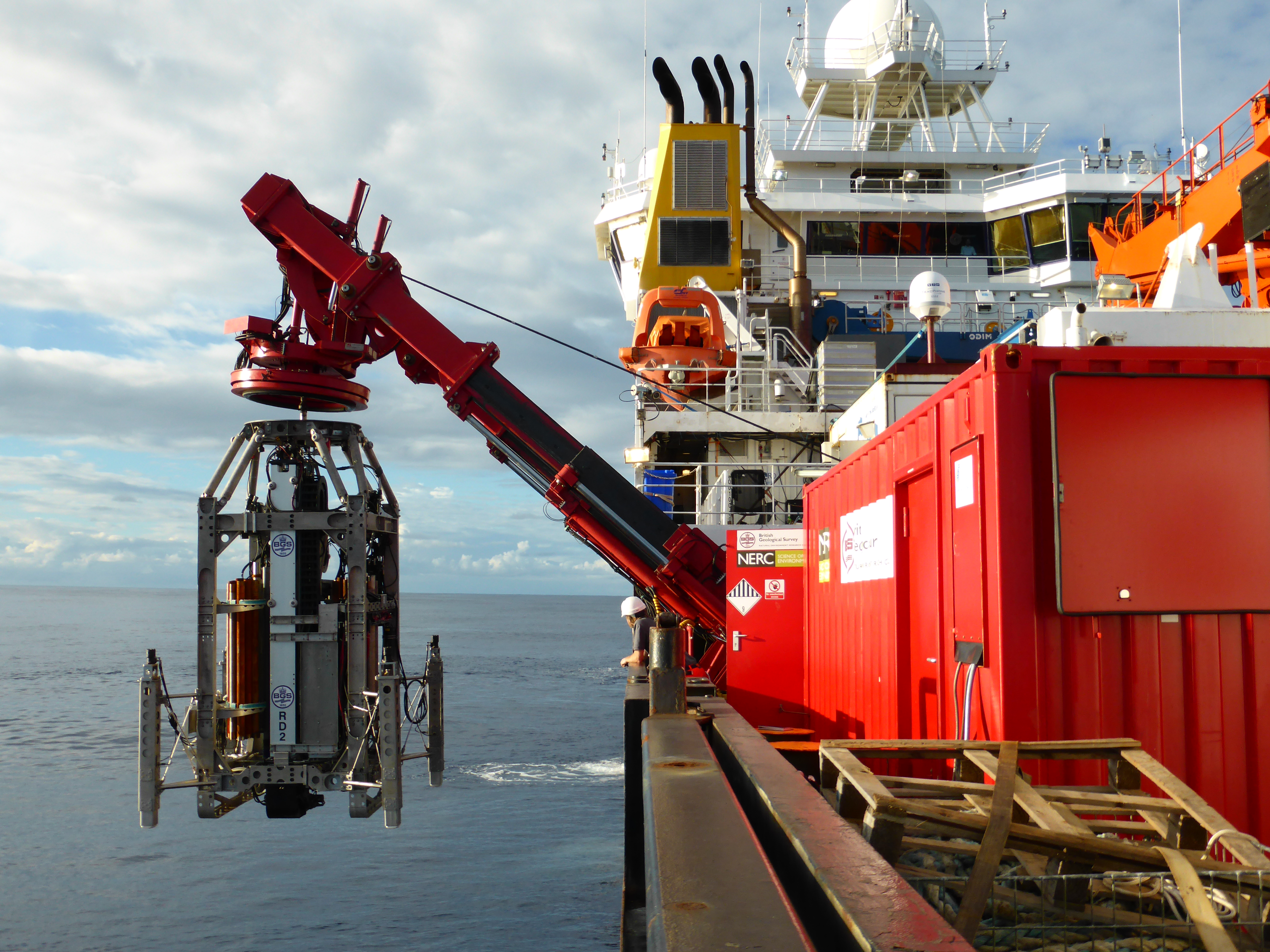 To estimate the total mass of Earth’s subcontinental deep life, for example, the team compiled data on cell concentration and microbial diversity from locations around the globe. Led by Cara Magnabosco of the Flatiron Institute Center for Computational Biology, New York, the scientists factored in a suite of considerations, including global heat flow, surface temperature, depth and lithology—the physical characteristics of rocks in each location—to estimate that the continental subsurface hosts 2 to 6 × 1029 cells. Combined with estimates of subsurface life under the oceans, total global Deep Earth biomass is approximately 15 to 23 petagrams (15 to 23 billion tonnes) of carbon.

Says Mitch Sogin of the Marine Biological Laboratory Woods Hole, USA, co-chair of DCO’s Deep Life community of more than 300 researchers in 34 countries: “Exploring the deep subsurface is akin to exploring the Amazon rainforest. There is life everywhere, and everywhere there’s an awe-inspiring abundance of unexpected and unusual organisms. 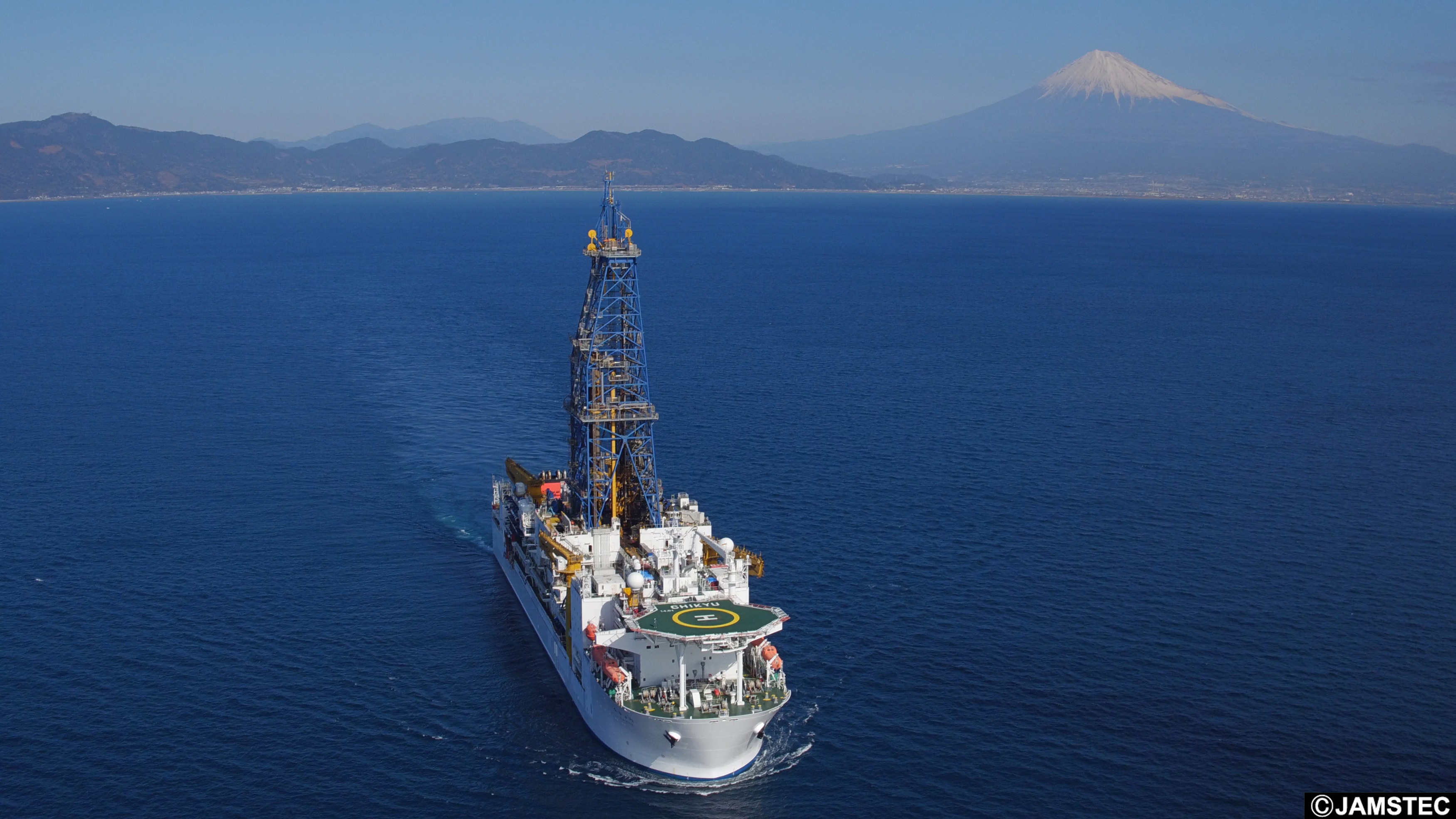 “Molecular studies raise the likelihood that microbial dark matter is much more diverse than what we currently know it to be, and the deepest branching lineages challenge the three-domain concept introduced by Carl Woese in 1977. Perhaps we are approaching a nexus where the earliest possible branching patterns might be accessible through deep life investigation.”

“Ten years ago, we knew far less about the physiologies of the bacteria and microbes that dominate the subsurface biosphere,” says Karen Lloyd, University of Tennessee at Knoxville, USA. “Today, we know that, in many places, they invest most of their energy to simply maintaining their existence and little into growth, which is a fascinating way to live.

“Today too, we know that subsurface life is common. Ten years ago, we had sampled only a few sites—the kinds of places we'd expect to find life. Now, thanks to ultra-deep sampling, we know we can find them pretty much everywhere, albeit the sampling has obviously reached only an infinitesimally tiny part of the deep biosphere.”