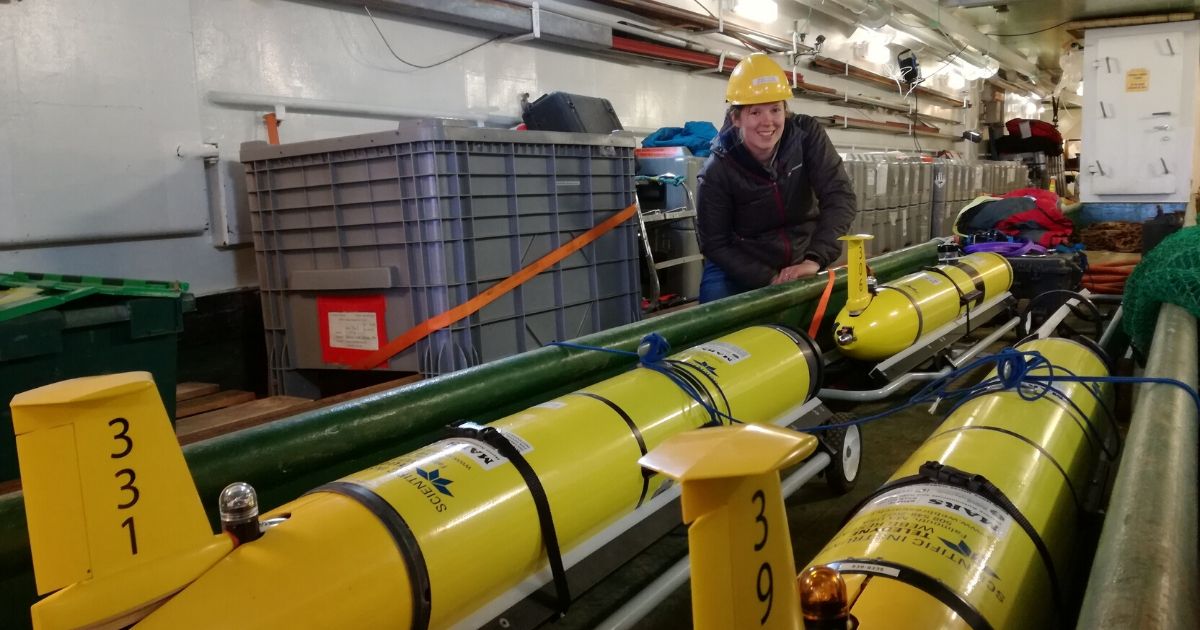 Dr. Marie Porter of SAMS with Slocum gliders, one of which helped her uncover a hidden Arctic eddy. Photo: Dr Emily Venables/SAMS

Scientists working with marine robots have measured previously hidden patches of water between the Arctic and Atlantic oceans that could dramatically alter our understanding of how the ocean’s food web forms.

Created in the northern part of the Barents Sea, as cooler and fresher water from the Arctic moves south and becomes trapped within the warmer and saltier water from the Atlantic, these eddies – circular movements of water that have broken off from an ocean current – measure roughly 30 kilometers across.

Despite their size, the eddies are invisible to satellites and had gone unnoticed until oceanographers from the Scottish Association for Marine Science (SAMS), in Oban, picked up some unusual readings during a trial mission of an underwater glider.

The autonomous glider moves across the ocean to depths of 200 metres collecting data, including heat and salinity, every kilometer. This allowed the SAMS team to measure one of these eddies in detail.

While this particular eddy’s surface temperature was similar to the surrounding water, masking it from satellites, its lower salt content made it stand out in the glider readings. 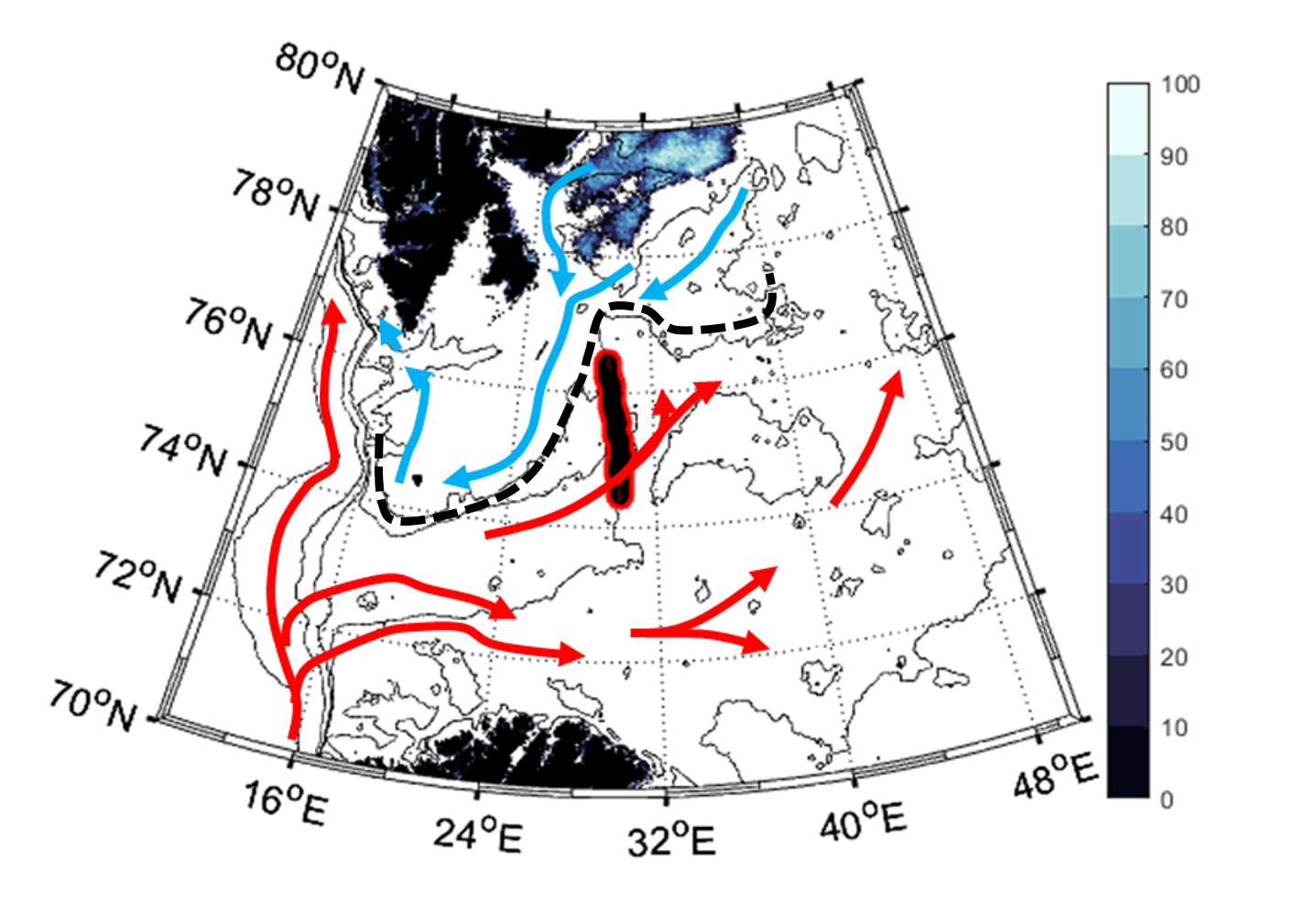 A chart of the glider’s two-week mission, showing the land masses of northern Norway and Svalbard, the pathways of Atlantic Water (red) and Arctic Water (blue), the location of the Polar Front where the Arctic and Atlantic waters meet (dashed black line), the glider path (red and black line) and the sea ice concentration during the glider mission (blue shading).

Dr. Marie Porter, a SAMS oceanographer and lead author on a report about the discovery, published in Geophysical Research Letters, said her findings had implications for understanding the distribution of nutrients that fuel the entire Arctic ecosystem.

She said: “We get a pretty good idea about what’s happening on the very surface of our ocean through satellites but eddies like this one have been hidden from view because they have warmed at the surface since leaving the Arctic.

“This temperature masking means we have previously underestimated how much water moves within these patches in the Arctic Seas. It begs the question: how many more of these hidden eddies are occurring in the ocean today?”

The water column of the Barents Sea has a seemingly simple structure where water from the Atlantic dominates in the south but in the North it is overlain by fresher, less dense water from the Arctic. This Arctic water is largely devoid of the nutrients required to fuel the growth of phytoplankton, which is key to maintaining life in the ocean. In contrast the Atlantic Water is one of the key pathways of nutrient rich water into the Arctic.

Dr. Porter added: “How these eddies affect this exchange is something we need to investigate if we are to truly understand the ocean ecosystem there.”

Arctic oceanographer Prof Finlo Cottier of SAMS, a co-author on the paper, said: “SAMS has been working with ocean gliders for over a decade and we know that they are the ideal tool for measuring the detailed properties of the ocean. This work gives us precise measurements of important structures in the Arctic that we couldn’t previously obtain.”

The discovery was made during a two-week trial of the glider ‘Zephyr’ in July 2017, ahead of a longer mission as part of the Arctic PRIZE project, funded by the Natural Environment Research Council’s Changing Arctic Ocean programme.

The publication ‘A polar surface eddy obscured by thermal stratification’ can be accessed here.