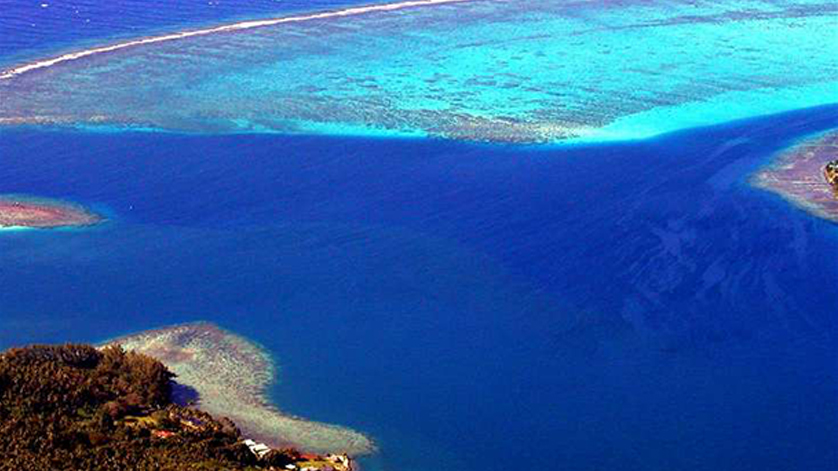 Amid dire reports about the health of the world's coral reefs, National Science Foundation (NSF)-supported marine biologist Peter Edmunds of California State University, Northridge, and other researchers have discovered "oases" where corals appear to be thriving.

The oases provide hope that all is not lost for these increasingly imperiled ecosystems.

The scientists have developed a framework for identifying coral oases. They hope their findings, published today in the Journal of Applied Ecology, will encourage further study into why small communities of corals are surviving when so many reefs are not, and inspire efforts to identify similar oases in other ecosystems.

"These oases are so important because the state of coral reefs over the last 20 years has been increasingly poor," Edmunds said. "Over the last 12 to 24 months, bad news about coral reefs has appeared at an alarming rate, in part due to the severe coral bleaching that happened on the Great Barrier Reef during the 2016 El Niño."

The overall message, he said, has been that reefs are dying, and that many have already gone. But scientists like Edmunds believed there was a chapter missing from the story. 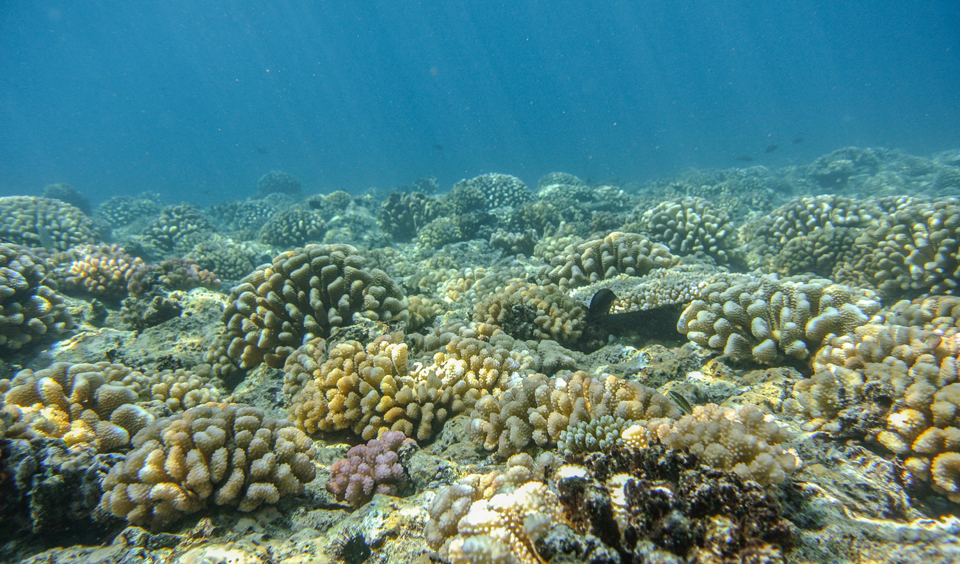 The outer reef at the NSF Mo'orea LTER site, where corals have rebounded from near disappearance. Credit: Peter Edmunds, CSUN

Indeed, it turns out that "there's hope in the form of coral reef oases," Edmunds said. "That doesn't contradict reports of coral reefs suffering huge losses. However, there are kernels of hope where corals are doing better."

Dan Thornhill, a program director in NSF's Division of Ocean Sciences, which funded the study, underscored the importance of the findings.

"Coral reefs are in rapid, global decline," Thornhill said. "This timely and much-needed paper identifies coral reefs that are faring better than most, places that may provide refuges against the worst effects of stressors like climate change."

Studies of Pacific and Caribbean corals

The researchers amassed data on the condition of corals in two regions of the world's oceans: the Pacific and the Caribbean. With additional support from the U.S. Geological Survey (USGS) John Wesley Powell Center for Analysis and Synthesis, they reviewed the data. 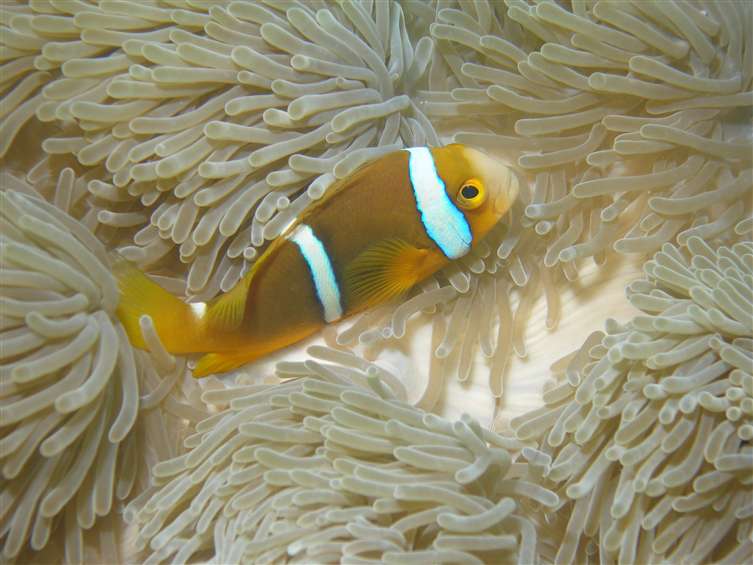 The ecologists have now developed a framework for identifying oases in several coral reef regions; all have been studied for decades. The framework considers the health of coral communities, how often the communities have been disturbed, and how long they've remained in a healthy (or unhealthy) state.

"We were able to bring together information from many locations, something not possible just 10 or 20 years ago," Edmunds said. The scientists categorized 38 oases as either "escape," "resist" or "rebound" oases.

Escape oases are coral communities that have been able to avoid disasters such as bleaching, invasions by coral-eating sea stars, and the wrath of hurricanes. Resist oases are corals that appear hardy and able to resist environmental challenges. Rebound oases are coral reefs that have suffered damage but have rebounded.

Edmunds, who has studied coral reefs in St. John, U.S. Virgin Islands, and at the NSF Mo'orea Coral Reef Long-Term Ecological Research (LTER) site in Moorea, French Polynesia, said he has been surprised by the ability of reefs in Mo'orea to rebound.

"Our team started working there in 2005, and almost immediately found hordes of coral-eating sea stars," he said. "By 2010, there was close to no coral on the outer reefs. And yet, within eight years, the coral has regrown. In places, about 80 percent of the seafloor is now covered with live coral. It's a remarkable example of an oasis." 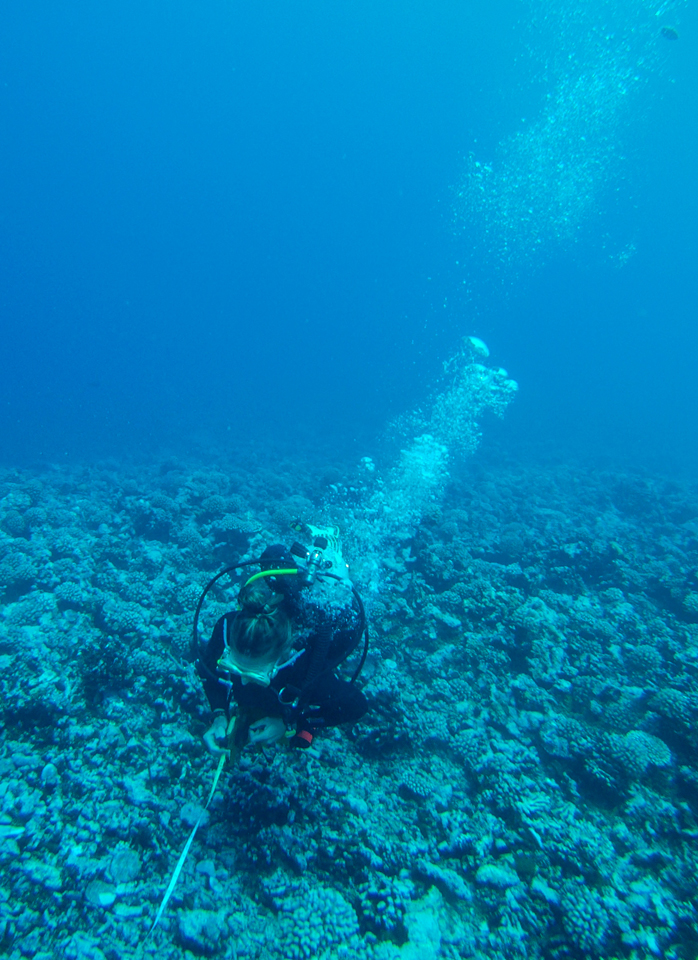 Edmunds said there are likely more coral oases in the oceans. "An oasis, to some extent, is in the eye of the beholder. These are not necessarily large areas of reefs; some of them are very small. There are many of them in the places we investigated, but we did not set out to look at the entire world."

By definition, Edmunds pointed out, an oasis is a rare occurrence. "This project was an effort to see where these sites might exist," he said, "and whether the corals there could withstand present-day stressors."

Edmunds said he hopes the journal paper will provide conservationists and policy-makers with a tool that can be used to identify areas that warrant stronger protection. "If oases are persistent," he said, "they might offer the best chance of survival for many species of animals and plants."