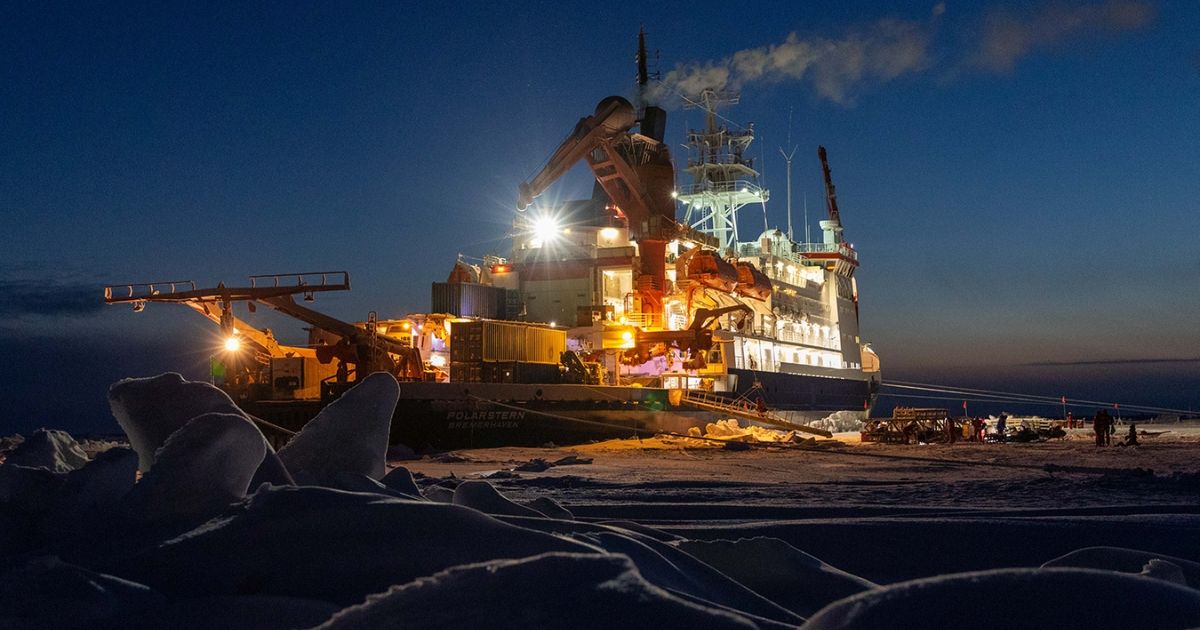 As the sun set on 2019, Senior Research Scientist Steve Archer was about as far from home as possible – and in a place with no sun to set.

Over the previous several months, he had passed the winter solstice in the pitch black of polar night, weathered a cyclone that sheared the sea ice around him, and eaten professionally-baked pastries at the northern end of the Earth.

"Even more than the cold, the darkness was amazing," Archer said. "Everything looked monochromatic, like pictures taken on the moon."

Archer spent more than three months aboard the icebreaker RV Polarstern, drifting across the Arctic Ocean as part of the largest-ever Arctic research expedition. The scope of MOSAiC (short for the Multidisciplinary drifting Observatory for the Study of Arctic Climate) is titanic: a comprehensive, yearlong study of sea ice dynamics and climate.

The enormity of the project requires an international effort, and scientists from 16 nations will spend part of the year aboard the Polarstern. Archer's stint with MOSAiC was just his first. Bigelow Laboratory researchers will spend a total of eight months aboard the ship, collecting data from the expansive sheet of floating ice to which the ship is moored. 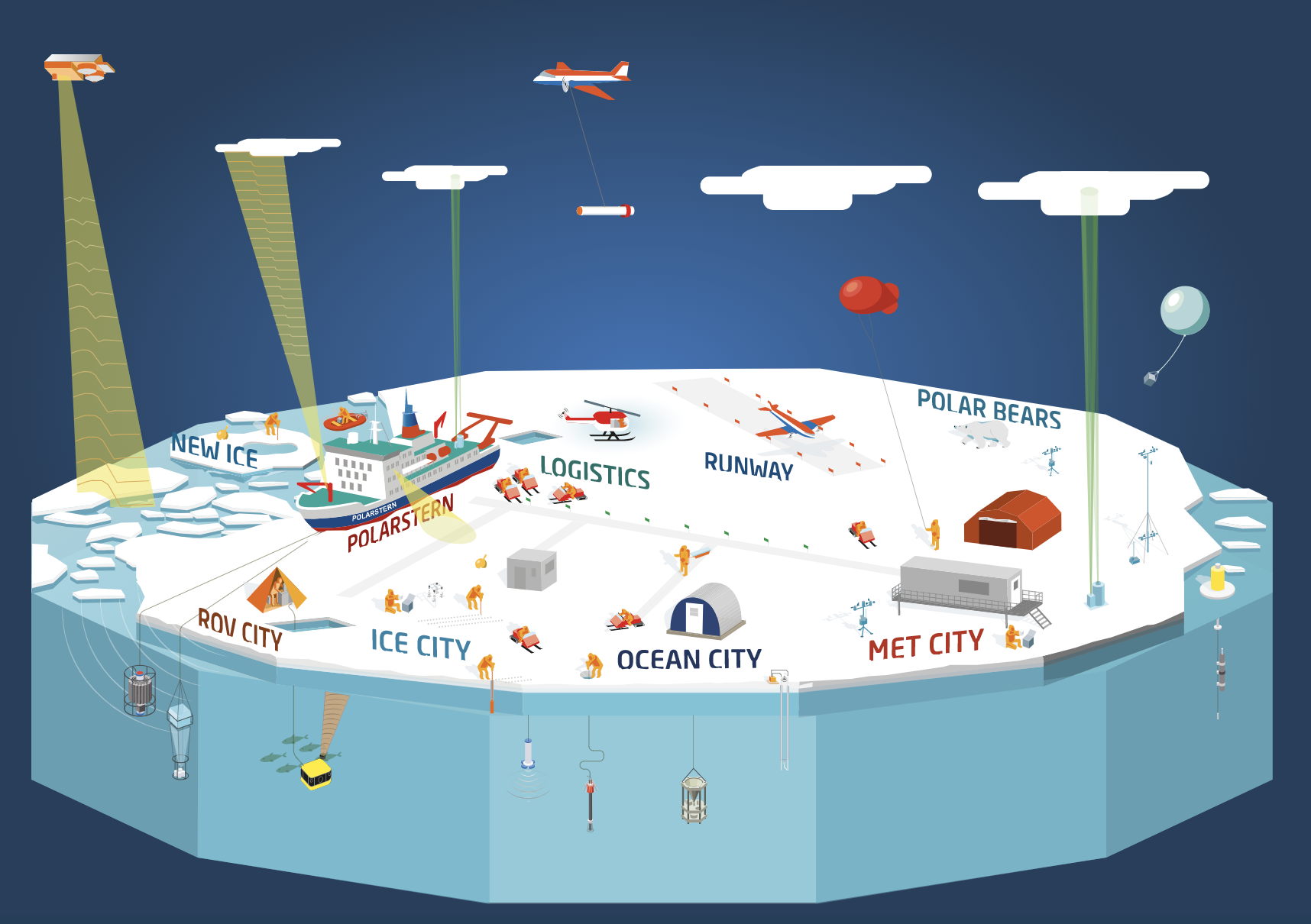 As part of the atmospheric component of the project, Archer is measuring gas exchanges between the ice, ocean, and atmosphere. His team aims to quantify how ozone, methane, dimethyl sulfide, and carbon dioxide flow through the permeable sea ice. Continuous flow changes the levels of these important greenhouse gases in the atmosphere – and ultimately impacts global climate. "This project has been evolving for over a decade, and I'm really pleased to be a part of it," Archer said. "It is a monumental effort, and this is our best chance so far to understand how changing sea ice conditions in the Arctic will influence what the planet's future climate will look like."

Undertaking the largest-ever Arctic research expedition is not without its challenges. Archer and his shipmates have endured extreme cold, storms that upset their scientific set-ups, and profound geographic isolation. However, his winter on the Polarstern was also punctuated by moments of wonder: nights working under bright moonlight, visits from polar bears, and the rare ability to look up and see the North Star directly overhead.

"The environment can pose a real challenge to equipment, and the realities of doing research on the ice in the cold and dark force you to be adaptable and change plans," Archer said. "I was really impressed by how much team spirit there was, and how well everyone worked together and got along."

Archer spent his days tending instruments that measure gas concentrations, installed both on the ship and out on the sea ice. Marked off on the impeccably-zoned floe to which the Polarstern is moored, his study site is nicknamed "Met City." Trips there – or to neighboring sites like "Ocean City" or "Balloon City" – require advance planning and approval, the services of an armed polar bear guard, and some serious cold-weather gear.

Through continuous measurements taken on the ship and at Met City, Archer's team will be able to map the fluctuation of greenhouse gas concentrations through the Arctic annual cycle for the first time. They are also using a portable system to measure fluxes on very small scales, in order to understand how different types of snow and ice cover influence the movement of gases. 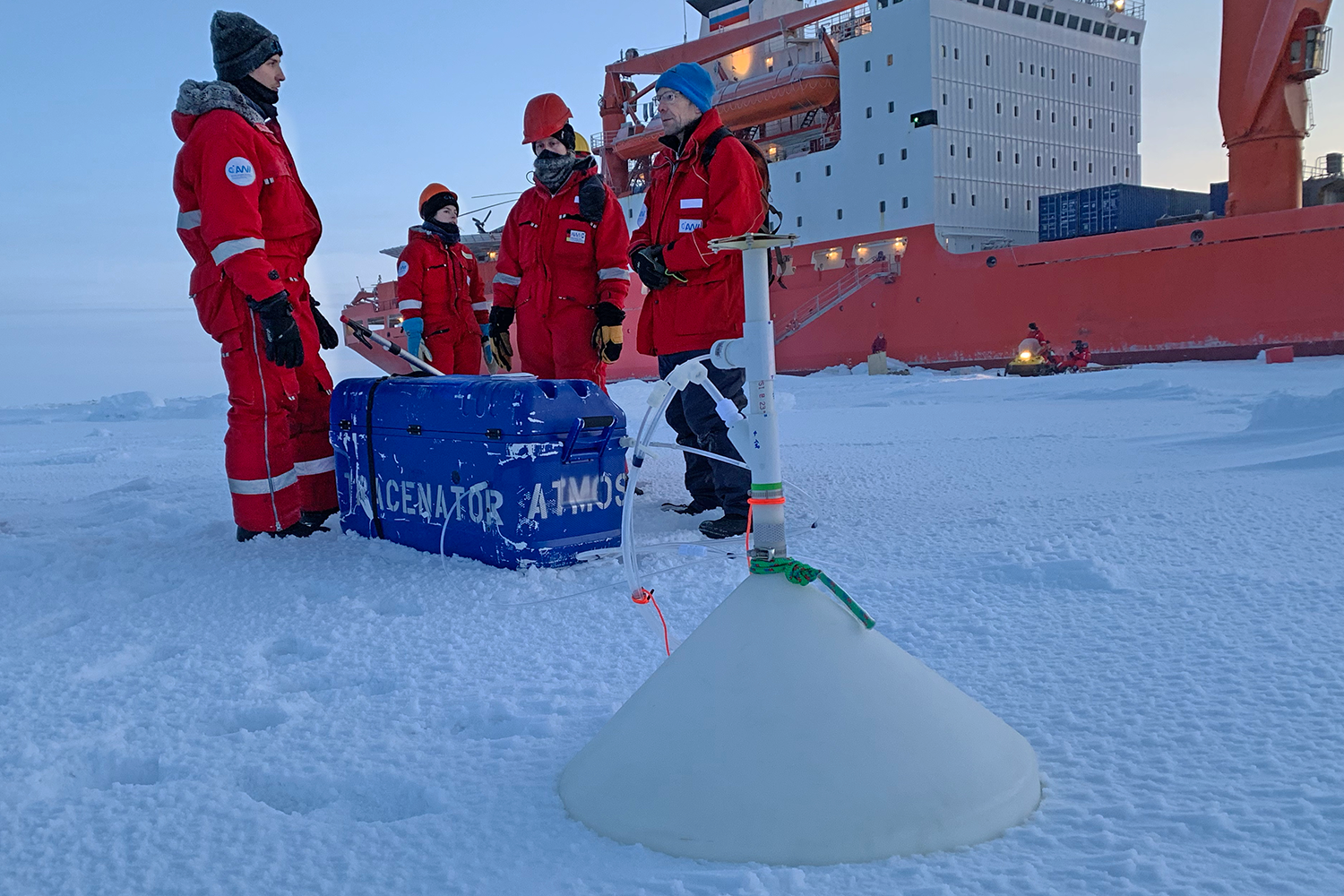 Archer will rejoin the expedition in late March, and Senior Research Associate Kevin Posman will arrive in May. Though their daily routine will look much the same during the Arctic summer, the landscape will be transformed by 24-hour daylight – and so will the ecosystem. "Our approach is new and very sensitive, and things have been going really well so far," Archer said. "The fieldwork is a big undertaking, but the really big thing will be tying it all together into a complete scientific story at the end. That's going to take an equal amount of hard work."