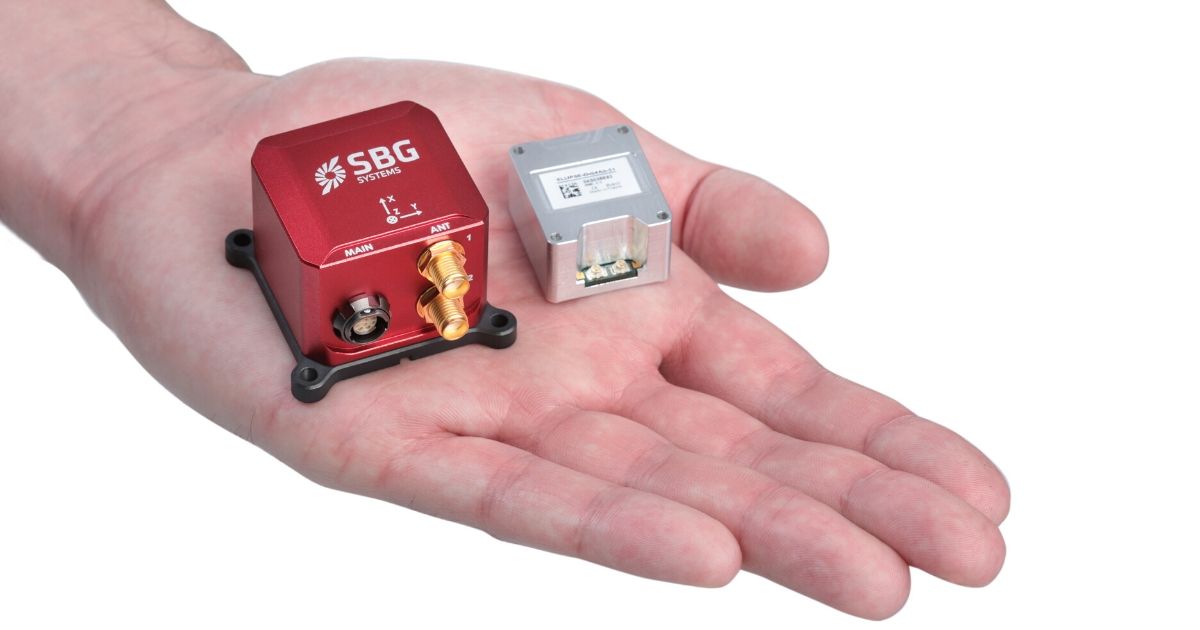 SBG Systems is to announce the third generation of its popular line of miniature inertial sensors called the Ellipse Series.

SBG Systems is the only manufacturer of miniature to high accuracy inertial navigation systems mastering the Inertial Measurement Unit design, calibration, and filtering. All improvements made in the high-end lines could naturally benefit to the Ellipse miniature line.

The company is proud to present the third generation of its popular range of miniature inertial sensors called the Ellipse Series. The line is composed of four models: The Ellipse-A  is a motion sensor, the Ellipse-E provides navigation with an external GNSS receiver, the Ellipse-N is a single antenna RTK GNSS/INS and the Ellipse-D is a dual-antenna RTK GNSS/INS. With its new 64-bit architecture, the Ellipse Series 3rd generation enables the use of high precision algorithms and technology used in high-end inertial systems such as rejection filters, FIR filtering, etc. All Ellipse miniature INS are now RTK-enabled without extra cost and output raw data for post-processing. All these features are made possible in small and robust aluminum enclosure box version, but also in the 17-gram OEM version providing unmatched performance/size ratio.

Whether you choose the box or the OEM version, get the best performance/price/size ratio with the new Ellipse-D. With its dual frequency RTK GNSS receiver, the Ellipse-D provides a centimetric position. Dual frequency provides a way more robust heading and position computation than single frequency receivers. It allows unmatched performance in attitude (0.05°) and in heading (0.2°). With its dual-antenna capability, Ellipse-D provides precise heading in a few seconds, in all dynamic conditions, and even in challenging GNSS conditions. It is also immune to magnetic disturbances. Ellipse-D is quad-constellation, meaning it could use simultaneously satellites from GPS, GLONASS, BEIDOU, and GALILEO for more signal availability in challenging navigation conditions.

Robustness and reliability have always been at the core of the Ellipse Series. Designed with high quality industrial-grade components, Ellipse inertial sensors are highly tested and calibrated in dynamic and temperature for a consistent and repeatable behavior in all conditions. Highly reliable, the Ellipse Series is the only miniature inertial sensors coming with a two-year warranty.

The Smallest Heave Sensor on the Market

All Ellipse marine versions output a 5cm heave, that adjusts automatically to the wave period. Fusion with DVL could be an additional performance enhancement for real-time navigation. This sensor could be easily integrated into marine projects thanks to compatibility with numerous industry software (TSS1, PASHR, INDYN protocols). Ellipse is the smallest heave sensor at this level of performance, and the OEM version allows the tightest integrations.