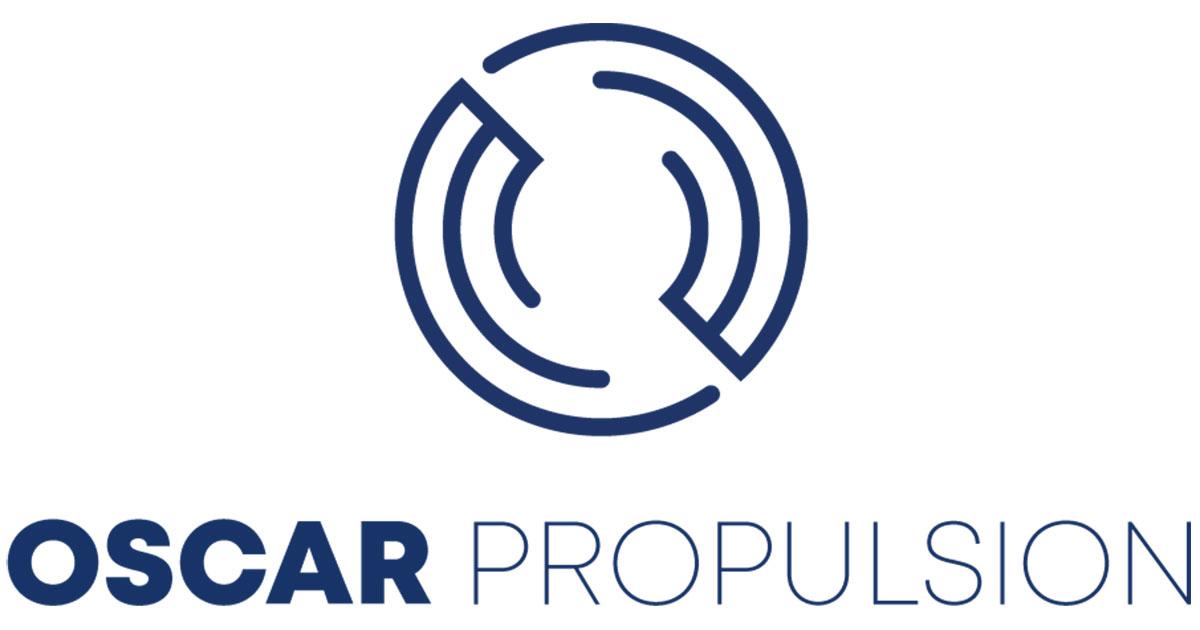 The patented Oscar PressurePores system reduces propeller tip vortex cavitation by applying a small number of strategically bored holes in the propeller blades. The addition of these pressure-relieving holes now allows ships to operate with a more silent propeller with a minimum of compromise on its efficiency or having to slow steam. Reducing cavitation also reduces its associated erosive effect. 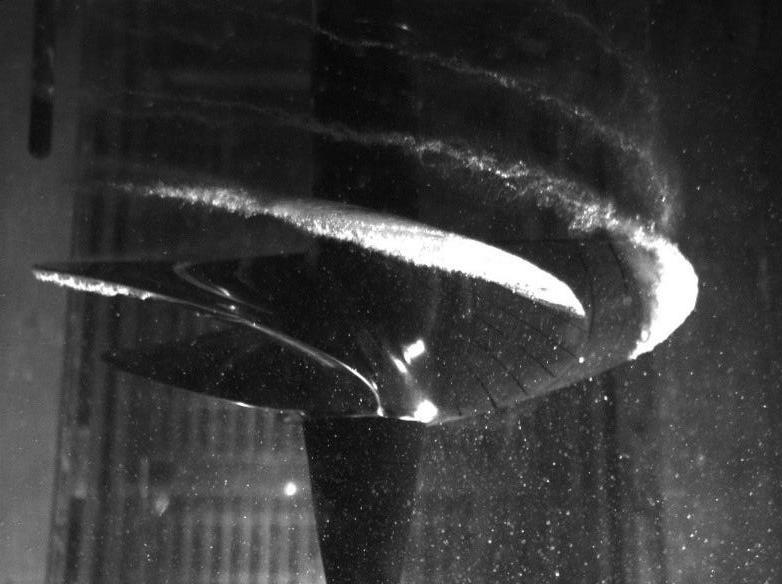 David Taylor, CEO, Oscar Propulsion, said: “Underwater radiated noise is one of the most adverse environmental by-products from commercial shipping, yet unlike other forms of marine pollution, there is no legislation yet in place to prevent this type of environmental damage. Increased levels of shipping noise, especially in the low-frequency range, disorientate marine fauna and disrupt their communication signals, leading to behavioural changes or local extinction. We now have a cost-effective, easy-to-apply solution to prevent this from happening. Introducing holes in propeller blades to reduce root cavitation, for example, is not in itself new, but achieving high levels of noise reduction by strategically placing relatively few holes, while maintaining efficiency, is new.” 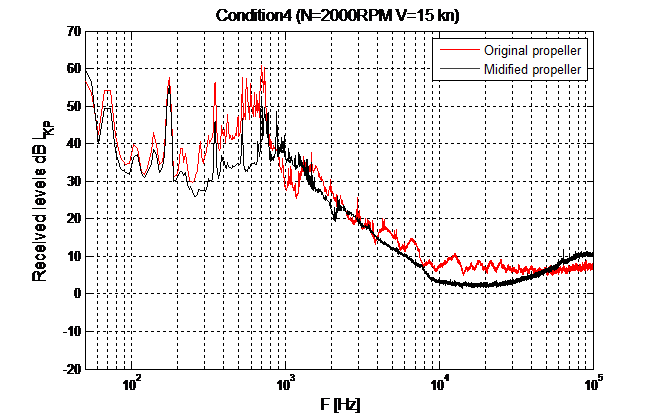 During the development of this technology at Strathclyde using comprehensive computational fluid dynamics (CFD) modelling and cavitation tunnel tests, it was demonstrated that the PressurePores system can reduce cavitation volume by almost 14% and underwater radiated noise (URN) by up to 21dB.

The results were further verified in separate tests on the sub-cavitating propellers used by the Princess Royal, a 19m research catamaran operated by Newcastle University. The original, unmodified model propeller was tested and used as a reference. Then CFD analysis and model tests were carried out on two propellers of the same design, one with 33 strategically-introduced holes in each blade, another with 17 holes.

The outcome showed that PressurePores technology substantially reduced tip vortex cavitation and URN. “Remarkably, it was found that the optimum number of holes could be as few as 17 per blade tip so long as they were placed in the most effective positions,” said Taylor.

“It’s not a case of simply drilling holes into the blades, as this will affect the propeller’s thrust capability. CFD modelling at Strathclyde allows us to know exactly where to place the holes for maximum efficiency and optimum noise reduction.” Taylor added.

Professor Mehmet Atlar, the Research Director of the Department of Naval Architecture, Ocean and Marine Engineering at the University of Strathclyde, said: “For a ship with non-cavitating propellers, the dominant URN is associated with the hull and propeller flow, as well as the ship’s machinery and electrical sources. As soon as the propeller incepts cavitation, the dominant source becomes propeller cavitation, whilst these other sources still contribute. As a result, a series of periodic tones at discrete blade rate (low) frequencies and its multiples, takes place. This is accompanied by a spectrum of broadband (high) frequency noise due to cavitation and its complex dynamics”.

It is interesting to note that propeller cavitation can generate as much as 180dB of underwater radiated noise and can be heard by marine life 100 miles away.

Dr. Stephen Simpson, Associate Professor in Marine Biology & Global Climate Change, University of Exeter, a leader in marine noise pollution research, said: “Noise levels in the ocean due to maritime activity has been rising for decades, from a growing number of sources, including shipping, motorboats, oil prospecting, offshore energy installations and military activity. Loud sound can cause irreversible damage to marine wildlife through stress, deafness, habitat displacement, reduced reproduction, lost feeding opportunities and even death. Any way to reduce our acoustic footprint in the ocean will benefit marine ecosystems”.

David Taylor furthered: “PressurePores has a major mitigating effect on propeller cavitation and URN and can be incorporated into new propellers or can be retrofitted to existing propellers either in drydock or possibly in-water. While PressurePores are suitable for all types of vessel, they are particularly suitable for naval vessels, fishing fleets, offshore vessels and cruise ships operating in sensitive environments. The technology can be applied to all types of propellers, including pods and thrusters.”

Oscar Propulsion is now looking to partner with shipping companies and propeller designers or manufacturers to commercialize the PressurePores concept and to help the shipping industry operate in an environmentally safer way.