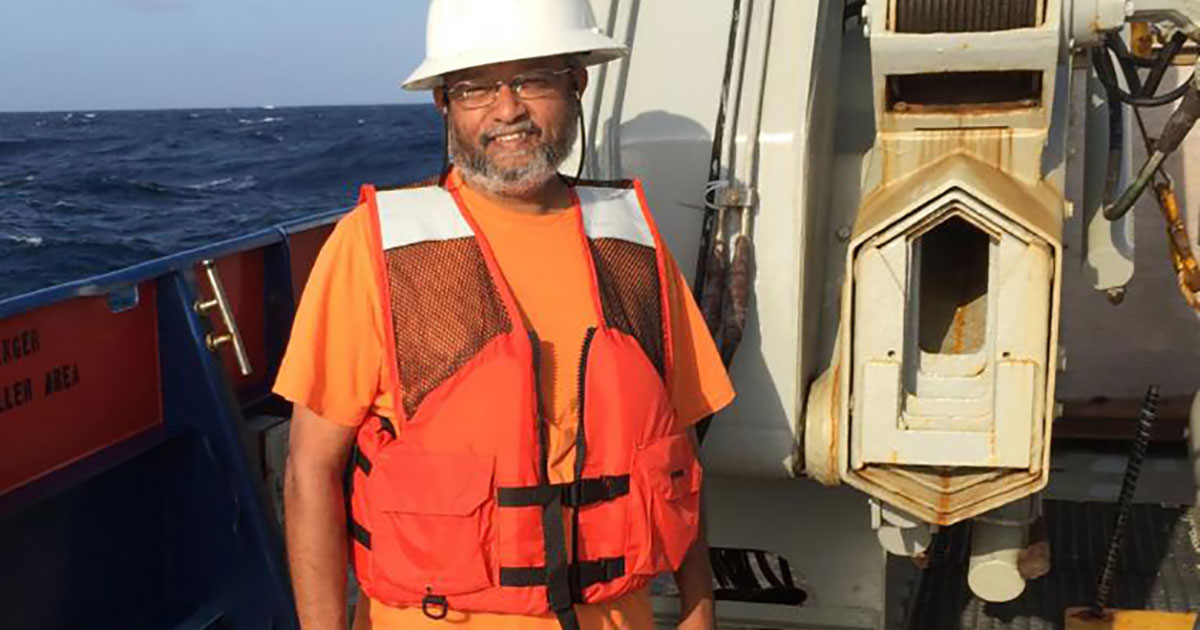 Hemantha Wijesekera, Ph.D, NRL research oceanographer, lead a team of scientists from the US Naval Research Laboratory, University of Notre Dame, and the National Aquatic Research and Resources Agency in Sri Lanka, evaluated air and sea processes that contribute to monsoon intensity, May 26 through June 26, 2019. US Navy Photo/Released

Oceanographers and meteorologists with the U.S. Naval Research Laboratory concluded an ambitious field research program in collaboration with the U.S. Office of Naval Research aimed at understanding the role of the Indian Ocean on monsoon intra-seasonal oscillations (MISO), June 26, 2019.

The project seeks to understand this major weather phenomenon that impacts more than one billion people living in the Indian subcontinent and the Bay of Bengal rim nations.

“Monsoons bring not only much needed water resources, but also major disasters resulting from severe weather, flooding, and storm surges,” said Hemantha Wijesekera, Ph.D., research oceanographer and lead principal investigator. “The goal is to study and quantify oceanic processes that regulate the intensity and propagation of the MISO in the region.”

Several times a year from May to October a process called MISO occurs in the atmosphere over the Indian Ocean, the western tropical Pacific Ocean, and surrounding land areas. This weather event brings periods of extremely wet and extremely dry conditions to the area, significantly affecting the people and the economy of those areas. Researchers do not currently know the extent to which the Indian Ocean affects the intensity of this process. 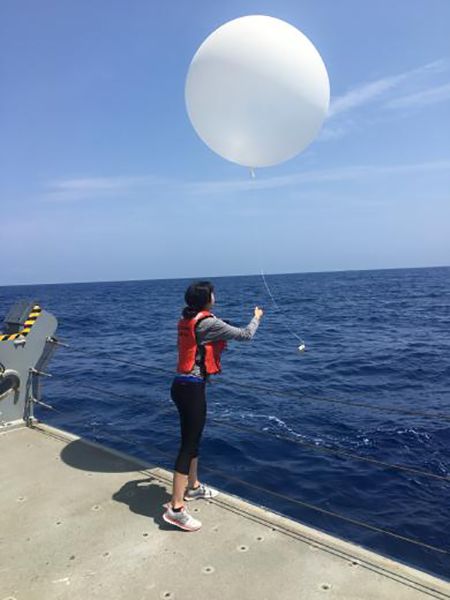 Deployment of radiosonde to record temperature, humidity and pressure during the oceanographic cruise aboard R/V Sally Ride in the Bay of Bengal. (US Navy Photo/Released)

Scientists from the U.S. Naval Research Laboratory, University of Notre Dame, Army Research Laboratory, and National Aquatic Research and Resources Agency in Sri Lanka evaluated air and sea processes that contribute to monsoon intensity from May 26 to June 26. Researchers recovered five deep underwater moorings, and sampled and evaluated surrounding ocean temperatures, salinity, and wind to help understand how those variables may influence MISO.

Instruments connected to the deep underwater moorings collected a variety of data including temperature, salinity, pressure, dissipation of kinetic energy of turbulence (i.e., the rate at which the turbulence energy is absorbed by the breakdown of eddies into smaller and smaller eddies), and currents in the upper 600-1000 meters of the ocean for a period close to a year. Several deep and shallow ocean-sondes measured ocean currents, bio-optical profiles, and multi-beam bathymetry. 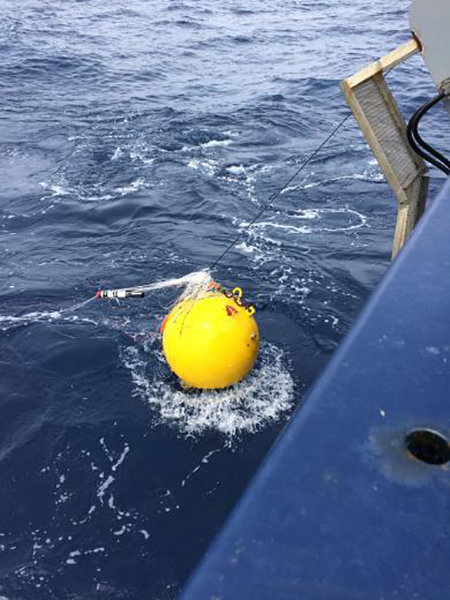 Science party recovers one of the many moorings entangles with fishing line and hooks during the oceanographic cruise aboard R/V Sally Ride in the Bay of Bengal. (US Navy Photo/Released).

University of Notre Dame scientists collected atmospheric observations in collaboration with NRL-meteorologists. They collected data on humidity, temperature, and flow fields from the atmospheric boundary layer— the lowest part of the troposphere, approximately a kilometer above Earth’s surface, and above. Near surface meteorological measurements were also collected.

Observations of currents and hydrographic fields (measuring and describing the physical features of bodies of water and the land adjacent to them) for the same purposes as this study are rare within the Bay of Bengal and Sri Lanka. 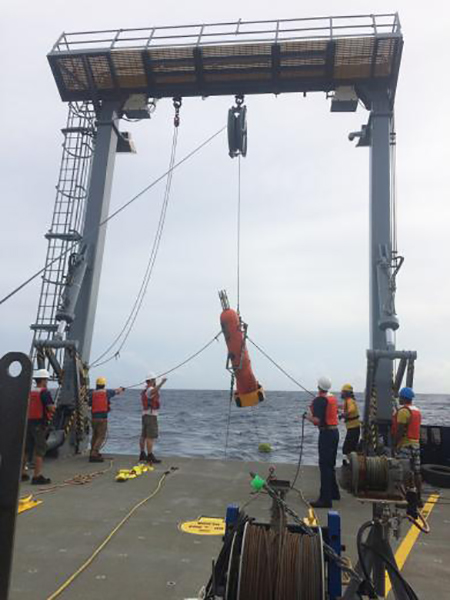 Researchers recover a large buoy housed to a velocity and temperature microstructure package during the oceanographic cruise aboard R/V Sally Ride in the Bay of Bengal. (US Navy Photo/Released).