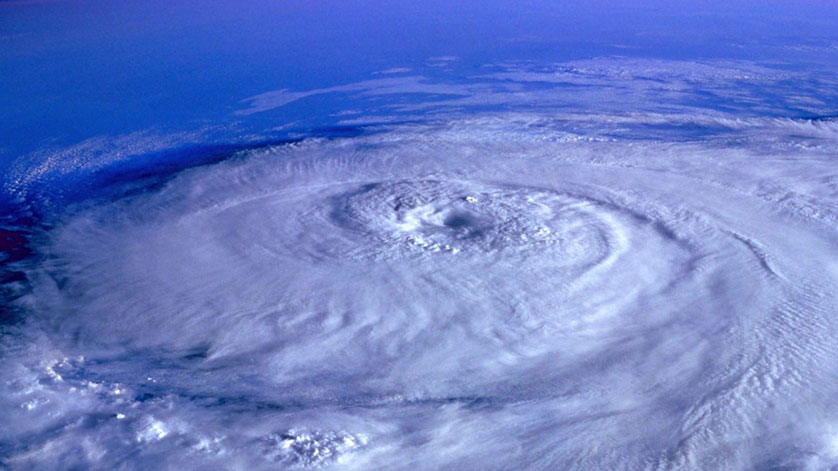 In recent years we have witnessed intense tropical storms that have taken many thousands of human lives and caused massive destruction. For example in 2005, hurricane Katrina killed more than 2,000 people and caused damage worth about NOK 800 billion. In 2016, hurricane Matthew swept across Haiti, taking 852 human lives and destroying many towns on the island.

Warm water is the problem

So to the big question. Is it possible to cool the sea surface to below 26.5°C by exploiting colder water from deeper in the water column? Many have tried to address this problem in the past (for example, see National Geographic magazine, 10, 2017.).

People have suggested towing icebergs to the Gulf of Mexico from the Arctic. Others have proposed seeding clouds with sea salt in order to make them whiter, thus increasing their reflectivity and so reducing sea surface temperatures. Attempts have been made to use aircraft to release dry ice in the vicinity of hurricanes with the aim of increasing precipitation as a means of dissipating energy.

“However, none of these ideas or suggestions have been great success stories”, says Eidnes.

Researchers at SINTEF now intend to save lives by using a tried and tested method called a “bubble curtain”.

The method consists of supplying bubbles of compressed air from a perforated pipe lowered in the water, which then rise, taking with them colder water from deeper in the ocean. At the surface, the cold water mixes with, and cools, the warm surface water.

“Our initial investigations show that the pipes must be located at between 100 and 150 metres depth in order to extract water that is cold enough” says Eidnes. “By bringing this water to the surface using the bubble curtains, the surface temperature will fall to below 26.5°C, thus cutting off the hurricane’s energy supply”, he says, before adding that “This method will allow us quite simply to prevent hurricanes from achieving life-threatening intensities”.

Norway has been using bubble curtains for many years, and researchers at SINTEF believe that these can also be used to prevent hurricanes.

“For example, we use them for keeping our fjords free of ice”, says Eidnes. “During Norwegian winters, sea surface water is colder than at depth, so by lifting warmer water to the surface using bubble curtains, we can prevent the fjords from icing up”, he says.

It was Olav Hollingsæter, founder of the company OceanTherm AS, who came up with the idea of cooling ocean surface waters as a means of preventing hurricanes.

“It all began in 2005 when hurricane Katrina swept over New Orleans, taking with it many thousands of human lives”, says Hollingsæter. “The hurricane’s strength was the result of high seawater temperatures, and my first thought was that we should be able to do something about this”, he says. He then contacted researchers at SINTEF, who had previously been working with curtains as a means of restricting the spread of oil spills. SINTEF supported his idea, so the project is now under way.

“Our system represents no obstruction to shipping and can be implemented at both small and large scales. We can deploy bubble curtains based on oil production platforms”, he says. One area that researchers argue will be suitable for this system is the Gulf of Mexico, which is host to more than 4,000 platforms.

“It’s also possible to deploy large-scale systems, for example by installing pipes across the entire Yucatan Strait, or extending them from the mainland along the coast. There is no shortage of possibilities”, says Eidnes. (View the map).

The US is regularly hit by hurricanes. However, there are also areas in Asia that are affected by fatal hurricanes with the power to devastate large island communities. “The cost-benefit potential of the SINTEF project is very great”, says Hollingsæter. “The most intense hurricanes cause communities major material damage and, in some cases, many lives are lost. This project is both meaningful and important. I hope and believe that we will succeed”, he says.

Last spring the project was granted funding from Innovation Norway in order to carry out preliminary studies. Hollingsæter now hopes and believes that these studies can be continued with funding from the Research Council of Norway.