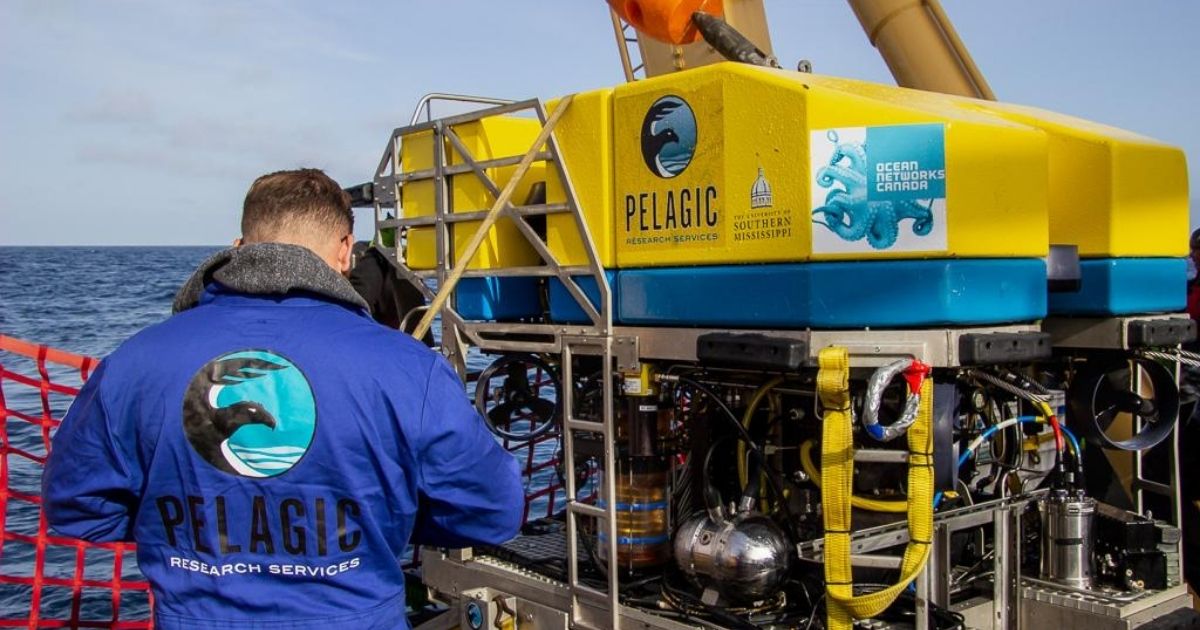 Pelagic Research Services (PRS) has again been selected to provide ROV services for Ocean Networks Canada (ONC), as an integral team aiding their continued work on ocean observatories for September 2020.

PRS’ deep sea ROV system Odysseus will be mobilized on the Canadian Coast Guard ship John P. Tully for a 14-day expedition. “The work of ONC is vital to increasing both Canada’s and the world’s understanding of our ocean systems,” say PRS CEO and co-founder Edward Cassano. “ONC trusts PRS ability to achieve expedition objectives, which is demonstrated by our continued selection for this work. We are truly honored and humbled to be part of their team.”

Equipped to perform heavy lift and fine scale manipulation of scientific instruments and sensors, PRS will also be providing subsea navigation services on this project, for both ROV tracking and precise instrument placement and recovery. Water depths for this project will include high-current, low-visibility environments off the Fraser River, as well as extensive operations at greater than 2200 meters in the hydrothermal vent fields.

Pelagic Research Services has just returned from a 16-day expedition supporting Ocean Networks Canada for the continuing “Wiring the Abyss” project. Working with the ship’s crew as well as the ONC team to ensure and maintain efficiency, PRS was able to deploy for 12-hour per day operations over the course of the 16-day operation, predominantly focused on deep sea. With some days lost to weather, PRS had 11.5 available days to dive, completing 12 dives, with an average 11 hours off deck. (Note: due to Covid-19 mitigation protocols only 12-hour per day were allotted for ROV operations making off deck and work time precious.)

Using an integrated iXblue Inertial Navigation System coupled with a Nortek Doppler Velocity Log, PRS was able to achieve outstanding navigation results in the challenging marine environment of the Endeavour Hydrothermal Vents. All operational objectives were completed other than those delayed due to weather - multiple packages weighing over 2,000 pounds with complex instruments were deployed and recovered, while dozens of connections were made at the Neptune observatory site.

“The ROV system and team always work very well with the ONC team. The latest expedition in June resulted in little down time for maintenance and the new system upgrades to the vehicle were major operational time savers”, says Ian Kulin, Director Marine Operations, ONC