OPINION: Deep Sea Marine Science is Key to Unlocking the Potential of Our Oceans 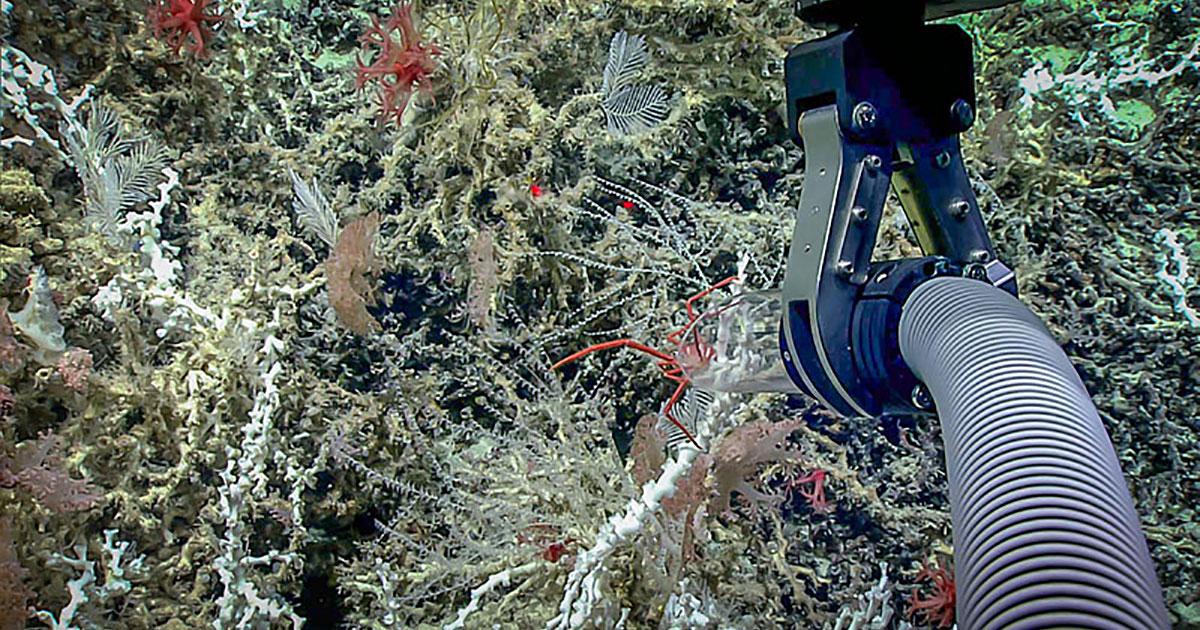 There has never been a time of greater promise or greater challenge for the future of our oceans.

vIt’s a topic on everyone’s minds as the international community gathers in Copenhagen this week for the first Global Planning Meeting for the U.N. Decade of Ocean Science for Sustainable Development (2021-2030).

From transforming the scientific capacity of Pacific island countries dependent on the ocean for their survival, to increasing ocean literacy for the sustainable development of Africa’s Blue Economy - international cooperation to advance deep sea marine science will be key to unlocking the potential of our oceans.

The role of ocean science in furthering the 2030 Agenda for Sustainable Development is widely recognized.

In 2017 the U.N. General Assembly declared the U.N. Decade of Ocean Science for Sustainable Development for 2021-2030 to foster scientific research and technological innovation in support of a healthier, more sustainable ocean. An initiative led by the Intergovernmental Oceanographic Commission of the UN Educational, Scientific and Cultural Organization (IOC-UNESCO).

In his annual report on ‘Oceans and the Law of the Sea’, released in March 2019, the U.N. Secretary-General, underlines the cross-cutting role of ocean science in the achievement of the Sustainable Development Goals (SDGs). This is at the core of the International Seabed Authority’s (ISA) mandate.

Indeed, ISA’s mission is to promote and encourage the conduct of marine scientific research in the international seabed area, and especially to facilitate effective participation by developing States in deep sea exploration and research programmes.

Recognizing these synergies, IOC-UNESCO and ISA have joined forces to achieve shared objectives, such as improved mapping of the seabed and enhancing ocean observing networks. By building inclusive, innovative and transformative partnerships, IOC-UNESCO and ISA are meeting their strategic objectives and those of the U.N. Decade - to universally foster action to advance ocean science for the benefit of all mankind as a whole.

There is no doubt that ocean science will be critical for the survival of our planet.

Nearly 3 billion people depend on marine and coastal biodiversity to meet their needs.

The ocean absorbs around a third of the CO2 produced by humans and reduces the impact of climate change. Yet we still know so little about the cumulative effects of the human activities on our oceans. According to the IOC’s 2017 Global Ocean Science Report, national spending on ocean sciences only accounts for between 0.04 to 4 per cent of the total invested in research and development.

Indeed, the ocean remains one of the least known areas of the planet. It covers 71 percent of the globe, yet we have explored less than 5 percent of it.

Covering 54 percent of the world’s oceans, the international deep seabed is at the center of this new frontier. The rich biodiversity and large mineral deposits found on the sea floor create exciting challenges and opportunities to further develop a sustainable future. Yet our knowledge of the seabed in areas beyond national jurisdiction, including the interaction between the physical structures and the biota in those areas remains limited.

But things are changing. In light of new developments in science and technology, as well as shifting economic circumstances, commercial interest in deep sea mining has grown rapidly in recent years. Over the last decade, ISA has issued 29 contracts for exploration of the international deep seabed area, involving 22 different countries, covering 0.7 per cent of the world’s seabed. Most of these are in the abyssal plains of the Clarion-Clipperton Zone, a region spanning 5,000 kilometers¬ across the central Pacific Ocean.

The research undertaken as part of these contracts is the main source of data and knowledge helping us to better understand the deep seabed ecosystems and functions. It is through this research that we will be able to identify the best measures required to prot¬ect the marine environment from the effect of human impact.

This will be crucial as ISA finalizes the draft Mining Code for deep seabed mining in the international seabed area. ISA has led several rounds of global stakeholder consultation with its 168 Member States and Observers from civil society and international organizations over the last five years to develop the draft regulations.

More than ever, international cooperation to advance marine scientific research in the deep seabed is required and will be key to the sustainable development of our oceans. Strengthening multidisciplinary and cross-sectoral multi-stakeholder cooperation at all levels will be essential to addressing capacity and other gaps in ocean science.

The partnership between ISA and IOC-UNESCO is a vivid example. This common mandate to promote international cooperation and capacity-building has been formalized by the signing of the Memorandum of Understanding in 2001. By working together we can improve deep sea marine science and unlock the potential of our oceans.

This year, as we move toward the launch of the U.N. Decade of Ocean Science for Sustainable Development (2021-2030), the need to develop and execute concrete investment and implementation strategies to advance ocean science takes on a renewed urgency.

We are all dependent on the ocean for survival. Together, we must build the capacity of Member States, civil society and the private sector to address knowledge gaps and enable action at all levels to deliver, together, the ocean we need for the future we want.